Written by Jo Crowley on 15. Jul 2022
Photographs by Jakhongir Toshpulatov
Share
On Monday 13th July 2022 the partners involved in the SchoolJudo.EU project gathered at the IJF presidential office for a transnational meeting to reflect on the project so far and plan the next phase. The organisations represented included the Hungarian judo Association, the Italian federation, Skills For Life, the IJF Academy and the IJF.

The meeting began with a discussion about the success of the pilots which ran in Italy, Hungary and Slovenia. Valuable feedback was heard from both the national federations and the Entertrainers. The overwhelming feeling was that the project had produced hugely positive results and provided some clear conclusions regarding values-based teaching and its impact on school children.

Building on the great work already done, the strategy for completing outstanding tasks was drafted, including the creation of further intellectual outputs. The Green Paper and a range of multiplier events are next on the list, more to report about those in the coming weeks. There was also some exciting discussion around the panel of advisors being assembled to monitor all activities and offer advice, guidance and ideas across various aspects of the project. 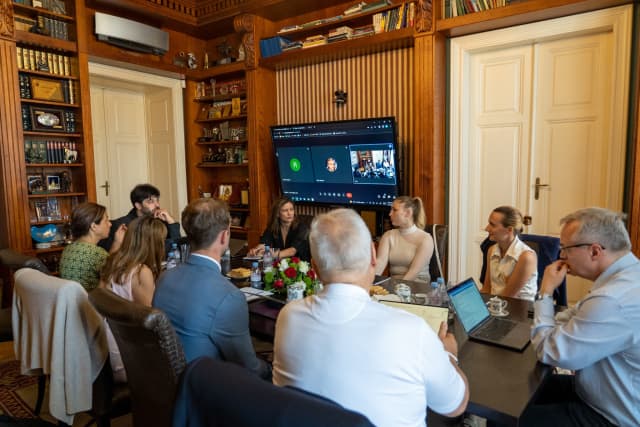 The group then recapped the minutes of the February 2022 Entertrainer transnational meeting, held in the Netherlands ahead of the pilots. There were then successful pilots in the 3 countries: Hungary, Slovenia and Italy. This successful interim project report has resulted in the next funding amount being received. Figures-wise, the pilots have involved 12 week programmes in each of the 3 countries, 6 Entertrainers, 21 different class groups and a total of 380 children participating. 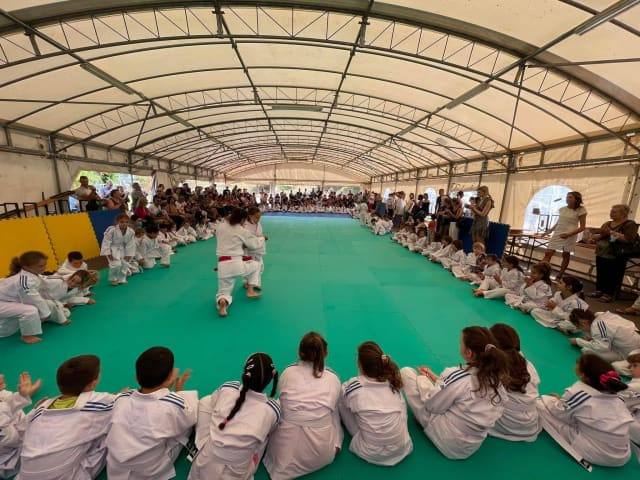 With so much success already logged, what’s next? The task list remains long! There must be strong engagement with the new advisory board, gathering their evaluation and feedback in their fields of expertise, for the practical application of theories and also for the intellectual outputs produced. The collaboration to complete the Green Paper in time for validation and dissemination in December 2022 will continue. The preparation of all project reports for the final report due at the end of the project will also be drafted, redrafted and added to throughout the coming months, ready for submission. The last big job on the list is to deliver the final multiplier events in each pilot country in September of 2022.

Flávio Ceci, SchoolJudo.EU Project Manager is impressed with the scope of the project, “We’re now in the last stretch of the SchoolJudo.EU project, in a strong phase of self-reflection and synthesis. The future of our endeavor is now very clear: we can push to adopt a standard, EU-wide methodology for the value-based component of judo, to be taught in primary schools and extended throughout Europe.

In a sense then, the end of this Erasmus+ project will actually be a new beginning. There’s so much more to be done and I’m extremely proud of what we have achieved so far.” 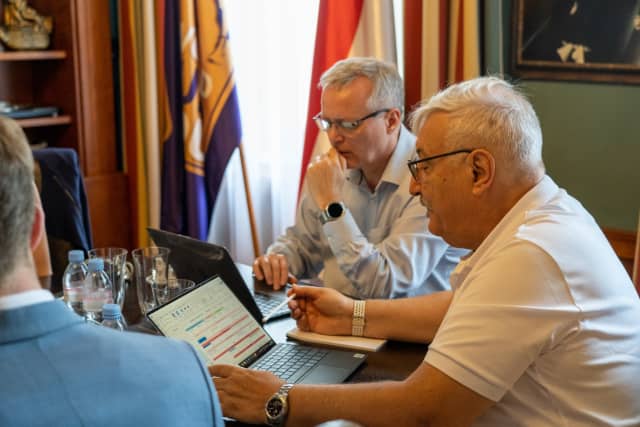 Grazia Valenzano from the Italian Judo Federation said, “Today's meeting was the first opportunity to meet in face-to-face with some of the partners and compare our visions and expectations for this judo in schools project. We are all aware that we have developed a powerful tool for educating children through the practice of judo. Now our task is to disseminate the results achieved in order to spread this methodology.”

Margareta Bacsu from the Hungarian Judo Association is also excited for the future of the project, "Today, in the IJF office, we had a transnational project meeting with the outstanding professionals who took part in the development of the SchoolJudo.EU programme and the implementation of its first pilots. It was a great pleasure to see that the programme has been so successful, not only in Hungary but also in other countries. We hope that the programme will continue and we can introduce the values of judo and the sport itself to additional schools.” 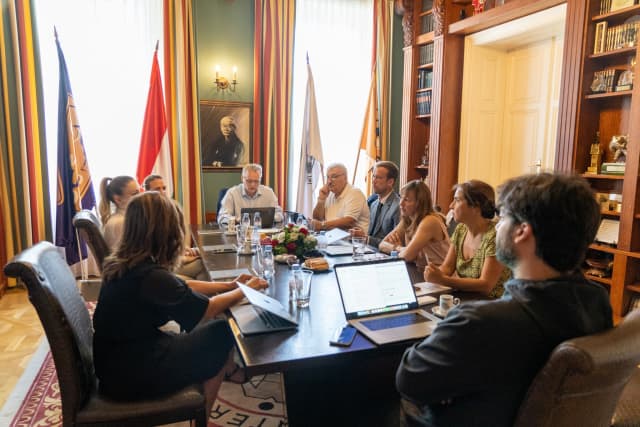 Vlad Marinescu, IJF Director General is feeling more than satisfied, acknowledging the powerful impact projects such as this could have on the future of children’s education, not only in Europe but worldwide. “With the SchoolJudo.EU project we are only just scratching the surface of what is possible. The impact of these teaching methods on children and on whole school communities is becoming clearer day by day and to have the opportunity to spread the Entertrainer system throughout the world offers us enormous hope for the future. We believe that the inclusion of judo in the lives of all children can contribute to a better world for everyone and with this SchoolJudo.EU methodology we lead with the values, at a time when the world needs values more than ever.

The IJF already has Judo in Schools projects in more than 60 countries in the world and this further extended and improved teaching method, supported and funded by the Erasmus+ programme, enables us to level up once again.

The team has crafted the programme and taken every care to ensure it is rigorously monitored and that means these results can be trusted and archived. I congratulate the whole team and look forward to the months and years ahead. It’s a truly exciting time for judo at school level and beyond.”

The project is in a great position to begin the next phase.