Made in Tel Aviv: Bridges and History

Written by Nicolas Messner, Jo Crowley on 19. Feb 2021
Photographs by Gabriela Sabau
Share
The World Judo Tour catches moments of attention beyond the world of sport, once in a while, but here we can feel the eyes of the world on us, with Tel Aviv proving to be the epicentre of a wave of goodwill that will undoubtedly circumnavigate the globe. 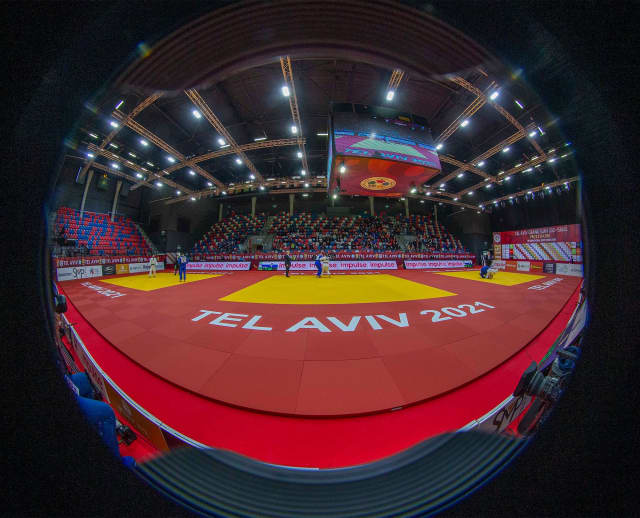 It is not just about having the means to showcase our sport but also to showcase our values, with the International Judo Federation leading the way under the authority of President Marius Vizer and with the Israeli Judo Federation, headed up by Moshe Ponte, extending the warmest welcome to Saeid Mollaei after a period of instability and insecurity for him. This moment of peace is a real message to other sports and to the powers that be in other fields.

There are athletes that you are never really surprised to find in a final of a major event on the World Judo Tour. Among them, world number two Tina TRSTENJAK (SLO), World and Olympic Champion, is undoubtedly a perfect example of consistency and commitment. Once again the young woman, seeded number one in the absence of Frenchwoman Clarisse Agbegnenou, her great rival, found herself in the final. In front of her, an acquaintance, her compatriot Andreja LESKI, third in the last World Judo Masters in Doha. It was TRSTENJAK who controlled the pace of attack and in the end that was enough to secure the win and an incredible eighth grand slam gold. 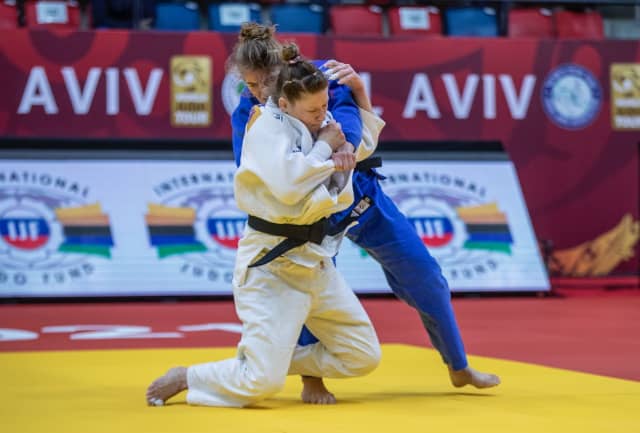 In the first match for bronze, Agata OZDOBA-BLACH (POL), whose last podium on the circuit dates back to the Budapest Grand Prix in 2018, was up against the Dutch judoka Sanne VERMEER, junior world champion in 2018. It was a Dutch victory and a first grand slam medal for VERMEER.

It was the second bronze medal match that the Israeli fans could start to rejoice for, as Gili SHARIR (ISR) prepared to fight Magdalena KRSSAKOVA (AUT), winner of the Cancun Grand Prix in 2018, but their cheers were short-lived as the Austrian neutralised all attacks from the Israeli, leaving the final result to be decided by penalties and the home nation was left with disappointment. 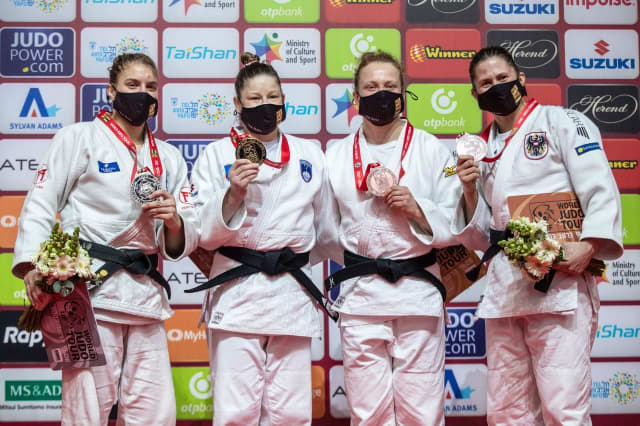 The local public had high expectations for the performance of Tohar BUTBUL (ISR), the tournament's number one seed at -73kg. However, the Israeli, after a thunderous start, lost in the quarter-finals against the future champion, Alexandru RAICU (ROU).

RAICU was the surprise guest of the category; the Romanian has not obtained any medals on the circuit previously, so gold today, after an explosive final with dynamic young Italian Giovanni ESPOSITO (cadet world champion in 2015 and already a silver medallist in Tel Aviv last year), was an unexpected treat. 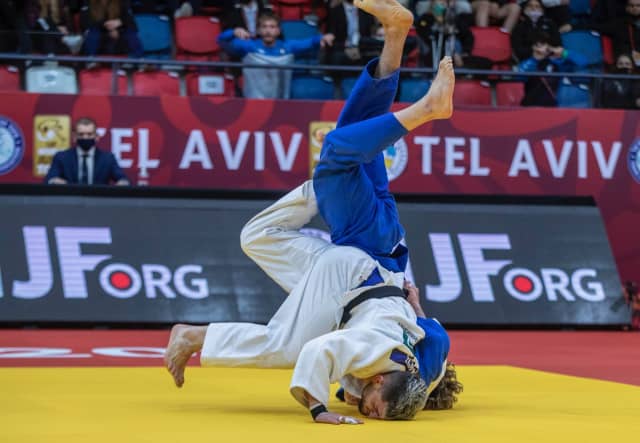 Raicu and Esposito battle for the gold medal

Disappointed not to reach the final, Tohar BUTBUL tried to console himself with an effort to gain the bronze medal, but former Olympic champion Lasha SHAVDATUASHVILI (GEO) was standing in front of him. The challenge wasn’t enough though and BUTBUL took the win on penalties.

SHAVDATUASHVILI's compatriot, Nugzari TATALASHVILI (GEO), found himself in the second match for a bronze medal, against a regular on the international podia, Tommy MACIAS of Sweden. This time it was a Georgian victory. 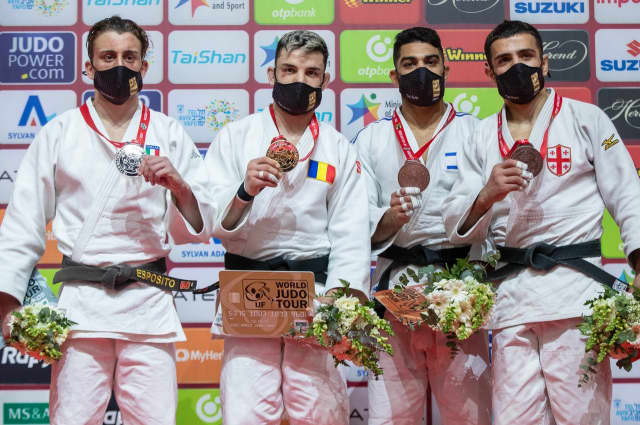 The -70kg category is one of those weight divisions in which some countries will have a difficult choice to make. In this case it is both France and Netherlands. World champion in 2019, in a masterly way, Marie-Eve GAHIE (FRA) seemed to have an open boulevard in front of her to qualify for the Olympic Games, but nothing is less certain after some uncharacteristically poor performances and especially in the face of the rise in power of her compatriot, Margaux PINOT, who once again made the final, while Gahie had to be content with a bronze medal. 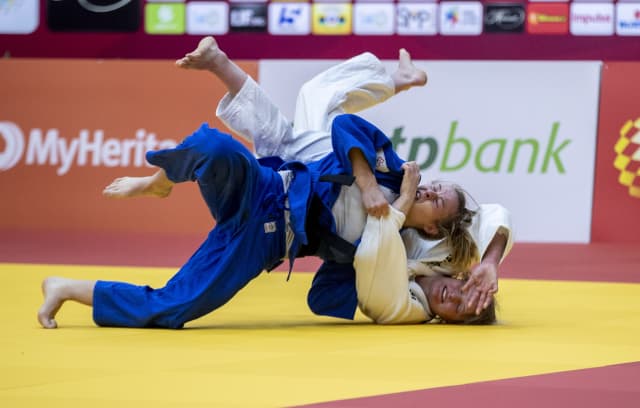 In the final, PINOT faced the German Miriam BUTKEREIT, already three times a medalist in grand slam events before today. It was a close final but in the end PINOT’s experience reigned supreme and she left victorious.

For the second bronze medal we saw the two Dutch judoka face each other, yet again. It was a merciless battle between Kim POLLING (NED) and Sanne VAN DIJKE, with a plane ticket to Tokyo still at stake. This contest was a strange one, with POLLING opening her campaign with a relentless barrage of drop techniques, resulting in an early shido on the board for her rival, but VAN DIJKE was able to muster a new energy and came back strongly with a waza-ari throw from a counter and a very close strangle attempt. Immediately after the mate period, she went in again, with a huge hip throw and succeeded in throwing POLLING for a convincing ippon. 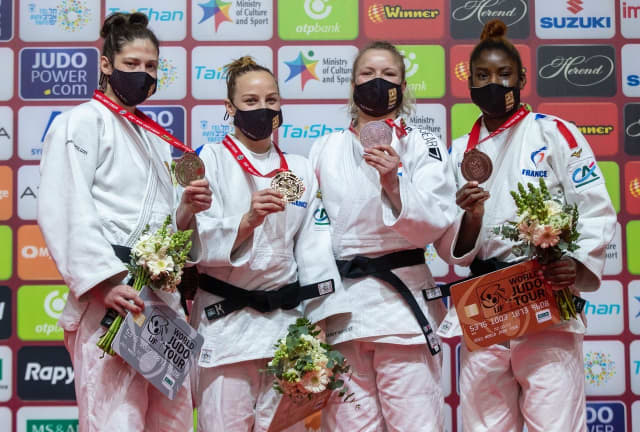 It was without a doubt the most anticipated category of the day and perhaps of the whole competition. How would Saeid MOLLAEI (MGL) and Sagi MUKI (ISR) manage to cope with the incredible pressure on their shoulders? Would the two world champions, otherwise friends, meet for the first time in a final of the world circuit or simply meet at all in a competition? No doubt they both had these questions in mind before the start of the day. 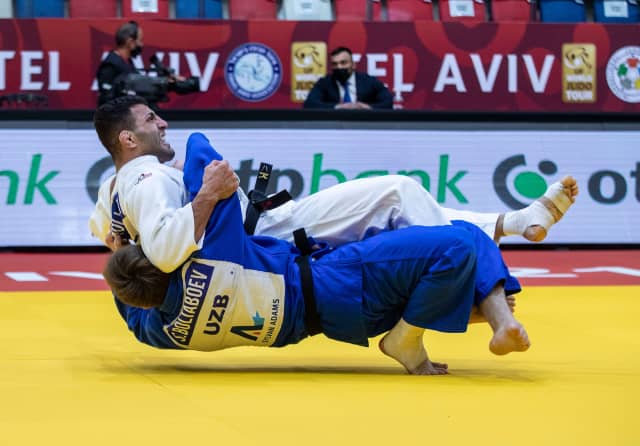 We were promptly fixed on the case of Sagi Muki who finished on his back, flawlessly thrown by the Belgian Sami CHOUCHI (BEL), stupefying the whole arena.

It remained to be seen what Saeid MOLLAEI would manage to do but we were shown fast that the athlete representing Mongolia was in great form, eliminating all his opponents with power, one after the other, to reach the final. On the occasion of his first participation in an event in Israel, Saeid secured a medal, a place in the final, but most of all the admiration of all who watched.

After the elimination of several other favourites, he was left to face 2020 Paris Grand Slam finalist Sharofiddin BOLTABOEV (UKR), in the final. Despite the feeling that the room wanted an historic win for MOLLAEI, BOLTABOEV would not concede and played a perfect tactical match, utilising counters to throw twice and win the gold medal. What is wonderful is that even in second place MOLLAEI has written a new chapter in the history of sport. Everyone can feel satisfied that everything possible was done here to build bridges and offer a true hand of friendship. 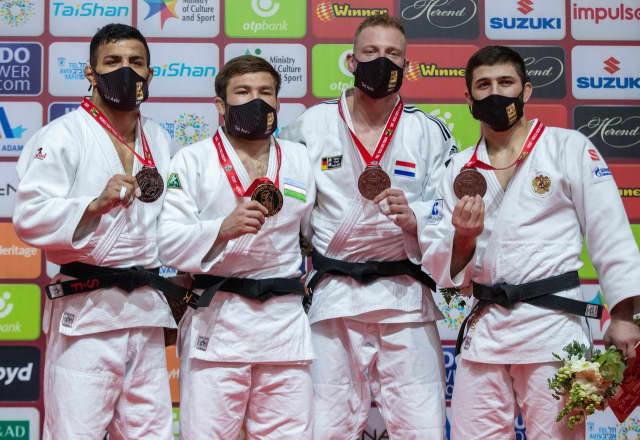 In the first match for the bronze medal, there were two regulars of the circuit, the world silver medalist Matthias CASSE (BEL) and the finalist of the World Judo Masters of Doha Frank DE WIT (NED). It was eventually the Dutchman who won, throwing with a well timed sumi-gaeshi to take the medal. 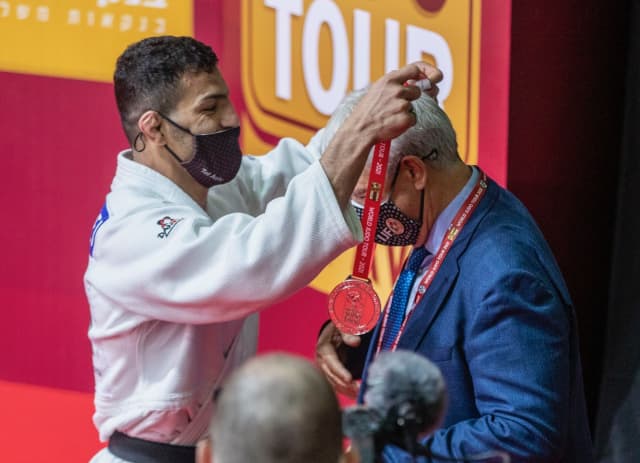 This final image speaks volumes about what has happened here in Israel today. This is a picture of pride, friendship, courage and integrity. It is an illustration of all our judo values.

With so much emotion present for day 2, we are looking forward to the third and final day of competition tomorrow, where our heavyweights will ride the wave in Tel Aviv. Catch all the contests and news via IJF.org.