New Success for Judo in Pakistan

Written by Nicolas Messner on 18. Nov 2021
Share
Judo has been developing successfully in Pakistan for several years. Despite the complicated global health context, the Pakistan Judo Federation (PJF) continues to structure itself and offer activities to promote our sport across the country. Recently the federation actively participated in World Judo Day. This time the PJF organised an important competition, the Pakistan Diamond Jubilee Baluchistan Chief Minister Judo Cup, to help promote the visibility of judo locally and throughout the national territory. 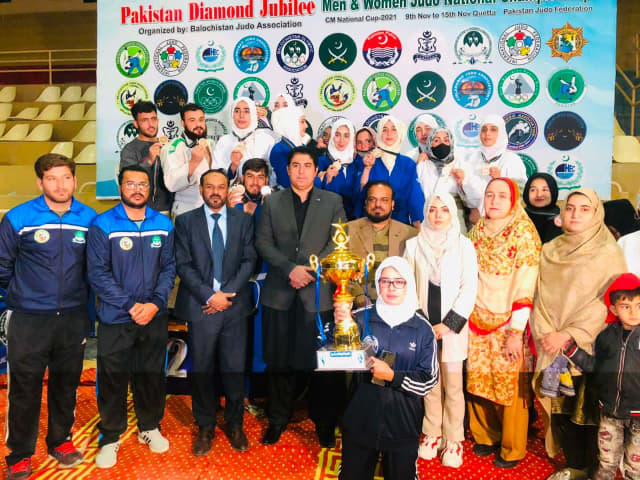 From 12th-16th November 2021 in Quetta, Baluchistan, in the southwest of the country near the Afghan border, the Wapda team dominated and won most of the laurels with a total of 10 gold medals, 3 in the men’s categories and 7 in the women’s categories, at the Ayub Stadium. Team HEC finished on the runner-up spot. 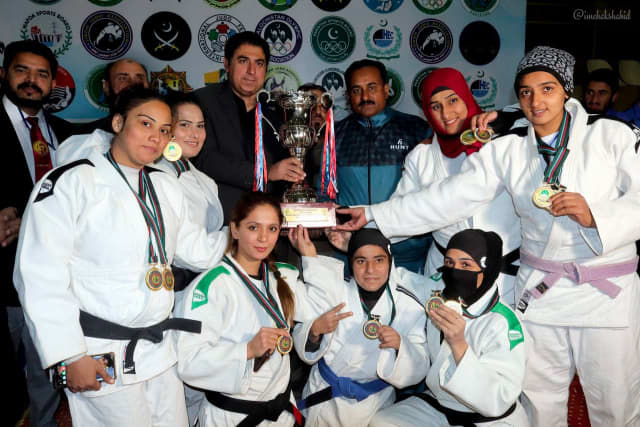 For the first time in the history of Pakistan, a mixed team event was also included, which was once again won by the Pak-Wapda team, followed by Navy earning the silver and KP and HEC sharing the bronze. 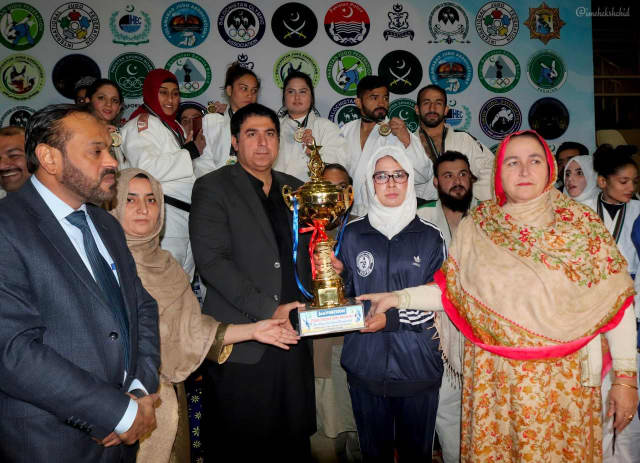 Mr. Durro Baloch, Director General of the Baluchistan Sports Board, was the chief guest on the occasion of the closing ceremony. He declared, "We appreciate the struggles of the Baluchistan Judo Association, especially President Dr. Bashir Ahmed and the Secretary General of Baluchistan Judo Association, Noor Ahmed, for the promotion of judo in Pakistan. The organisation of the event at Quetta, by the Pakistan Judo Federation, was not an easy task, as they had to set everything up within a short period of time due to the global health situation, but this event has been a huge success."

The PJF also took the opportunity to conduct a 3-day national referee seminar and examination from 9th-11th November. The federation declared, "It was a good opportunity to learn, exchange and clarify all aspects related to judo competition and refereeing. This will help us to continue our activities in harmony, showing a positive image of judo in our country."

The conditions may be difficult for everyone and perhaps even more so in that region of the world, but nothing is preventing the development of judo, which continues to grow in Pakistan at a rate that commands admiration. Little by little, the national federation is putting in place the structures and activities which already allow it to envisage happy days in the years to come. Mutual welfare and maximum efficiency have never been as accurate as in Pakistan.