Written by Mark Pickering on 12. Oct 2016
Share
Olympic champion Tina Trstenjak has been honoured for her Rio 2016 success with her own postage stamp bearing her image.

The world champion became Olympic champion in Rio as she defeated Clarisse Agbegnenou (FRA) in the -63kg gold medallist to retain the title for Slovenia which was won by Urška Žolnir at London 2012. 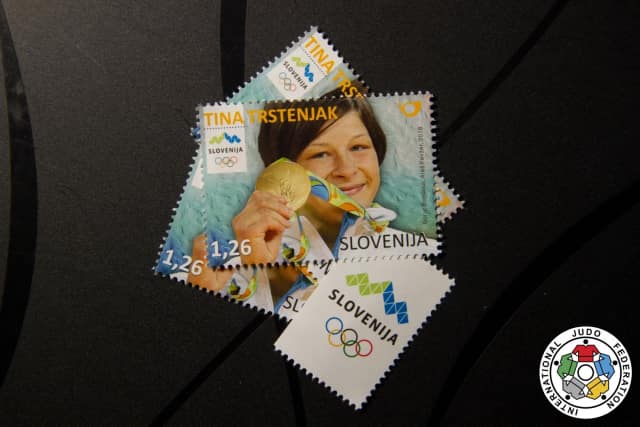 The stamp, which costs EUR 1.26, has been designed by Borut Bončina and issued by postal operator Pošta Slovenije in collaboration with the Celje Judo Club and the Slovenian Philatelic Association and went on sale on Friday. 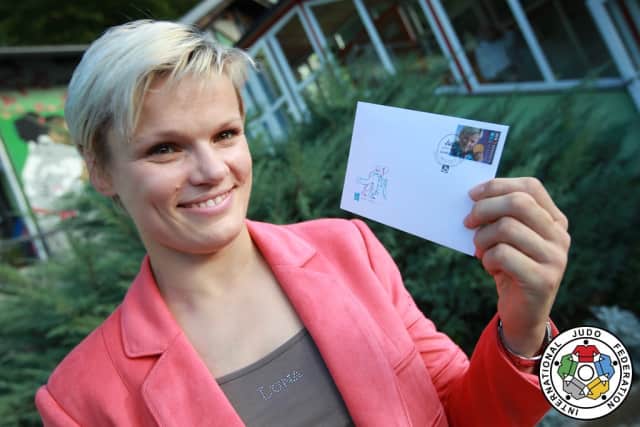 Fabjan said: “This is a big honour for Tina to receive this stamp. As well Urska Zolnir got it after her gold medal in London. We try our best to promote best judokas and judo in Slovenia and these kind of activities certainly promote judo in best way.”

Olympic champion Trstenjak will wear her newly-earned golden backpatch for the first time when she returns to action at the season-ending Tokyo Grand Slam from December 2 – 4.