Written by Nicolas Messner on 01. Feb 2019
Share
Judo originated in Japan, back in 1882. It is now enjoyed worldwide in more than 200 countries. The sport has been chosen to be the channel through which the Japan Foundation Asia Center and the Kodokan Judo Institute are collaborating with their ASEAN (Association of Southeast Asian Nations) counterparts. Through many forms of interaction, the project is providing coaching guidance and teaching materials and encourages developments through exchange programs, human resources, and network-building. 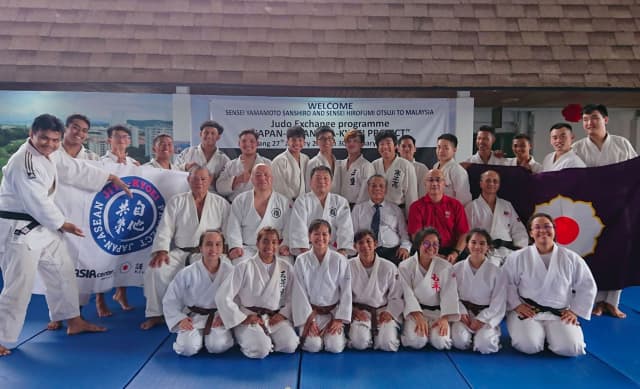 The Asia Center and Kodokan have come together to pursue a Judo Exchange that involves the training of instructors in order to master advanced skills and theoretical knowledge. The programmes are tailored toward athletes, instructors, and referees. Through such engagements, this project contributes to the international Judo community by sharing the Japanese judo culture and values, build networks among institutions, and thus stimulate mutual understanding among the participants.

The jita-kyoei philosophy (mutual welfare and benefit), which is one of the main mottos of judo, lies at the core of Kodokan founder Kano Jigoro’s teachings, and is elaborated as “each member of society, and the groups organized within, must function in harmony and cooperation with the others” so individuals can “contribute to the evolution and development of humans and societies”. As his philosophy echoes with the Asia Center’s mission, the project was named after this particular phrase. 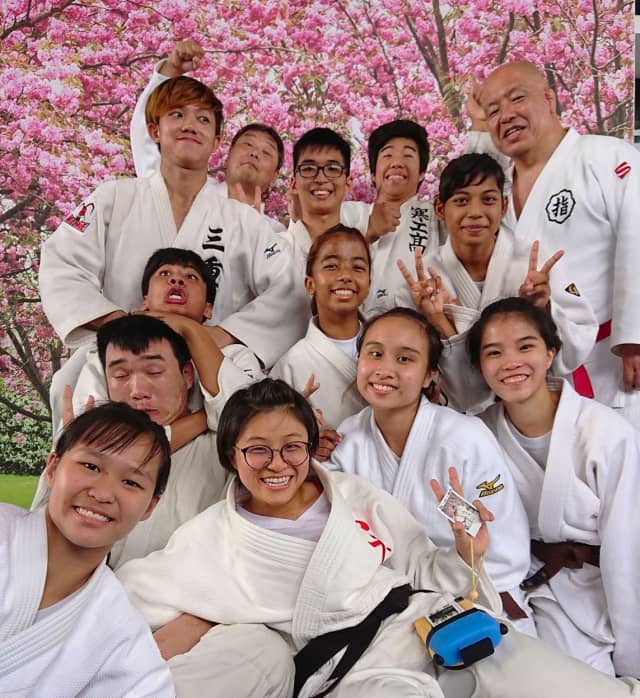 The whole programme started in 2017, with a first visit to Brunei led by the Kodokan, in order to analyze the possibilities to develop judo in the country. Several seminars were also held in Myanmar, Thailand, Lao PDR, Philippines and Cambodia.

Recently, it is Malaysia that was visited by the Japanese experts, including sensei Otsuji and sensei Yamamoto, from the Kodokan: “We had 20 participants in Kuala Lumpur and 40 in Penang“, said Otsuji, before explaining: “We teach Judo basic such as Ukemi (breakfall), basic movement, Nage no kata, Katame no Kata, Nage waza (standing techniques), Katame waza (ground work), Kodokan and judo history, Philosophy… to the young judoka. And at the end they take the Kodokan Dan grade exam. I feel this is the JITA KYOEI spirit.“

For the Malaysian participants it was also an incredible experience: “The recently concluded Jita Kyoei Seminar was a great success. We all had the opportunity to experience judo from its crucible, the Kodokan. Judo not only involves physical techniques but also ethics and moral values. The Kodokan senseis were very professional and generous in their sharing of the knowledge of Judo to everyone. Especially for young judokas, who do not get a chance to visit  Kodokan, this is a great opportunity to learn judo from the masters of the institution.“ 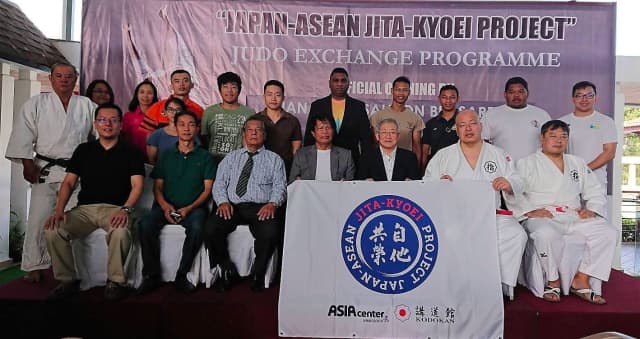 The event ‘Japonismes 2018 in Paris” organized in the French capital early in January, was also part of the Jita-kyoei Project (https://www.ijf.org/news/show/france-and-japan-link-up-for-japonismes-2018-jita-kyoei-project).

Otsuji said: “The seminar in Malaysia is not as big as in France in terms of number of judoka, but the spirit of the participants is definitely as good as in Paris.“

The Kodokan is regularly welcoming coaches from the ASEAN countries in its headquarters in Tokyo to cover all aspect of judo. In parallel a Judo Dictionary in English is under preparation and Japanese experts are regularly present during major events such as the SEA Games (August 2017).

This program is intended to improve skill and knowledge of Judo instructor(s) in the respective federations in order to promote a good diffusion and development of Judo in its values, while promoting understanding and friendship between Japan and ASEAN countries. Among the subject that are covered are: History of Judo, Theory of the sport, Principle of techniques and practical sessions, katas, coaching method, exchange of views...

Since its creation in 1882, Kodokan has been active to introduce judo and spread the spirit, “way,” and culture of Japan through Judo and joint projects with overseas partners.