By Gabriela Sabau, Pedro Lasuen on 23. Jan 2020
Share
First of all I am very happy because during the last IJF refereeing sport and education seminar in Doha it has been decided to clarify all refereeing related decisions made during an event. The Tel Aviv Grand Prix is the first big test and during the whole day we saw that every participant has understood the message perfectly. Since this is a crucial year, because of the Tokyo 2020 Olympic Games, we can move on now that everyone is getting the point. 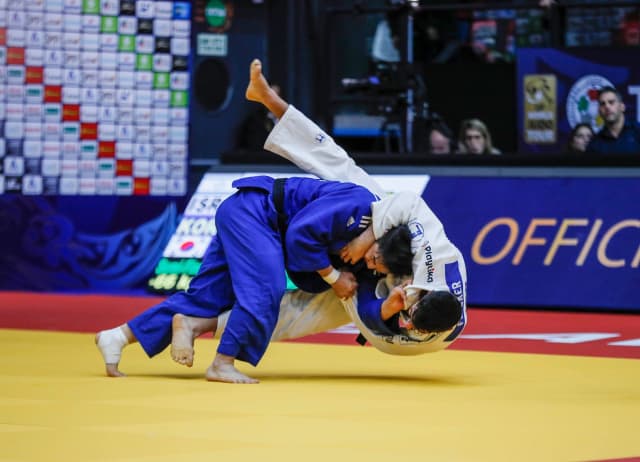 As for the competition let me start with the organisation, which was as good as last year. It is clear that the Israel Judo Association knows how to deal with such events.

Today we had a nice combination of many big names on the World Judo Tour and some new faces and I was not disappointed at all with the results. Take for instance the current Olympic gold medallist in the -60kg category, the Russian Mudranov, who is now competing in -66kg. He lost. Same happened to the Brazilian Menezes and Portuguese Monteiro. We had lots of surprises.

Tactically speaking I have seen lots of transitions from tachi-waza to ne-waza and the general spirit was to fight until the very end, until the gong. Lots of contests were decided in the last minute and many others reached the golden score.

If we talk about statistics let me point out that Japan and Republic of Korea have each won two gold medals. I was pleased with former World champion An Baul’s performance and delighted by Kaja Kajzer. She is only 19 years old and she has improved so very much since last year. Today she reaped the fruits of her labour with a gold medal from good judo.

And of course there is Moldova’s Nicolae Foca. He is ranked 450 and he won the bronze medal in -60 kg against world number 53 by ippon.

It was a good day of judo with a fantastic spirit and without bad behaviours or controversy. I cannot wait for the second day.