Written by Nicolas Messner, Jo Crowley on 15. Jan 2021
Share
After 3 days of top level competition we can declare the Olympic year well and truly open for the judo world. 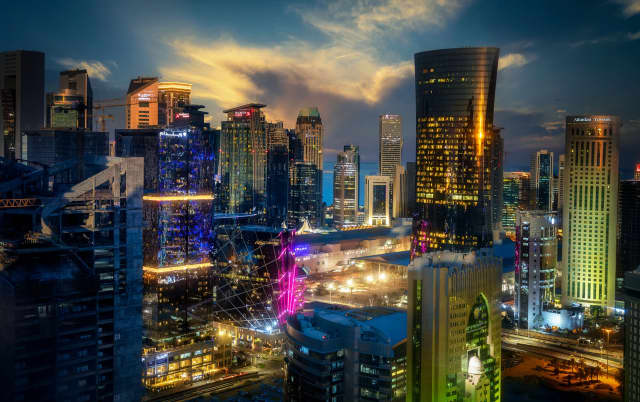 Doha has been a wonderful host city for the 2021 World Judo Masters, binding local hospitality and culture with the complex needs of the most modern of events.

Between medical officials, organisers and the IJF team, the Covid protocols have been developed, established and monitored strictly, ensuring that each person arriving in Qatar for the Masters, can enjoy a safe experience, which was definitely the case.

The IJF President, Mr. Marius Vizer declared at the end of the competition, "The Doha World Judo Masters concluded as a great success! We have had great champions giving their all and fantastic organisation, overcoming the global health situation. The organising committee did everything possible to make the event a success. Doha offers some of the best sport event organisers in the world, with the best sports facilities. I want to thank His Highness Sheikh Tamim bin Hamad Al-Thani and the authorities of Qatar.

We appreciate and recognise the efforts of Sheikh Joaan bin Hamad bin Khalifa Al Thani and the Qatar Olympic Committee, who did an amazing job and at the same time the national federation of judo, their President Mr. Khalid Hamad Al Attiyah and his team for their efforts. Everyone can be really proud of what was delivered in Doha, demonstrating teamwork and the remarkable abilities of the Qatari event organisers. We had the best of the best athletes in the world present. All of them put on a fantastic show and we congratulate all the winners of the World Judo Masters. In 2023 we'll be back in Doha for the World Championships, our flagship event. The judo family is looking forward to reuniting in Qatar. 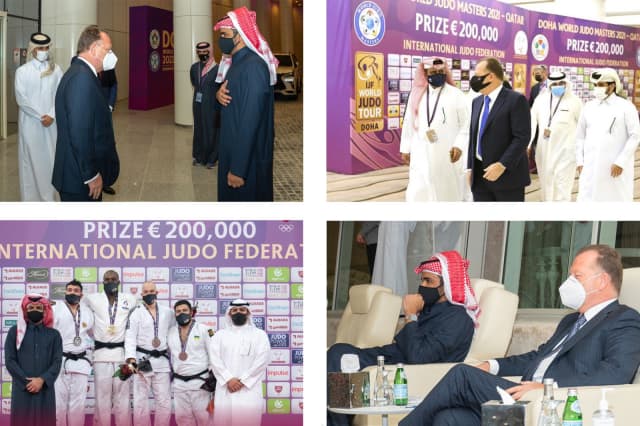 It was an honour also to welcome Sheikh Ahmed Al-Fahad Al-Ahmed Al-Jaber Al-Sabah, President of the Olympic Council of Asia. His presence meant a lot to us."

Thank you Doha for taking generous and brave steps to organise such a tournament in the current era. Thank you for the professionalism with which each aspect of the competition was delivered. Thank you for the architectural backdrop of traditional and contemporary beauty that framed our stay. Thank you to each and every volunteer for the energy with which they tended to the tasks of the event. 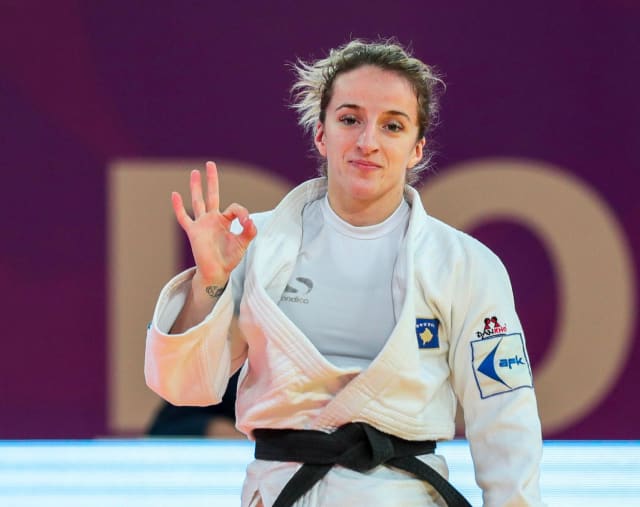 We thank the IT team, both local and IJF-based, for making it possible to stream the Masters all over the world. Of course judoka everywhere would prefer to be in the stadium cheering, but in these times we have adapted and found solutions and the IT gurus are leading that charge in so many ways.

Thank you also to the media, who reported worldwide about the event and its professional organisation and to the sponsors and partners who believed in the capacity of judo to deliver the Doha World Judo Masters.

Last but not least, Thank you Doha for making sure that our athletes felt at home and thank you for offering them the opportunity to display the best of the best judo. There were 14 gold, 14 silver and 28 bronze medallists, who were under the spotlight, but all together there were 398 athletes from 59 countries, representing the five continents and all of them deserve our admiration for going beyond the difficulties and showing the world that everything is possible.

Thus, all we can say is thank you... thank you Doha.