The Show Will Go On

Written by Nicolas Messner on 27. Jul 2021
Share
It is always interesting to let a little time pass, even if it is only one night, to analyse a day of competition like the one we experienced yesterday with the victories of Gjakova and Ono, because two highlights have punctuated what will remain one of the most exciting days of the Tokyo 2020 Olympics. On the one hand there was the surprise victory of Nora Gjakova (KOS) in a category where the Canadian, reigning world champion for a few weeks, had been expected and on the other hand the consecration of the second consecutive gold of Ono Shohei, increasingly considered among the greatest technicians in history, even stated by Kosei Inoue himself. 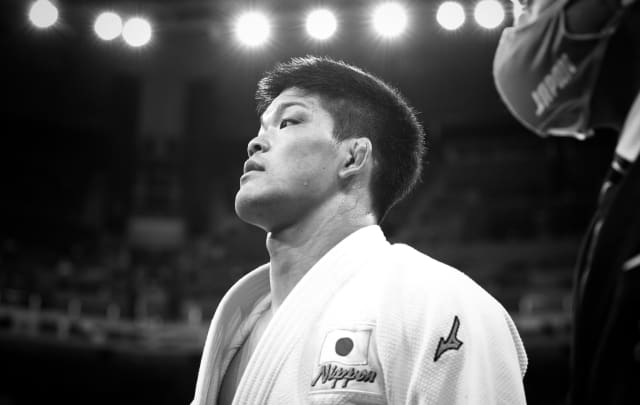 Before talking about Shohei Ono, let's go back to what happened in the women's final with the disqualification of Frenchwoman Sarah Leonie CYSIQUE for what was considered an action dangerous to her own health. As such, the refereeing rules of the International Judo Federation are clear and stipulate, “Direct hansoku-make for protection of the judoka: the competitor loses this contest but can continue in the competition if applicable. To ‘dive’ head first onto the tatami by bending forward and downward while performing or attempting to perform techniques such as uchi-mata, harai-goshi, kata-garuma etc. It is forbidden to somersault forward when uke is on the shoulders or the back of tori." (IJF Sport and Organisation Rules - SOR, Version 8 October 2019).

By taking the decision to disqualify the Frenchwoman in an Olympic final, the officials in charge of the refereeing knew that they were taking a decision with serious consequences because an Olympic title for an athlete of the level of Sarah Leonie CYSIQUE is the consecration of years of work and sacrifice, "But the safety of the athletes is our top priority,” explained Florin Daniel Lascau, Head Refereeing Director, before adding, "When we saw the action, we immediately reviewed the video from several angles. Firstly we found that Nora Gjakova remained perfectly fair and did not attempt anything dangerous during the action. She was simply carried away by the inertia of the movement. We also found that immediately after the mate, the Frenchwoman was massaging her neck. We have no right to take the risk of letting an athlete who has potentially endangered herself continue, whether an Olympic final or not. Think of our children who are in front of their television and who take example from our champions. We have that responsibility and we take it and assume it fully." 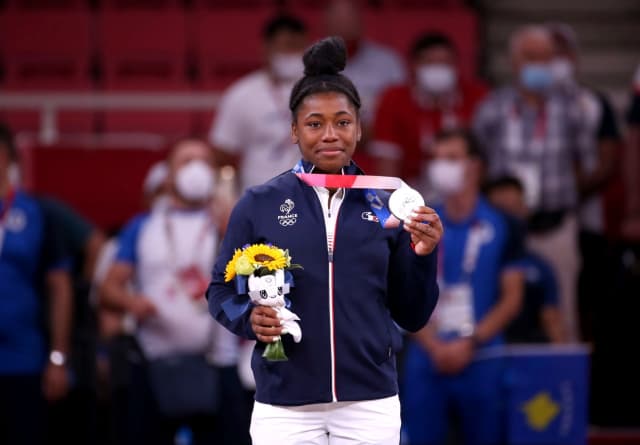 It was definitely a difficult decision to make but we must not forget that athletes at that level are super-trained competitors, with physical capacities that are over the average. Sarah Leonie CYSIQUE had a fantastic competition day and she can be proud of her medal and of her achievement. She can also be sure that the rules are made to protect the physical and mental integrity of all competitors. In the end, we should not forget the incredible feat of team Kosovo, with two gold medals in the women's categories and one fifth place with the men. This puts Kosovo even ahead of Japan, if considering only the women's division.

Yesterday was also Ono's day. As we already qualified him, he is the Michelangelo or the Leonardo da Vinci of judo. We could actually name any global artist to compare with what Ono Shohei is capable of doing in judo. It is not only what he shows technically on the mat but the whole 'Ono concept' of doing judo and living through judo. On the morning of the competition, he was the first one on the tatami, when the venue was still almost empty. He was feeling the mat, deeply and calmly breathing, inhaling small particles flying through the air to become part of the Nippon Budokan, which was designed and built for the introduction of judo in the Olympic programme. It was already impressive to see him so early, making himself one with the venue.

Once the final was over, once again, Ono didn't leave the tatami immediately as he had to conclude the day and put a full stop to the story of his second Olympic title. Some interpreted that as 'the last time we would see him compete at the Olympic Games,' but the truth is that Ono Shohei has a plan and it didn't stop yesterday. That was only one chapter of a longer story. In 2024, in Paris, he will compete to gain a third Olympic title and in 2028, in Los Angeles, to get his fourth Olympic title, so he can beat Nomura Tadahiro in terms of the number of titles. You might think that this is crazy, but champions and even more artists have that capacity to transform what looks like craziness into the most amazing piece of art. 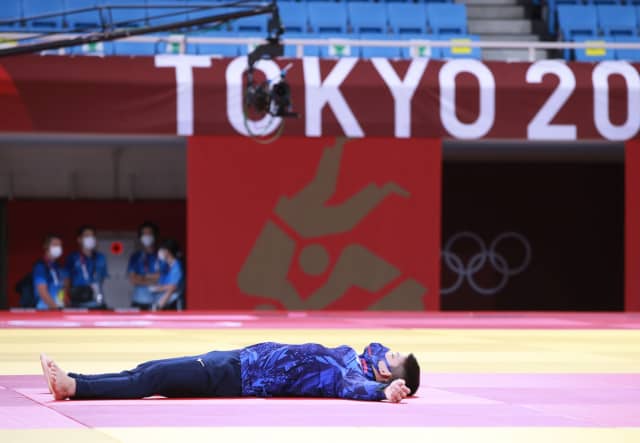 No, Ono Shohei is not crazy, even the contrary. He knows exactly what he is doing and he wants to enjoy every single bit of it. The observers who don't know him might say, "But look, he's not even smiling!" Does that mean that he doesn't enjoy the moment? Absolutely not.

At the end of the final, against an extraordinary Lasha Shavdatuashvili (GEO), who deserves all our admiration, the man of Tenri didn't explode with joy but had one little smile when he stepped off the tatami. He was unmistakeable happy with the result. Beyond the result itself, which was the goal, he must have been satisfied with the way he did it and that is what is most important. It goes beyond the sports dimension as it is the pure incarnation of the spirit of judo.

What strikes the most is that Ono Shohei seems to never get stressed. "His calm throughout the day impressed me so much" explained judo legend Neil Adams. "What ever happens, he is in control of all aspects of his judo. He adapts to the opponent and finds a solution, wether it takes time or not. He knows that he'll find a solution." That is what Ono did passing through each round, without rushing, always going back to his position slowly because there is no need to waste energy. 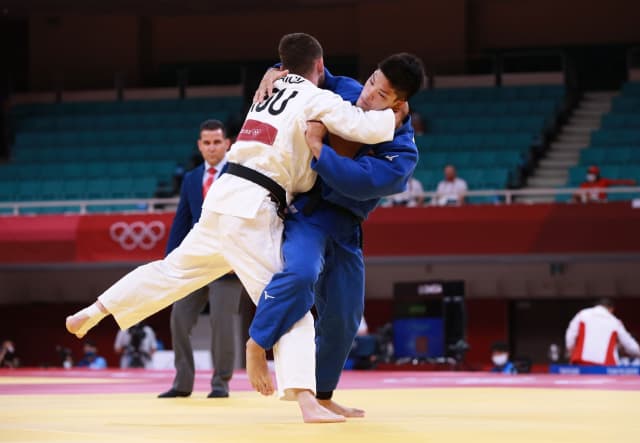 If Ono is well known for his aerial and spectacular uchi-mata and o-soto-gari, in the final, he decided that this time the solution would be a sasae-tsuri-komi-ashi, one that we barely saw him perform before. This was a risk to take and he took it because he knew exactly that at that precise moment, it was the only solution.

We might not see Ono often in the upcoming months and years, because as usual he protects himself. Basically he doesn't need to go out often, because a competitor of his caliber doesn't care about the ranking. Because he is rare, we will enjoy even more the time when he'll be offering us the most amazing judo show again. The show must go on and it will go on with Ono Shohei.