Written by Pedro Lasuen on 16. Feb 2021
Share
Six hours of waiting goes a long way, especially at an airport, but as Raffaele Toniolo says, “it is better to wait many hours than to stay at home doing nothing.” There are many open books, many telephones and many conversations in an atmosphere of quiet resignation. 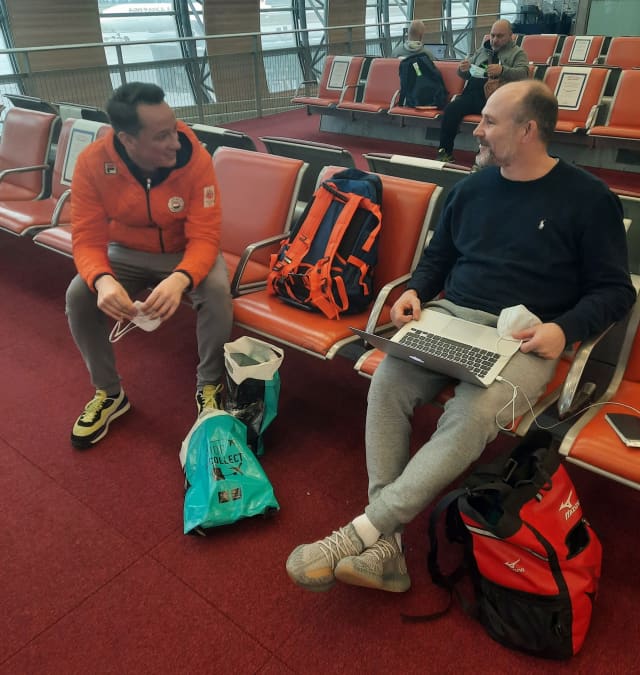 Toniolo is one of the coaches of the Italian judo team and does not hide his enthusiasm. "The main reason for our participation in the Tel Aviv Grand Slam is to thank both Marius Vizer and Moshe Ponte," he explains. "They have fought a lot to celebrate this tournament and they deserve a massive turnout."

It is true that the context was adverse, with Ben Gurion airport closed by executive order, due to the covid epidemic. The president of the international federation and that of the Israeli one made the government of Benjami Netanyahu see that all the sanitary requirements would be respected strictly and an agreement was reached that allows the judo family to smile.

“We have come with our best team, with the exception of Giuffrida, Lombardo, Centracchio and Parlati. All the others are here and we have also brought the younger ones." The Italians want their veterans, in the heat of the qualifying race for the Tokyo Olympics, to compete after so much training. They aspire, at least so they say, to win a couple of medals from Israel. They also want the younger ones to learn from the older ones. Among the neophytes, the presence of Veronica, the daughter of Toniolo, cadet world champion and third in the last junior european championship, participating in her first Grand Slam, stands out.

Toniolo admits that 2020 was a horrible year. He himself suffered with covid but the worst thing was the need to lift the spirits of some judoka who had just endured the postponement of the Games. “It has been a totally different job, very hard, very complicated and mainly mental because most of them are still young and they don't have so much patience. That is why we have to compete, even without an audience and respecting all the health protocols, because it is a first step towards normality."

Toniolo does not hesitate to ask questions of everyone in the corridor of the terminal. He is concerned about the global situation and wants to know if the Games will really hold on for this year. "It's not just about sport," he says. "Olympic Games are also a medicine, a way to fight fatalism and lift the spirits of many people suffering from depression." 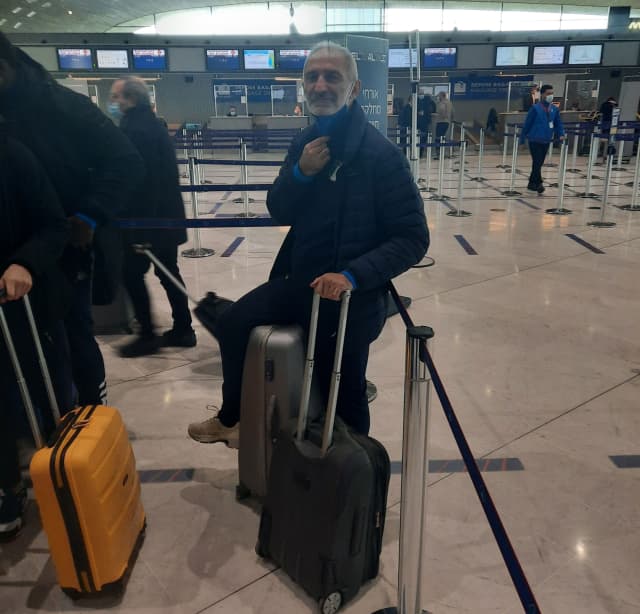 Near the boarding gate is Jean-Paul Bell, the coach of the Dutch team. His vision is a little different. “As the situation was unusual and did not depend on us because we could not control it, we adapted without major setbacks. If there was a mental up and down, it was little and individual, not collective."

Regarding current events and the upcoming competition, Bell is calm and relaxed, sure of the strength of his team. “The best are not going to participate in all the competitions between Tel Aviv and Tokyo. They don't need it, they have extra points and we don't want them to do more than the established plan." Bell's advantage is that he has both male and female solid squads. "You cant ever predict, especially at the Olympic Games, but I am convinced that we are going to get strong performances."

The parade continues; the French and Brazilian delegations appear, the Danish team, also the Belgians. Some show obvious signs of tiredness. There is no noise, all speaking in a relaxed way. Everyone is happy to see each other again and to be able to dedicate themselves to what they do best: fighting on a tatami. After all, that Paris airport terminal is a blessing, another stage towards happiness.