12. Apr 2019
Share
Only a few years ago, most people in Turkey saw judo as a violent and dangerous sport. It was one of the reasons you wouldn’t see many young girls practicing judo. But the image of the sport drastically changed in the last years and is still changing in a positive way. People start to get to know and understand the benefits of it. Slowly more children start to engage and judo is gaining popularity in the country. 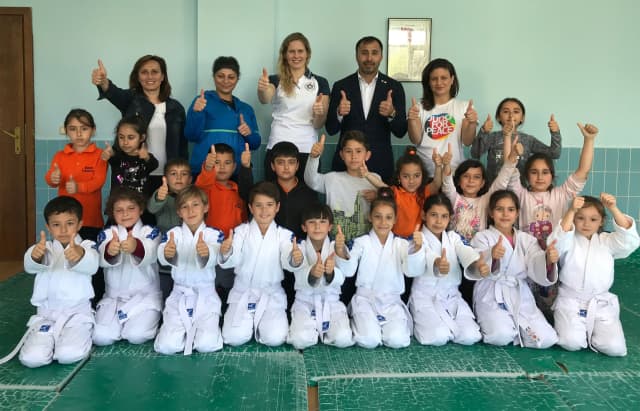 One of the latest developments is the IJF Judo in Schools project coming to Turkey. On the eve of the Antalya Grand Prix, a new cooperation between the IJF, the Turkish Judo Federation and the Ministry of Sports was signed (https://www.ijf.org/news/show/judo-invests-schools-in-turkey).

Sezer HUYSUZ, president of the Turkish Judo Federation is very passionate about the school project. He was a teacher himself in a school in Istanbul and saw the impact of judo there. The school and area around were facing several social problems, but after only three months the fighting at the school stopped. This is why he believes that judo should be at the core of development to create positive and safe environments in Turkey. With the support from IJF, the Turkish Judo Federation is able to fasten the process and start in 20 new primary schools. Huysuz said: “Next to the 20 schools supported by the IJF, the goal is to open many more in the upcoming years. My dream is that judo will be in the curriculum and seen as any other subject, like mathematics or geography.” 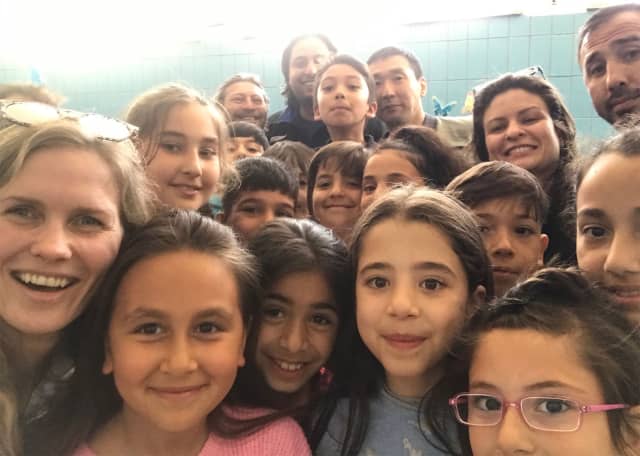 Just after the grand prix, Sezer HUYSUZ took the time to personally show several schools, which already started with the programme in the region, to the Judo In School commission members, who were there for a Judo In School Seminar

The first visit was at Seker Elementary School in Antalya. Two girls in judogi were waiting outside to welcome the guests. Inside, more children were waiting to show to the IJF and Huysuz what they already learned.

Zehra Ascan was a member of the national team and now teaches judo in schools. She explained: “I think that judo is a basic thing to teach in schools. That is why I am teaching in several primary schools in the area. It’s a good way to introduce the children to the sport. They can start here in school, but if they like it, they can follow more judo lessons in the weekend.” 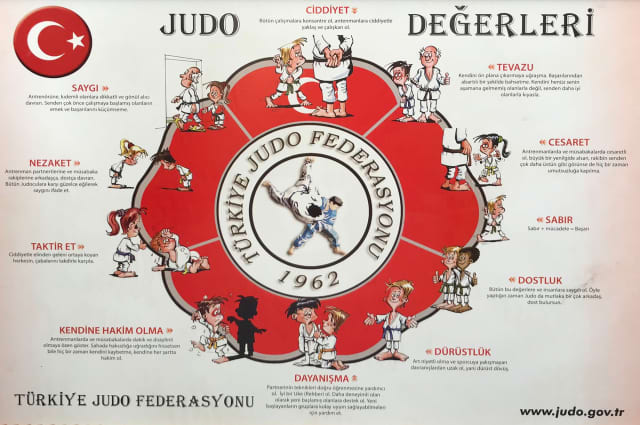 During the session, boys and girls played together and showed a lot of enjoyment. You could tell that they like judo and their teacher. Ayse DIKMEN, school director confirmed that: “For the children it’s a really nice change to be able to play and have fun in a day filled with more typical subjects like mathematics. It changes their attitude. The concentration of the children who are doing judo, is higher in the classroom. That’s why I think it’s important that children are doing judo.”

After the first visit, several other clubs and schools followed. One of the other institutions was the Ibrahim Doganer school, one of the 20 schools that is supported by the IJF. School director Mehmet AKAY is very happy with the opportunity to bring judo to his school: “I am open for every project that is positive for the kids. It’s really important to learn about the values in a young age and judo can do that. My expectation is that the children learn how to behave better. They can use their energy for judo, instead of fighting in the streets.” 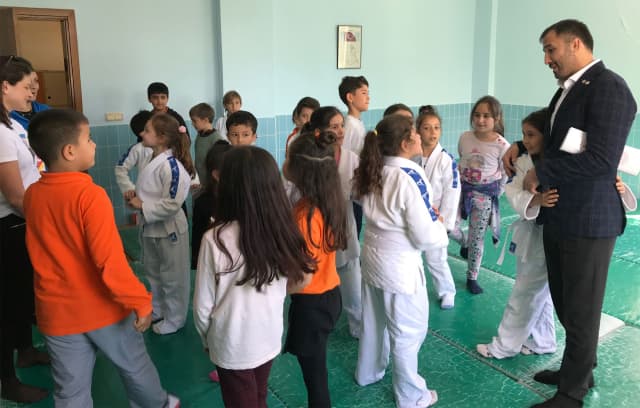 The excitement shown in all the schools and clubs, demonstrates that judo in Turkey is growing and the sport is gaining popularity. Huysuz said: “Just a few years ago the people saw judo as fighting. Now you start to see dojos everywhere. The children are very happy and they love the sport. Judo is about having fun. It allows them to relax and experience something else than just thinking. When the children start to love judo, they will continue. So, it will not only help us to create safer environments, but also to find good judo players and maybe future champions in judo. I believe this is just the start.”

The power of IJF Judo in Schools

IJF Judo in Schools is a pedagogic exercise program to develop children’s mental and physical health. Judo in Schools contributes to children’s social-emotional development, and improves social safety at schools. The methodology is based on the core values of judo with an added extra value: Fun. With Judo in Schools, learning is all about having fun and enjoying being together on the tatami and in the classroom.