Written by Nicolas Messner on 08. Jul 2021
Share
Soon the whole judo family will be united in Japan for the Tokyo 2020 Games. Excitement and concentration are in the air. For years we have been talking about the return of judo to Japan but talking about a return means that there was a first time. This is the story we are about to tell you. 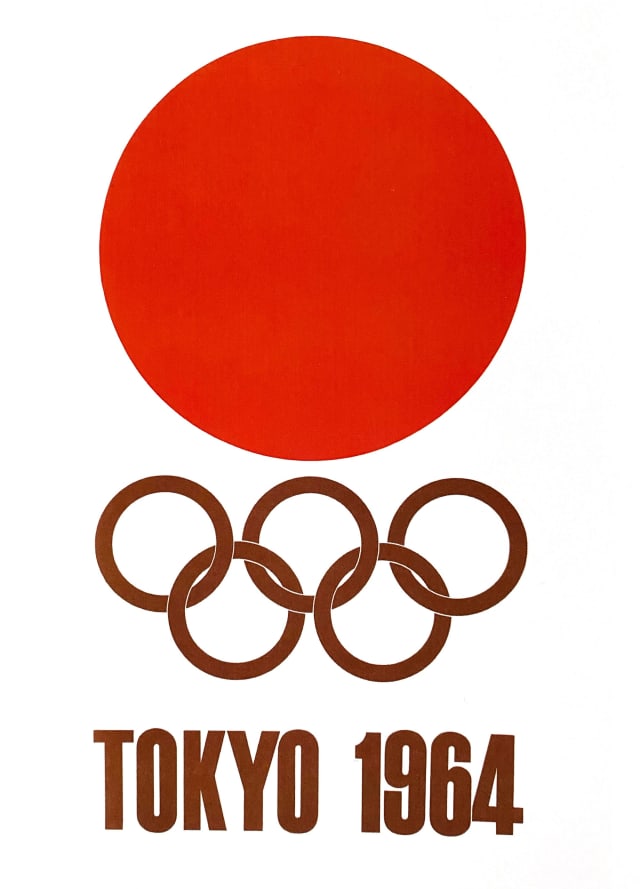 By letter dated 29th November 1952, Japan joined the International Judo Federation. In the process, Risei Kano, son of the founder of judo, Jigoro Kano Shihan, accepted the presidency of the international body and thus became the second president of the IJF, after it was founded in 1951.

The first world championships took place in Tokyo on 3rd May 1956. 31 contestants, representing 21 countries, were in contention, without weight classes. The Kokugikan hall was full. The teams marched past the 11,000 cheering spectators to the rhythm of traditional drums. 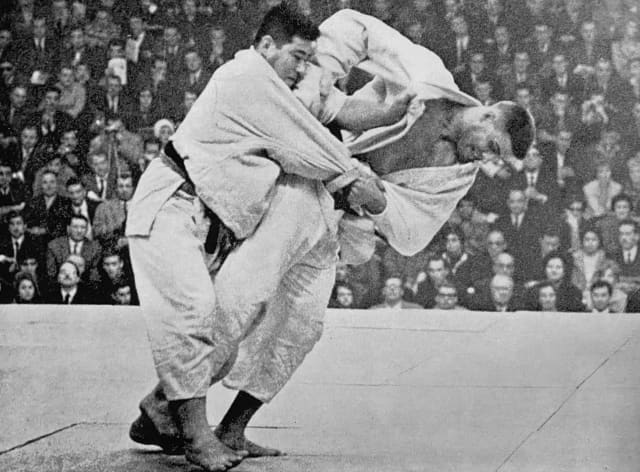 At the end of the competition Risei Kano declared, "Japan has overcome the devastation of war fairly quickly thanks to the friendly sympathy of many foreign countries. Let us underline here the importance of cultural relations in order to develop empathy and friendship between different countries and let us notice the place occupied by judo in Japan within the context of cultural relations."

The second world championship was also held in Japan, in 1958, with 39 competitors from 18 nations. After the 20-minute final, the referee designated Koji Sone the winner over his compatriot Akio Kaminaga. Another Japanese judoka, Kimiyoshi Yamashiki, won the bronze medal, against Frenchman Bernard Pariset.

The third edition of the event was organised in the French capital and for sure stood out as a further step, with the victory for the first time of a non-japanese athlete, the legendary Anton Geesink (NED). This was the last competition organised without weight classes, with 57 contenders from 25 countries. 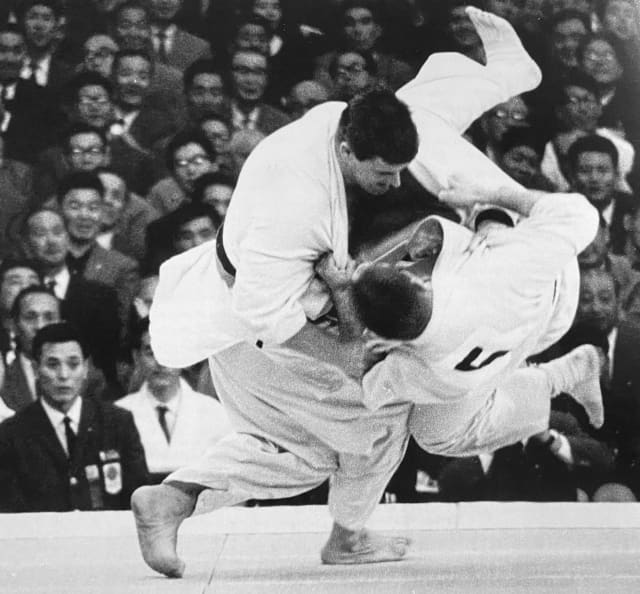 After those first three editions of the world championships, judo was ready to go back home for its first appearance in the Olympic Games. In fact, the sport was already included in the programme of the 1940 Olympic Games in Tokyo.

During the IOC 34th session in Warsaw on 11th June 1937, the committee adopted the programme for the 12th Olympiad. The minutes stated, “Judo was chosen for the demonstration of a national sport and baseball for the demonstration of a foreign sport." The decision was taken and the report of the organising committee specified that ¥500,000 would be granted for the building of a ‘Budo Hall’ meant for the events. Unfortunately the 1940 TokyoGames did not take place. They were eventually cancelled because of World War II. This first Asian meet has been forgotten just like the first inclusion of judo in the Olympic programme.

When judo appeared in Tokyo in 1964, it had been officially included in the programme of the event since August 1960, when the IJF formulated an official request. Since 1940 the road towards inclusion was long and difficult, often hazardous. The proposal to have judo on the list of optional sports was repealed for the fist time in Athens in 1954. Renewed the following year, the proposal was rejected a second time.

Europe was the true dynamo of the evolution of international judo in the 1950s. The Dutchman Jacobus Nauwelerts de Age succeeded Aldo Torti as the head of the European Judo Union. In 1960, a Frenchman André Ertel replaced him. The latter and Paul Bonet-Maury were the architects of the inclusion of judo in the Olympic programme. 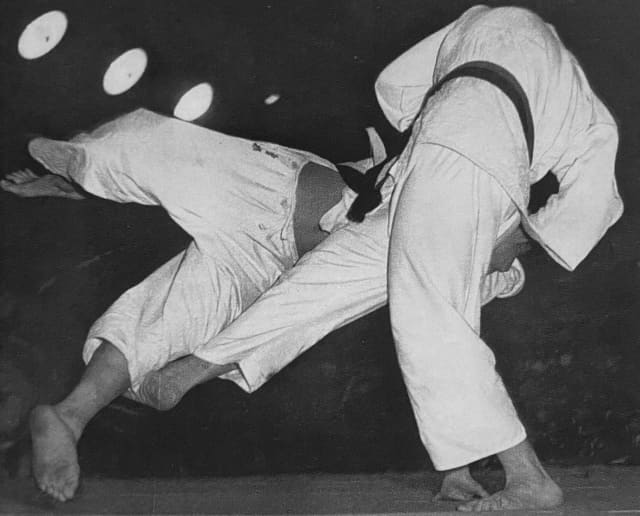 During the 58th session of the IOC in Rome, on 22nd August 1960, IOC President Avery Brundage sustained the motion to recognise judo as an Olympic sport and to include it in the programme of the Tokyo Olympic Games in 1964. 39 votes in favour, 2 against. The American Yoshihiko Uchida had also assisted them and for the first time the Olympic judo competition was planned to debut and with weight categories included for the first time.

Judo had become an international sport. The supremacy of Anton Geesink, since Paris 1961, was traumatic for many people, especially in Japan, but it was symbolic because it destroyed the myth of Japanese invincibility and at the same time it gave an indisputable dimension to Kano's method.

In Tokyo in 1964 medals were awarded in 4 weight classes, with competition still restricted to men only. The competition was held in the Nippon Budokan, which was built to host the event.

If out of four categories, three were won by Japanese competitors, history will remember forever the victory of Anton Geesink, which changed the development of judo worldwide. To celebrate his gold medal, Geesink's teammates rushed onto the tatami to hoist him on to their shoulders but Geesink quickly dismissed them with a gesture of his arm. Before joining his teammates in celebration, he first bowed to Kaminaga, acknowledging his opponent. This courtesy left the 15,000 spectators in awe.

Geesink (6th April 1934 – 27th August 2010) was born and raised in Utrecht in the Netherlands and he started judo when he was 14. By 17 he was already competing internationally. His family was poor and so he worked as a builder from when he was 12. The following year, at 18, he won his first European title. Through to 1967, twenty more continental titles followed. 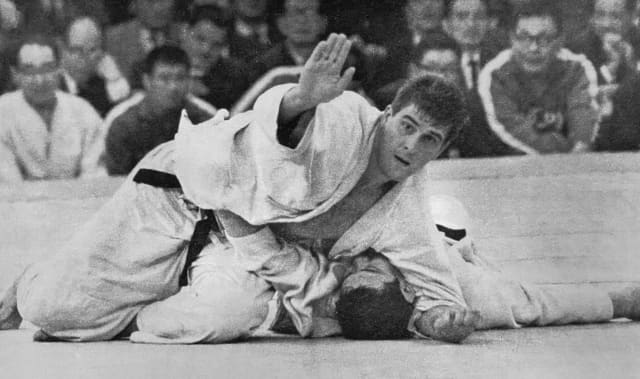 The Dutch legend was named ‘Dutch Sportsman of the Year’ in 1957, 1961, 1964 and 1965. He was awarded the Order of the Sacred Treasure by the Japanese government in 1997. His home town of Utrecht has a street named after him, which is the street he lived on for many years, until his death in August 2010. On 29th January 2000 he was awarded an honorary doctorate by Kokushikan University, a Japanese university known for its sports education, with an alumni including four Olympic gold medallists in judo.

Anton Geesink was one of the few 10th dan judoka recognised by the IJF. He died in 2010, aged 76, in Utrecht. He was survived by Jans Geesink, his wife of more than 50 years, his daughters Willy and Leni and a son, Anton jr. 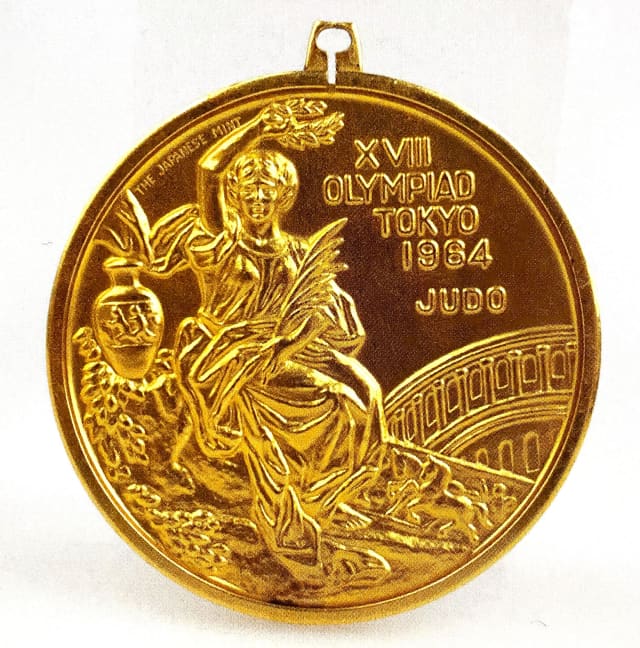 With such a rich, connected history, judo going back to Tokyo means a lot. The sport was born in Japan and from there shone all over the world. 1964 marked an important turn in the history of our sport. In July 2021 the athletes will enter the exact same venue, the Nippon Budokan, where the judo event was held in 1964 and where Anton Geesink propelled judo on to the international scene. Since then Japanese athletes have been dominating in terms of results but the door that was opened 57 years ago is opening more and more every day. This year 129 countries will participate in the Olympic judo competition; almost 400 competitors from the five continents, showing the incredible universality that judo presents.

Without those first chapters, it is unlikely we would be here today and that's why, more than ever, we need to enjoy the coming weeks and celebrate them for what they represent. In 1964 a first Olympic chapter was written for judo and the 2021 chapter looks tantalisingly promising.