Written by Mark Pickering on 27. Jun 2019
Share
All Japan Judo Federation President and IJF Hall of Famer Yamashita Yasuhiro was officially appointed as President of the Japanese Olympic Committee on Thursday during an executive board meeting in Tokyo. 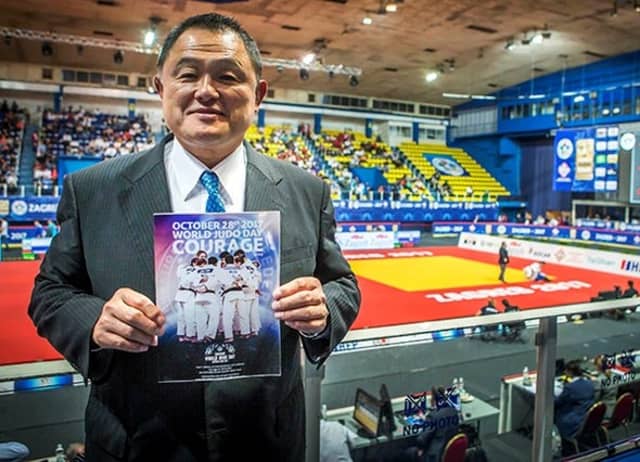 The 1984 Olympic champion, who is also an IJF Executive Board member as the world governing body’s Development Director, served on the JOC executive board as chairman of the sports committee until today’s appointment.

“Our goal as a nation is to win 30 medals during the 2020 Games. If our athletes, which represent the pride of our nation, compete to the best of their abilities, this goal is possible,” Yamashita told the media at a press conference.

“But, as the new president, I understand the extent of my own strength. I can’t do this on my own. With the athletes, staff and the newest board members of the JOC, I hope we can work together as a team to make the 2020 Games a success.”

“I understand the weight of the responsibility I’ve been given and I will do everything I can to carry on what President Takeda accomplished during his time in this position,” Yamashita said.

“The Olympics and Paralympics are the pinnacle of sports. With less than a year, I hope we can prepare as best we can for the 2020 Games.”

IJF President Mr. Marius L. Vizer said: "It is an honour for the International Judo Federation, and for our sport, for Mr. Yamashita to be appointed as President of one of the strongest National Olympic Committee's and we wish Japan every success for the Tokyo 2020 Olympic Games."