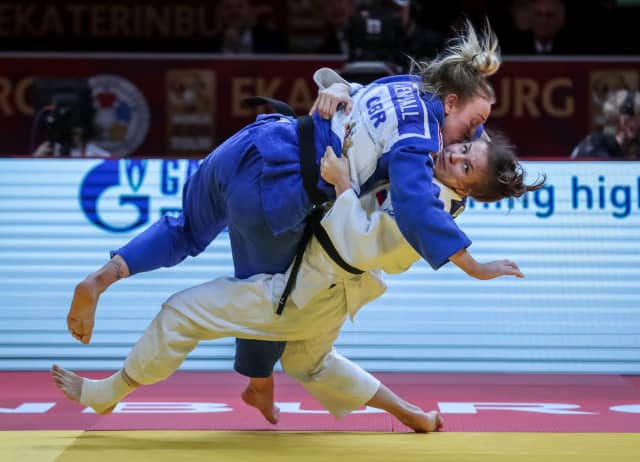 In the first semi-final Hohhot Grand Prix silver medallist Gili SHARIR (ISR) lost out to DAVYDOVA who scored with a ko-uchi-gake and then an uchi-mata, earning a waza-ari score with each throw. In the second semi-final RENSHALL prevailed against Cancun Grand Prix silver medallist Catherine BEAUCHEMIN-PINARD (CAN) who received her third shido for a gripping infringement in golden score. 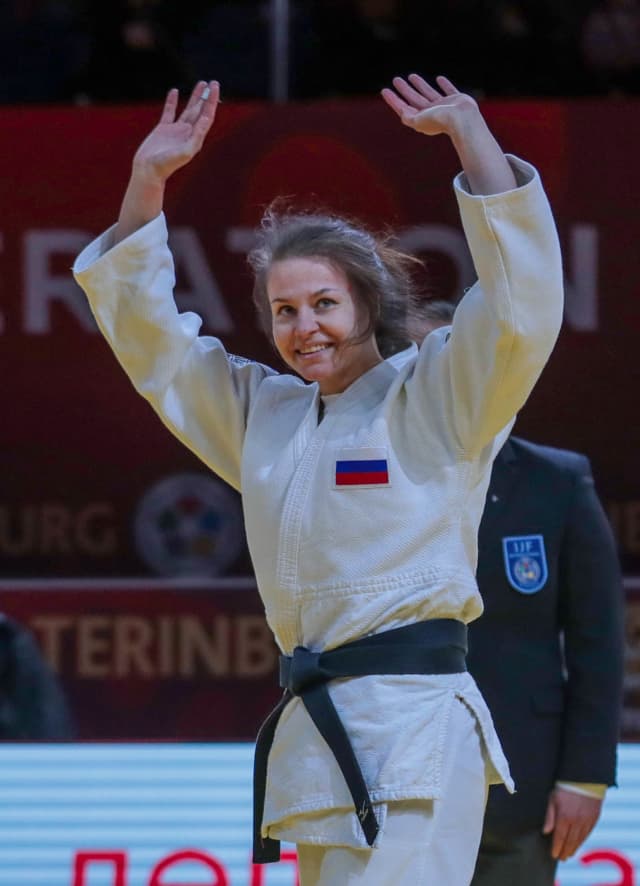 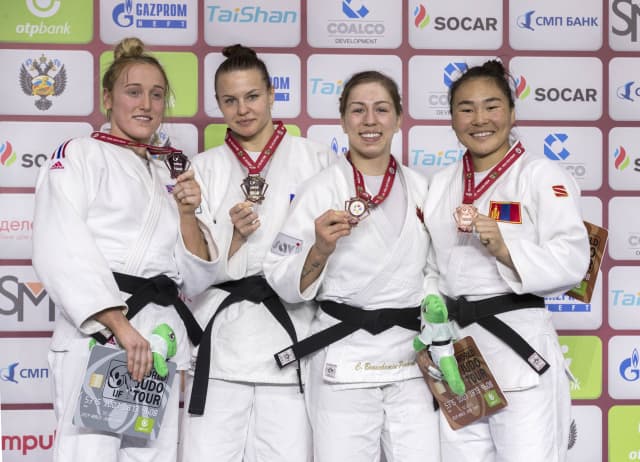 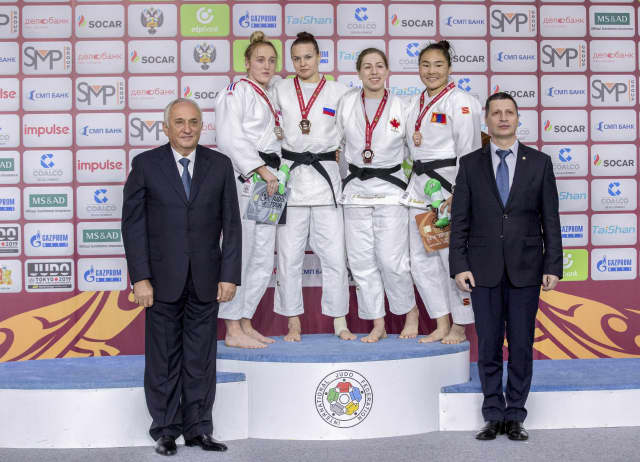 Top-ranked Marie Eve GAHIE (FRA) doubled her golden medal tally on the Grand Slam stage by defeating former world number one Maria PORTELA (BRA) in the -70kg final. GAHIE, who previously won Grand Slam gold in Abu Dhabi in 2016, pounced on the ground to trap the powerful Brazilian who was unable to muster any form of escape as the seconds elapsed for France’s second gold in Russia. 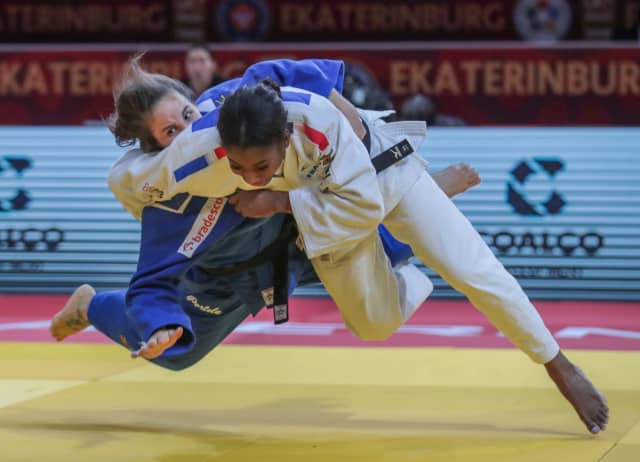 The first bronze medal was claimed by TANAKA who countered Olympic bronze medallist Laura VARGAS KOCH (GER) for ippon from a tai-otoshi with 38 seconds left in the contest.

The second bronze medal was captured by world number nine Assmaa NIANG (MAR) who flipped POLLERES over with a sumi-gaeshi for ippon after only 39 seconds. NIANG captured her country’s first Grand Slam honour at her 17th attempt to return to form after her second round defeat at home in Marrakech last weekend. 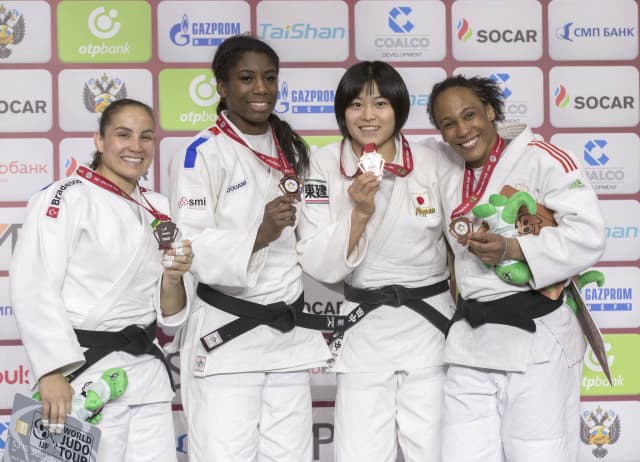 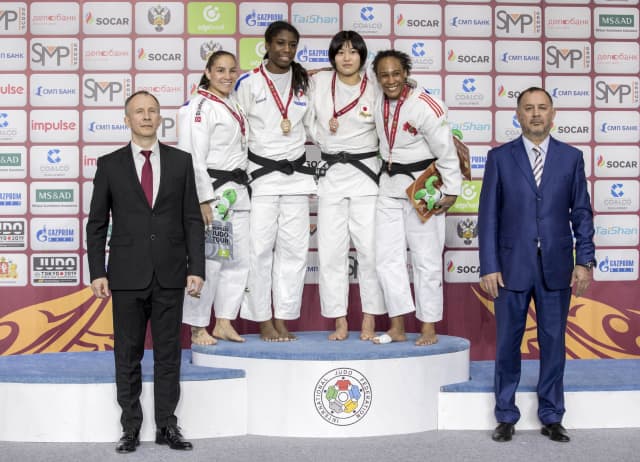 -73kg: Understated MACIAS makes his mark for Sweden   Osaka Grand Slam bronze medallist Tommy MACIAS (SWE) upset the form book as the early favourite for -73kg gold, Olympic champion Fabio BASILE (ITA), was denied a first IJF gold medal. Former Abu Dhabi Grand Slam winner MACIAS showed off his ne-waza prowess by manoeuvring from a possible hold down to an armbar and the Italian, who lit up the preliminaries with his lethal ashi-waza, tapped out using his left foot. 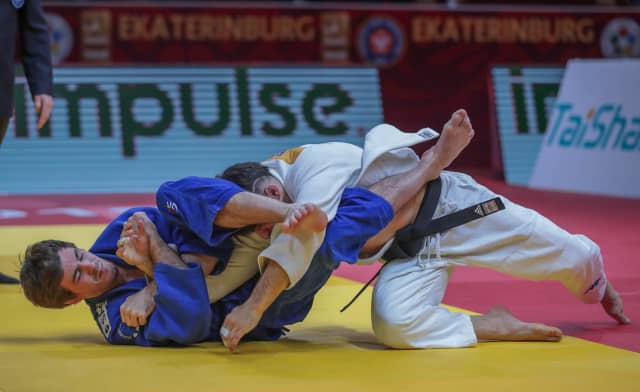 In the first semi-final former Pan American Championships winner Eduardo BARBOSA (BRA) fell to BASILE by a waza-ari score from another foot sweep. In the second semi-final MACIAS showed his character and composure in equal measure to defeat Grand Slam debutant Georgii ELBAKIEV (RUS) by a waza-ari score. 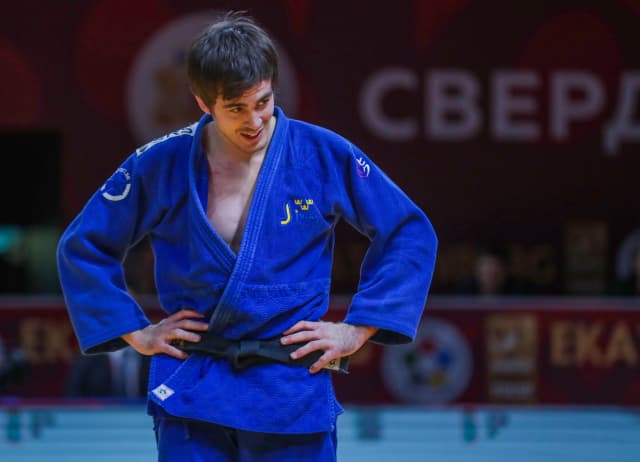 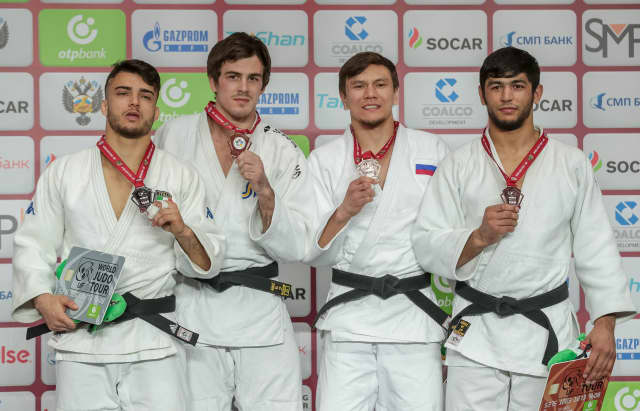 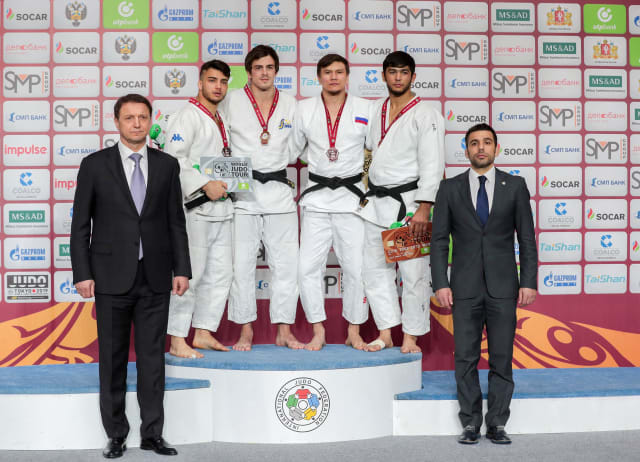 Paris Grand Slam silver medallist Sagi MUKI (ISR) bested former world champion NAGASE Takanori (JPN) in the -81kg final to win his third Grand Slam gold medal. MUKI waited until the closing seconds before launching with seven seconds left with a shoulder throw for a waza-ari and world number 153 NAGASE had to settle for silver in his first outing for 2019. 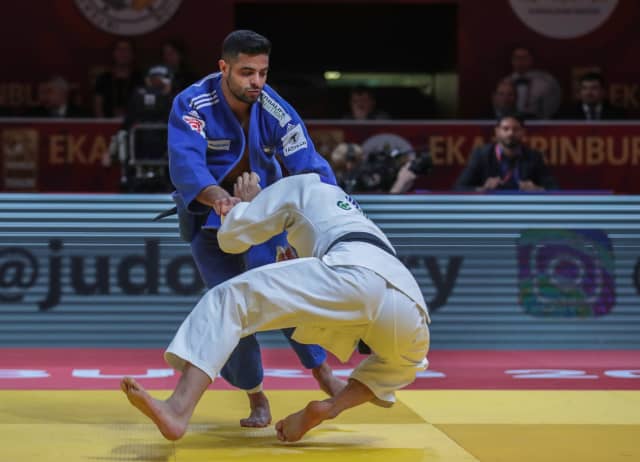 In the first semi-final World Judo Masters bronze medallist Frank DE WIT (NED) fell to NAGASE after three and a half minutes of golden score. The Japanese won by ippon from an o-uchi-gari to advance to the gold medal contest. In the second semi-final MUKI outlasted Düsseldorf Grand Slam bronze medallist Matthias CASSE (BEL) in golden score as he forced a waza-ari score from a seoi-nage. 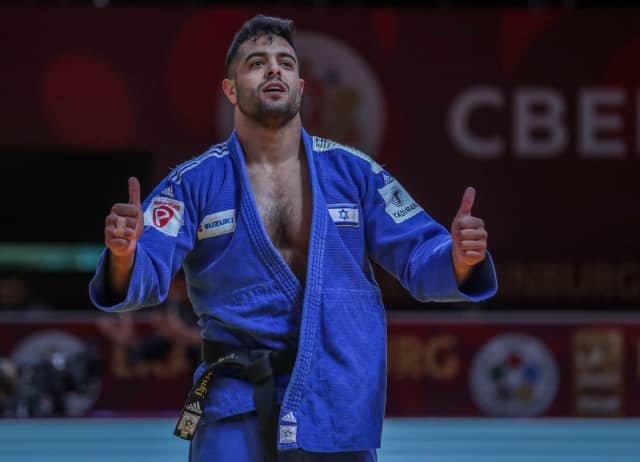 The first bronze medal was won by 2017 Ekaterinburg Grand Slam bronze medallist Etienne BRIAND (CAN) after CASSE was penalised with a shido for a false attack and this was his third and final indiscretion.

The second bronze medal was claimed by Junior World Championships bronze medallist Luka MAISURADZE (GEO) who dispatched DE WIT with aplomb. DE WIT, who was spotted fulfilling picture requests from young Russian fans outside the stadium during the break, was caught after 90 seconds as the Georgian got in close for a front uchi-mata and ippon. DE WIT lives dangerously with a ‘throw or be thrown’ attitude which makes his contests exciting and unpredictable and this was proof of that as MAISURADZE earned his first Grand Slam prize. 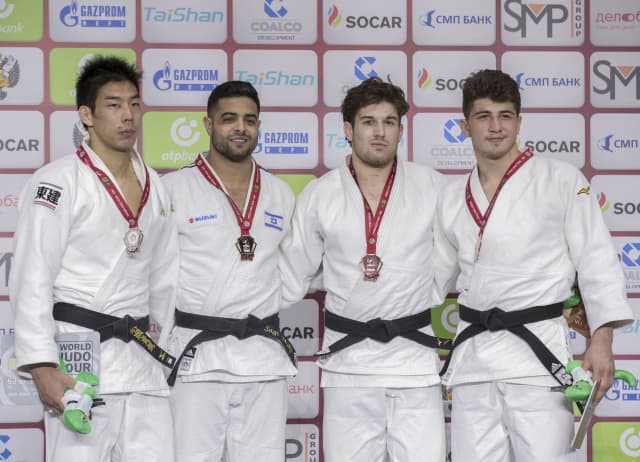 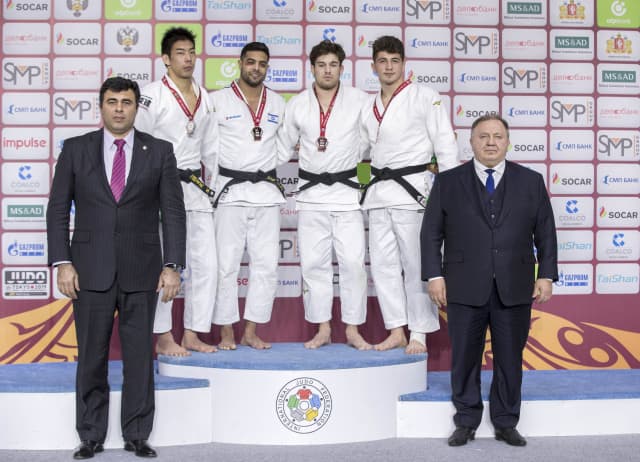