Written by Nicolas Messner on 24. Jan 2023
Share
In the first article dedicated to Jigoro Kano, the founder of judo, we looked at his early childhood, his birthplace near Kobe and some of the history of Japan, in order to begin to understand who he was and what the stages of his life were that had guided him towards the creation of judo. 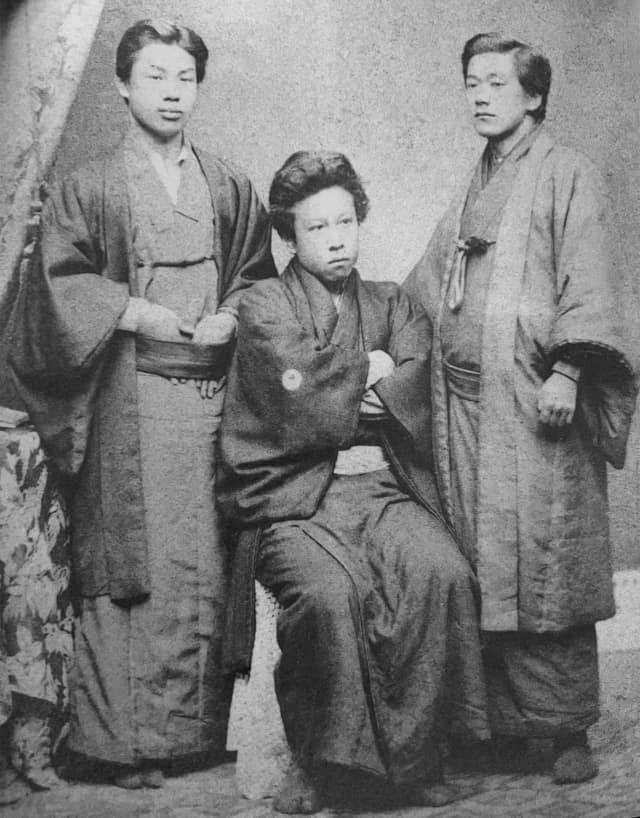 To understand the character even better, it is important to study his family a little more closely because here again we can find the deep roots of his future motivation.

Jigoro Kano, on his father's side, came from a line of priests, the Shōgenji, whose origins date back to the time of the Shinto god Kamotaketsunumi no Mikoto, in Japanese mythology, from thousands of years ago. Initially located in the vicinity of Kagoshima, the Shōgenji finally settled in Ôtsu.

Jigoro Kano's paternal grandfather, Shōgenji Maretake, was the main priest of the Hiyoshi-taisha temple, a Shinto shrine, which is part of the list of 22 Shinto temples. It includes 22 buildings, most of which are located in the Kyoto region, listed from the Heian period (794-1185). As such, these shrines receive special offerings from the Imperial Court of Japan. Hiyoshi-taisha Temple is located in Otsu, Shiga Prefecture, east of Kyoto.

Shōgenji Maretake was a renowned with special knowledge of classical Japanese poetry, as well as classical Chinese poetry, but also for his large family, since he had no less than fifteen children (ten boys and five girls). It was one of his sons, Shōgenji Marenu, who succeeded him at the head of the Hiyoshi-taisha. One of Kano's grandfather's brothers, himself an author of poetry, became a tutor for children of the Japanese nobility. If jigoro Kano did not really know those members of his family, as he was only three years old when his grandfather died, it remains no less true that he bathed, from his earliest childhood, in a world where the intellectual tingling was strong. 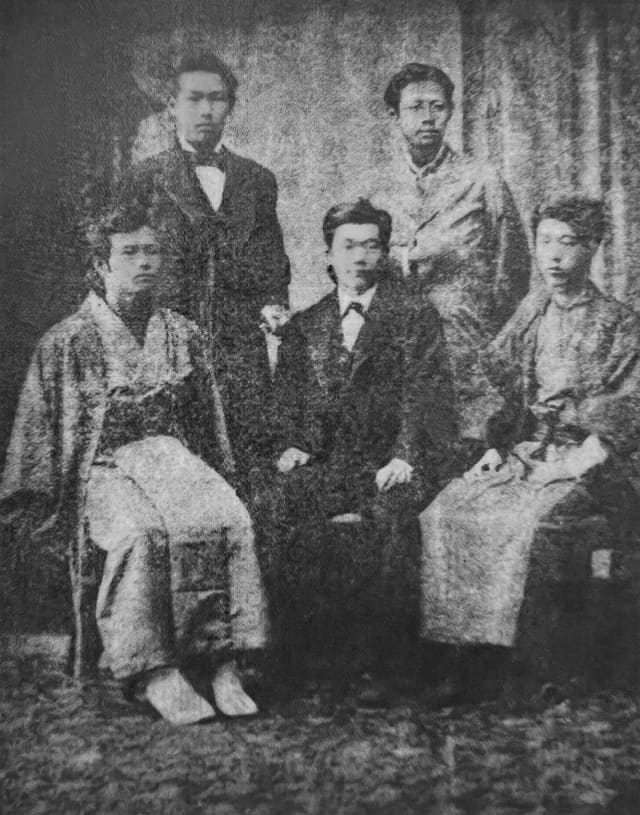 The father of Jigoro Kano, son of Shōgenji Maretake, was born in October 1813. Jirōsaku Mareshiba, who dreamed of discovering the world, left the family cradle and began to explore Japan. He ended up dropping his bags in Mikage, where he met the Kano family. They were an old Japanese lineage involved in making and trading sake since at least the 17th century.

Jirōsaku Mareshiba therefore began to work with the Kanos, in this case with Jisaku Kano. The latter, very happy with the efforts made by Jirōsaku Mareshiba, thanked him by giving him his daughter Sadako. Even more surprising to a modern observer, although it was commonplace in Japan at that time, Jisaku Kano adopted him. This is how Shōgenji Maretake took the name Kano, which then remained in the family, from which Jigoro obviously benefitted.

As the years passed, Jirōsaku 'Kano' became the official representative of the Kanos. He was at the heart of the development of the first Japanese trading companies, was also one of the founding members of the first maritime line between Kobe, Oita and Edo (Tokyo) and intervened in the military-industrial development of the country. Later, he entered the administration and was involved in the development of Japan's commercial relations in the shipyards and in the expansion of the Imperial Palace. When Jirōsaku Kano died in 1885, he was the Secretary General of the National Navy.

If we go back to the childhood of Jigoro Kano, a few years earlier, in Kobe, we are in full opening of Japan to the world and contacts with the outside are intensifying. The Kano family was on the front line. Jigoro therefore inherited strong intellectual baggage from the paternal branch and the baggage of openness to the world from the maternal branch; a mixture that worked wonders. 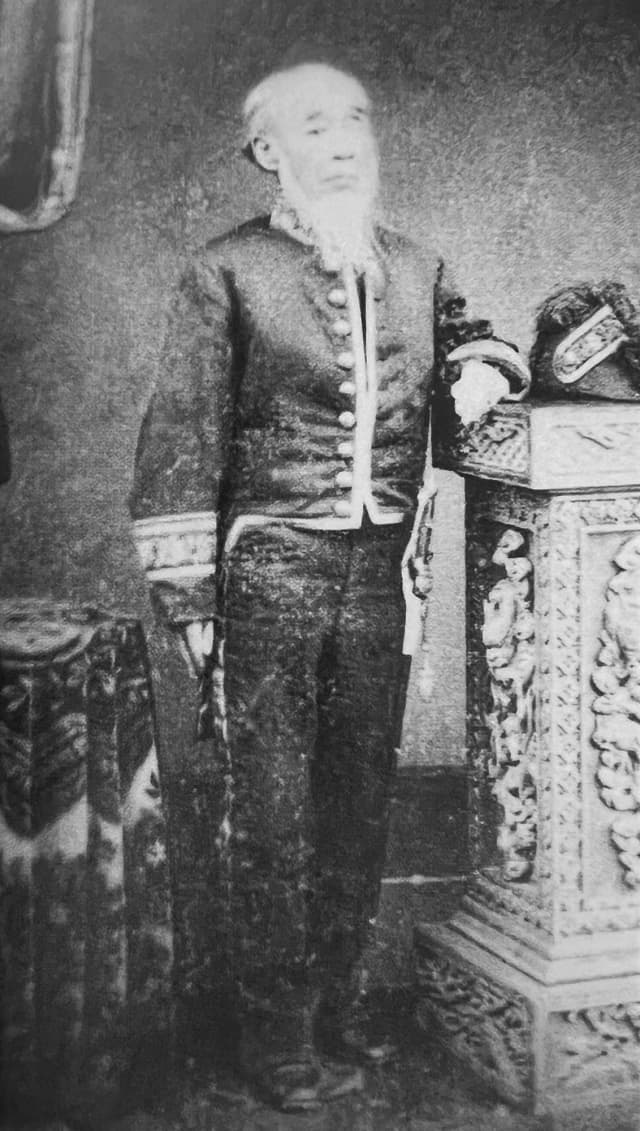 Jigoro had two brothers (Kyūsaburō and Kensaku) and two sisters (Ryūko and Katsuko). He was the youngest of the boys. His older brother worked with his father and several families around Kobe before moving to northern Japan to start his own business. His second brother participated in the construction of the port of Osaka, while his sister had three children who all followed the teachings of Jigoro, later in his adulthood. We will come back to this in a later article, when we focus on the achievements of the founder of judo.

It is notable to point out that one of his nephews, Nango Jirō, became the second president of the Kodokan. It is also important to say that most members of the Kano family held positions of importance or were married to notables in the Japanese administration as well as in industry or in the private sector. The Kano family were well established and played an important role in the development of Japan.

As we saw in the first article, unfortunately, Kano lost his mother very early, when he was only ten years old. However, even if he only knew her during the first years of his life, she continued to inspire him for a long time with her educational approach that was both full of feelings and love, while being strict. Sadako was a guide for Kano, whether she was physically present in his life or not. She laid the foundations of what would be his life as an educator.

It is undeniable that Kano, from his earliest childhood, showed staggering abilities in matters of the mind. Being of great curiosity, he was thirsty for knowledge and flourished in the discovery of everything around him. His parents, later only his father, as well as his whole family, wanted the best for their children and placed considerable importance on education. Kano should thus have attended one of the neighborhood schools of Mikage, the so called 'Terakoya.’ 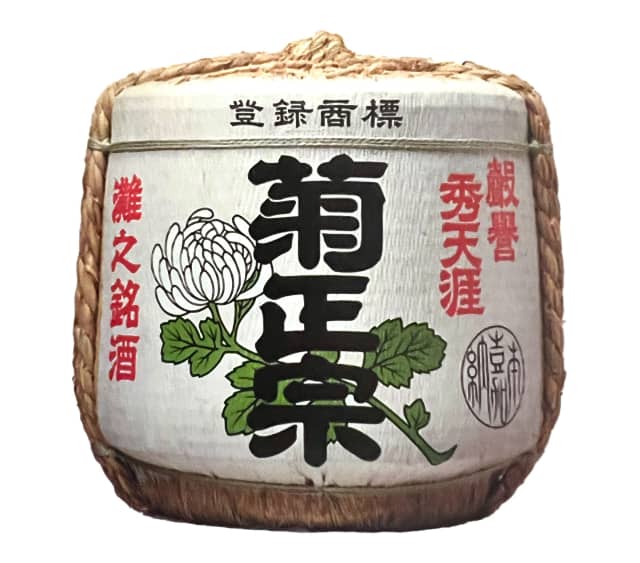 Those schools had appeared at the beginning of the 17th century. They were a kind of extension of school structures in relation to Buddhist temples. Before the Edo period in Japan, public schools were only for the children of Samurai and ruling families. Then they gradually opened up to the rise of the merchant class. Numerous in the big cities, as well as in the rural and coastal regions, they nevertheless did not correspond to the idea that Jigoro's parents had of apprenticeship. They were abolished though at the beginning of the Meiji era and replaced by a system with public schools for all.

Here is what Jigoro Kano said about it, "When I was a child, there were no primary schools like today and most of the children in the neighborhood went to what were called terakoyas where they received primary education. However, as far as I'm concerned, my father, who was originally the son of Shōgenji Maretake, minister of the Hiyoshi Shrine of Gōshū, a scholar of Japanese, Chinese and Buddhist letters, had studied Chinese letters from childhood. He was adopted by the Kanō family while he was passing through the surroundings of Mikage and he happened to comment on the Confucius Talks, which pleased grandfather Kanō who finally adopted him; that is why my father did not accept that I could be sent to an ordinary terakoya. From the age of seven, under the guidance of course of my father and my grandfather, I began to visit the house of a man named Yamamoto Chikuun, a painter from Sanuki who had a second home in Mikage where I learned, in particular, calligraphy and the Chinese classics. Then I went to a doctor named Yamagishi where I took my first steps in kanji." (Source: http://judo-o-miru.fr/kano-jigoro/sa-formation)

Jigoro Kano would therefore attend private lessons. After the death of his mother, Kanō was sent to join his father in Tokyo. He had only one desire in life: to learn and transmit. He entered a first private course where he continued his learning of Chinese classics and calligraphy. His abilities were noticed by his teacher. Ubukata Keidō advised him to study English. He then enrolled in the private Sannyū course. He was then equipped to follow Japanese studies and Western studies at the same time.

Very quickly, Kano joined the private Ikuei course, with teaching orientated towards foreign languages and then he entered a first public school, the School of Foreign Languages. He continued his education marathon by entering the Kaisei school. He graduated in 1877, which opened the doors to the University of Tokyo, which had just been founded. During a first four-year university course, he became interested in economics and political science, which he completed with a year of study in philosophy.

Jigoro Kano was just twenty years old and his knowledge was already encyclopedic. With a well-built head, it seemed obvious that a great career was open to him. Strengthened by his family heritage, he was ready to face life, yet he suffered and he had been suffering for a long time due to his small stature and the teasing and bullying he received at school. He had a solution, but for that he had to study, to study in a field that at first glance seemed the opposite of what he had undertaken. He had to be able to defend himself. That we'll see in a future episode.

Jigoro Kano: Who was he really?
A Young Man (1)