A Giant Leap for Women's Judo in Saudi Arabia

Written by Nicolas Messner on 13. Jul 2021
Photographs by Marina Mayorova
Share
The news caused a stir nine years ago, when during the London 2012 Olympic Games, for the first time in history, a female Saudi athlete took part in the event by participating in the judo tournament. Wojdan Ali Seraj Abdulrahim Shahrkhani was the first and she will soon be joined by Tahani Alqahtani, who has now heard her precious ‘open sesame’ to participate in the Tokyo 2020 Games, in the legendary Budokan. 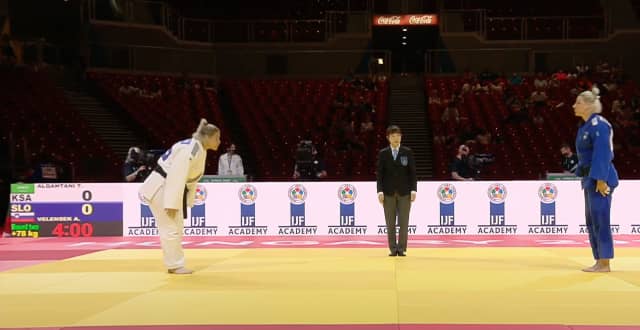 In March 2020, prior to the postponement of the 2020 Olympic Games, the IOC Executive Board committed to the goal of having, for the first time ever, at least one female and one male athlete in each of the NOCs and the IOC Refugee Olympic Team participating at this Games. The International Judo Federation is honoured to contribute to those noble objectives and was happy to formally invite Saudi Arabia (KSA) to receive an additional quota place for a female athlete in judo. This place comes in addition to the already confirmed quota places.

Tahani Alqahtani started judo a few years ago at the Saudi Judo Training Centre, based at King Saud University in Riyadh. Immediately the 21 year old showed great skills and she distinguished herself among her teammates, making it a natural progression to join the Saudi Arabian senior female national team.

She participated in training camps in Cairo, won silver in the Saudi Women's Championship 2019 and gold at the Kingdom Women's Championship 2020. Also in 2020 Tahani joined the Saudi Judo Training Centre at Princess Nourah bint Abdulrahman University in Riyadh and has participated in other training camps in Riyadh Club this year.

More recently she joined the international Tashkent training camp in Uzbekistan and was able to train with players of the World Judo Tour, including world champions and the Uzbek women’s judo team. As this was not enough, Tahani Alqahtani represented the Kingdom of Saudi Arabia during the World Judo Championships Hungary 2021. 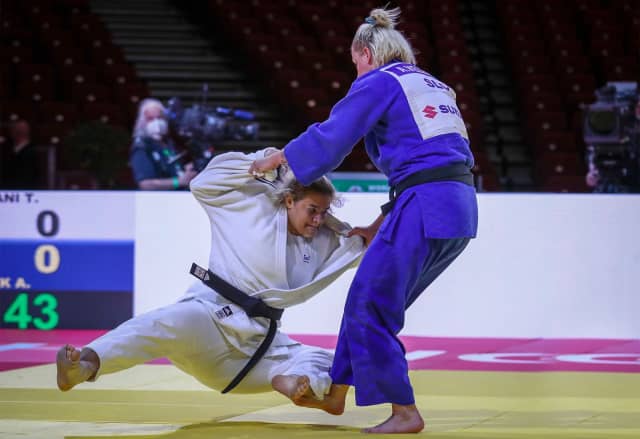 She declared, "My ambitions and goals are to reach the highest level and to achieve good results at the world and other international championships, in which I will raise the name of my country and be an image of the ambitious Saudi girls, in the framework of the 'Vision 2030,' which is meant to empower Saudi women. Judo for me is not only a sport but a passion that I adore, in its every detail. I study it daily. I want to do my best to achieve the highest results."

Tahani Alqahtani already sees beyond her participation in the Games, "My dream is one day to become a sports expert and Saudi women’s judo coach. I want more Saudi women to join so we can have a full team with female athletes of my country at the highest positions, working at the continental level and beyond. I want to be able to raise the flag of my country with pride on the World Judo Tour. Through that and my successes I want to show the world the true image of Saudi women. It is an ambitious goal but it is important to keep pace with the modern era in all directions."

Going back to her participation in the Tokyo 2020 Games she added, "My feeling towards representing my country in the most important sports event in the world is that I am proud and overjoyed to be a Saudi player who will represent her beloved country in the Olympic Games. I wish to deliver a great performance and I wish for it to be an amazing achievement for all Saudi Arabian women." 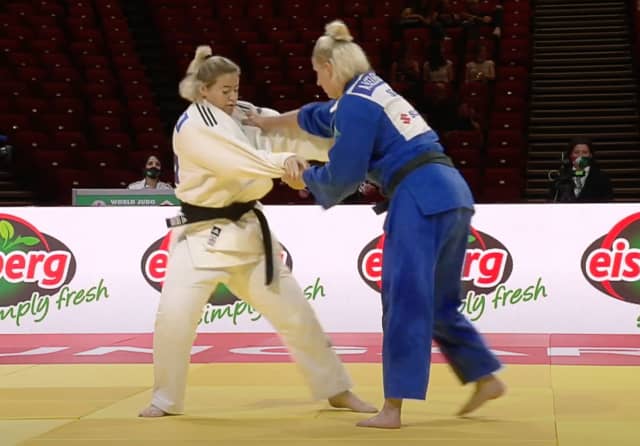 General Secretary of the Saudi Arabian Judo Federation Brigadier General Nasser Hassan Alghannanm said, "We are very pleased with this great support of an additional quota place for one of our female athletes. It's about cooperation between our organisations."

The Federation, represented by its President BG Khalid bin Abdullah Al Oraini also declared, "This is part of the Kingdom’s Vision 2030, which aims to empower women. Our Federation seeks to ensure that its plans and programmes will run to achieve this. This includes access to spreading the sport among girls, holding tournaments for them and giving them access to opportunities to represent the country in international and regional events and of course to achieve the best results."

In November 2018, IJF President Marius Vizer visited Saudi Arabia for the first time. During his visit he saw, first hand, that judo in Saudi Arabia had been developing exponentially and the cooperation between judo academies in schools and universities had been reinforced. One of the significant consequences was that the Saudi Judo Federation had created the first female academy, in King Saudi University and back in 2018 already more than 130 girls had discovered the sport.

It is obvious that the participation of Tahani Alqahtani will boost the interest in judo among the increasingly competitive women’s community in Saudi Arabia. Tahani Al Qahtani's participation in the Tokyo 2020 Games also echoes the election of women to the IJF Executive Committee. We hope to see more and more female athletes on the World Judo Tour and at future Olympic Games.