Written by Nicolas Messner on 09. Mar 2018
Share
On the eve of the Agadir Judo Grand Prix and on the occasion of International Women's Day (March 8th), the International Judo Federation and the Royal Moroccan Judo Federation organised a visit to an institution that takes care of young girls, whose family difficulties have been the defining moment of their lives. The President of the FRMJ, Chafik ELKETTANI, who is highly involved in these projects with a social dimension, explained to the IJF why such programmes are so important: "In the first place, it must be emphasised that it is our duty to take care of everyone and especially those who suffer. Life is not always easy and judo gives a smile to all these young people we are taking care of. Here we have a group composed almost exclusively of young girls and our social role is really important." 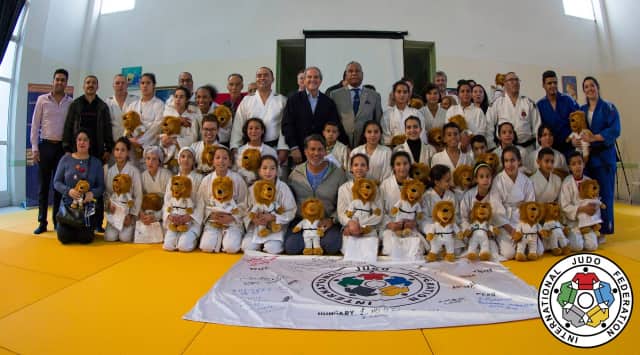 Through its development programs, the national federation fulfills an important support mission. It also offers the possibility to widen the base of the judoka in the country and to build a project for the future, a project which is based on the dream of seeing these young orphans reaching the highest level. Even if they don't become world champions, they will have learned values ​​that will be useful to them throughout their lives.

"For us, the educational dimension is as important as the one related to the elite. Our programs operate in about 15 institutions across the country and they are all very successful both at the institutional level itself and at the youth level as well. We can say that judo is the most represented sport on such a scale", explained Chafik ELKETTANI. 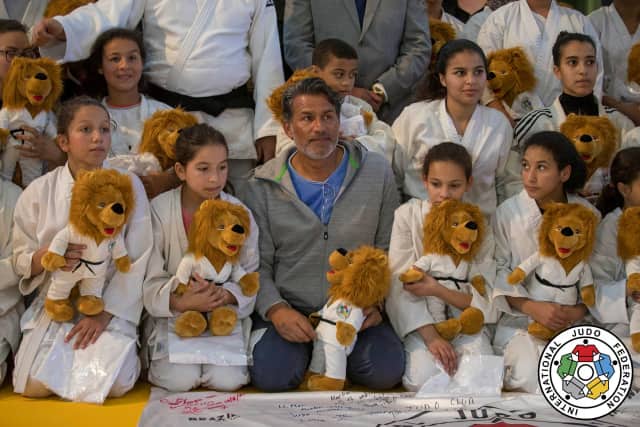 Above: Naser Al Tamimi, IJF General Treasurer together with the children

International Women's Day and the fact that the visit took place in an institution for young girls gave a special flavour to the visit during which many members of the IJF Executive Committee including Lisa Allan (competition manager and director of the Gender Equity Commission), Naser Al Tamimi (General Treasurer), Juan Carlos Barcos (Head Refereeing Director) and Armen Bagdasarov (Sport Director) were present. Also present were Cathy Fleury (former World Champion and Olympic Champion), now a member of the IJF Supervisor Group, as well as representatives of the FRMJ and many other guests. 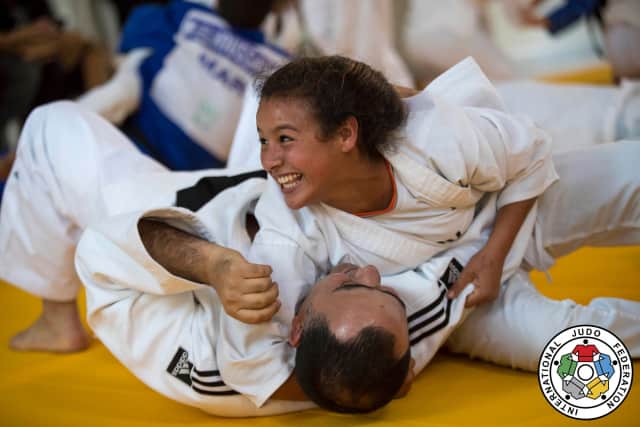 Above: FRMJ President had a lot of fun with the young children

The FRMJ has been involved for many years in the educational development of young orphans throughout the kingdom. The federation provides equipment and judo teachers while also providing insurance to all young practitioners.

"Access to combat sports is not necessarily easy," explained President ELKETTANI, before adding, "but with judo, it's different, here we have 80 girls who started the activity only a few months ago and they already love it."

To be convinced, it was enough to look at the bright smiles that lit up all faces when Assmaa Niang, who is the flag bearer of Judo in Morocco, arrived and spent a long time on the tatami with the girls. The federation had also asked Sara Ahadnoune, a former high-level competitor in Morocco who had recently become a doctor, to testify about the benefits of judo and the chance it could give in life. 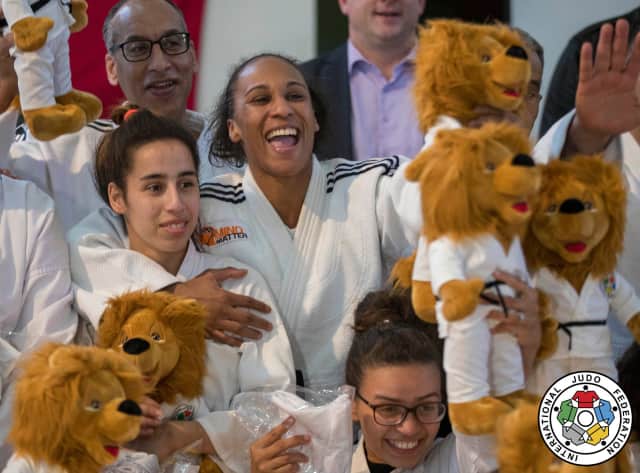 Above: Aasmaa Niang told a very powerful message to the children

If everyone was having fun on the tatami, the one who had the most pleasure was probably President ELKETTANI himself. For the occasion he had put on the judogi: "I started judo in a small village in 1973, when I was 6 years old. I had the chance to study and become a doctor, but what I am today I owe it to judo. To be with all these young people today is incredible. I really feel that we are doing our job by being here and transmitting something. So yes, I admit that it is a satisfaction for our federation and a personal satisfaction as well and I'm happy to see that we have a positive impact on this youth in need."

One of the interesting and crucial aspects of these projects is that it is open to all Moroccan youth. Thus, by widening the institutions in which programs are in progress, outside children can participate in the activities. In the same way, the children of the institutions can go practice in judo clubs and are integrated in the regional activities. 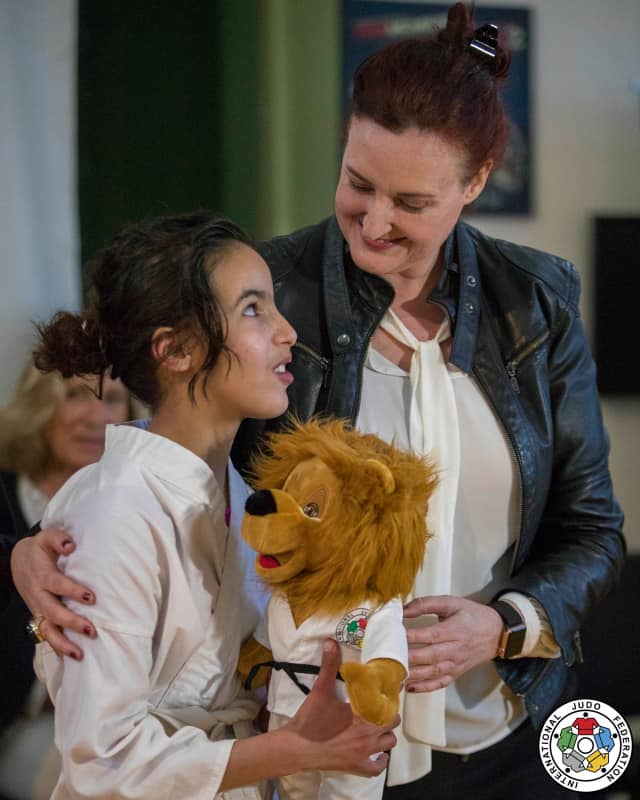 Above: Dr. Lisa Allan offering IJF mascots to the children

At the end of the visit, all the young participants received a gift (IJF Mascot) and a t-shirt and they will be present during the weekend at the Grand Prix.