Written by Nicolas Messner on 19. Jan 2023
Photographs by Nicolas Messner
Share
What has not been said about the founder of judo, Jigoro Kano? What has not been explained about his teaching method, judo? But do we really know the man who dedicated his life to education? "Nothing under the sun is greater than education. By educating one person and sending him into the society of his generation, we make a contribution extending a hundred generations to come." 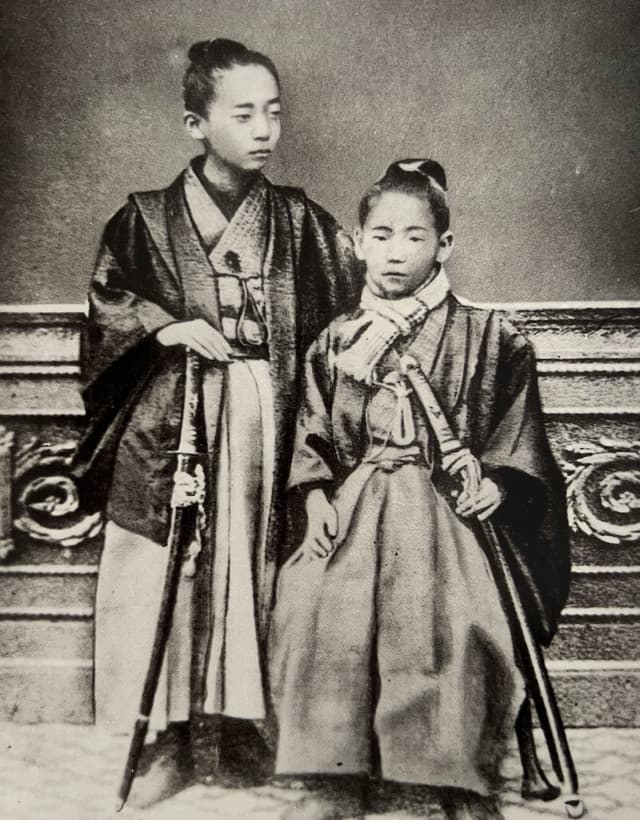 How, in a Japan that was just beginning to open up to the world, did a native of the Kobe region find himself at the heart of the country's most modern educational reforms? And why ? Exactly what were the different positions Kano occupied within the Japanese system that helped him to further his ideas? How was he able to set up the principles of the sport, while he was not more than 22 years old when judo was invented? Here are some questions that are not insignificant when trying to understand how judo has developed not only in Japan, but has become a major sport on the Olympic programme today.

Thus to better understand judo, it is impossible to ignore the man, whose boiling brain invented the concepts and philosophy that, more than 140 years later, are still relevant. The Japan of Kano and by extension the world of that time were not the same as today and yet the principles of maximum use of energy (seiryoku zenyo) and mutual aid and benefit (jita kyoei), constituting the backbone of judo, are more necessary than ever.

In this first part, we will focus on the youth of Jigoro Kano, his childhood before judo was invented. Step by step, in a series of articles, we will highlight what makes the great man, a character whose legacy is not only useful and necessary for our judo community, but more generally and in all modesty, for humanity, still so relevant in 2023.

If we talk about modernity in Kano's approach, we must also talk about tradition, because from an early age the young Kano was raised in the Japanese tradition of his time, a tradition to which he always remained attached, characterised by the classical education he received. For instance, he wrote Chinese and knew the classics perfectly. He immersed himself in a world where respect for rules, individual obedience to the group and to higher authority, characteristics of neo-Confucianism, were required. In the universe of Kano reigned humanity, righteousness, correctness, wisdom, fidelity and sincerity. 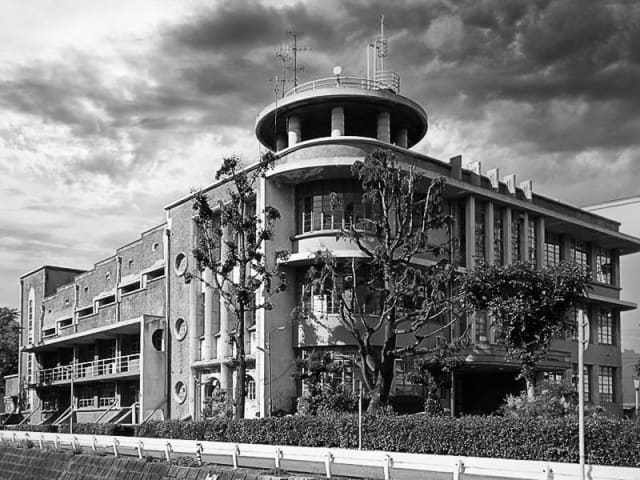 Kano's later-to-be feat was to combine this tradition with a much more modern vision of education, managing to do so without creating a divide between the two. This is why we can say that even today, judo represents the perfect synthesis between tradition and modernity. Judo helps is understand the past, to live in the present, for a better future.

Because he had a strong temperament, a great capacity for synthesis and analysis and was a workaholic, Kano succeeded in linking two educational approaches that everything seemed to oppose.

To understand this, we must remember that when Kano was born in 1860, Japan was in turmoil while its feudal system, the Shogunate or Bakufu, in place for centuries, was about to collapse. The Tokugawa shogunate, under the Edo period, also known under the name of Bakumatsu, was about to ring, since it was in 1868, when Jigoro Kano was only eight years old, that Japan put an end to its isolationist policy, known as the sakoku, and modernised the feudal system of the shogunate to give birth to the Meiji government.

The previous years had already begun to sound the death knell of medieval Japan. Among the events of this uncertain period, there were some which had an undeniable influence on Kano and his family and on the future of judo. Thus on 31st March 1854, the ‘Treaty of Peace and Friendship between the United States of America and the Empire of Japan’ was signed. This treaty provided for the opening of several Japanese ports to foreigners. Later followed treaties with Russia, England and France. It was therefore in 1867 that the port of the Hyōgo prefecture (Kobe) opened its doors to the world. Kano benefitted from his new openness to other countries. 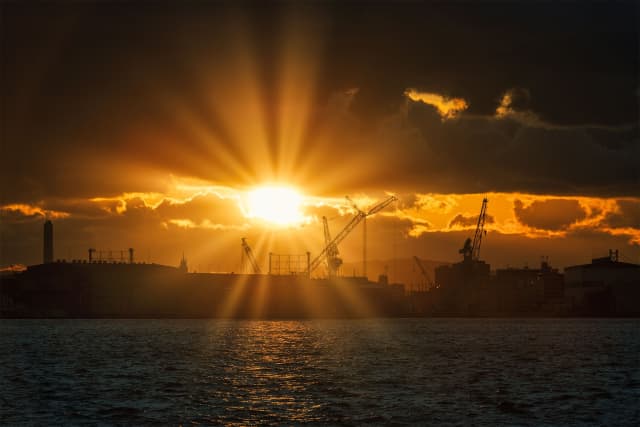 Born in Mikage on 28th October 1860, in the family home, only ten kilometres from Kobe, Kano, whose childhood name was Shinnosuke, quickly saw more and more non-Japanese people pass in front of his house. The Kobe naval school, not far from there, was attracting more and more people and the activity of the port was following an exponential trajectory. If today the region looks like a continuous series of modern towns and suburbs, in this second half of the 19th century, it was quite different.

Mikage was a small village, in the shadow of Mount Rokkō, whose protection guaranteed milder winters than elsewhere. The family home, a large two-storey building articulated around two rooms and a Japanese-style garden, was called Senbankaku. The sea was a stone's throw away and young Kano spent time there fishing, in contact and communion with nature.

Yokoyama Kendo, who later became one of Kano's first students at the Kodokan, described his impressions of Mikage, which he visited much later (source: Jigoro Kano, Père du Judo - Michel Mazac - Budo Editions, 2014), "It was without doubt this sea where the master learned the basics of swimming which he loved, this large natural stage for ideal gymnastics where he rested lying on the beautiful white sand... It was a large natural dojo of immense dimensions in peace, freedom and generosity."

We will come back in another article, about Jigoro Kano's family, in order to better understand the social environment in which he evolved, but it is necessary from now on to know that he lost his mother very young, when he was only ten years old. It is obvious that this trauma marked him deeply. Sadako Kano was a woman of principles, both very caring towards her children while being strict and uncompromising. Kano described his mother as an endearing woman but one who knew how to scold with authority when necessary. 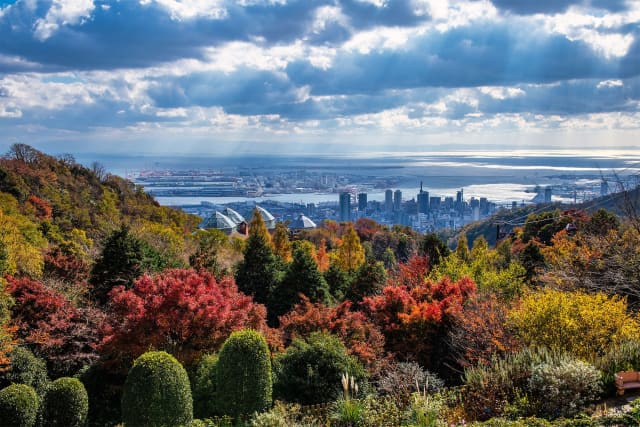 Kobe and the Hyōgo prefecture today

From the age of seven, Kano learned to read and write from texts by Confucius. If this was not exceptional in itself at the time, one cannot avoid admiring such precocity. What is perhaps even more impressive and gives an idea of what his life would be like later, is that from the age of eight, he enjoyed teaching other children what he had learned. He already had the soul of an educator.

If Kano's life was rather peaceful in Mikage, it seems that very quickly, he felt cramped there. The death of his mother and the transfer for professional reasons of his father to Edo, soon to be known as Tokyo, as during the Restoration of 1968 the Meiji government renamed the city and designated it the capital of Japan, to the detriment of Kyoto, gave him the opportunity to envision the life he dreamed of. Didn't he tell his sisters, "I won't live long in Mikage. Anyway, I'll go to Edo and become a great man" (source: Jigoro Kano, Père du Judo - Michel Mazac - Budo Editions, 2014). At eleven years old, Jigoro Kano arrived in Edo.

The first part of his life, not far from Kobe, had left its mark. In contact with foreign travellers, he had learned and understood that there was a world beyond the Japanese coast. This world he dreamed of knowing and perhaps conquering. At fourteen Kano began to learn English diligently, with foreign teachers. At the same time, he perfected his knowledge of classical Japanese and Chinese history and developed a passion for calligraphy, which remained one of his great passions until his death. Still at the age of fourteen, he was at the point of putting his life in a gear that would guide him from that point on: his need to transmit and teach with the dream of creating a fairer society. Kano was not yet the old man we all see the portrait of in dojos around the world. He was young, dynamic, passionate and already had a strong education based in values, but he was small and skinny and that had a very big influence on the future. However, that's another story; to be continued.

Athlete Stories
Mums in Portugal, on Judo and on Prioritising