AGADIR IS IN THE STARTING BLOCKS

Written by Mark Pickering, Nicolas Messner on 08. Mar 2018
Share
Today the official draw of the Agadir Grand Prix, Morocco was held in front of the heads of delegations of 38 nations representing 241 athletes from five continents. But before the draw began, women were honored in the framework of the International Women's Day.

In his address to this Grand Prix, the President of the International Judo Federation, Mr. Marius Vizer, made a particular statement regarding the importance of this day and the role of women as important members of the judo family contributing on a daily basis to the development of our sport. In his message that was also posted on the IJF website (https://www.ijf.org/news/show/presidents-message-for-international-womens-day) Mr. Vizer added further, that he “wished to thank all the women for making us stronger and sharing with us the joy and honour to work for the betterment of the sport.”

The Judo community has many examples of National Federations doing projects for International Women’s Day, such as the one by the Danish Judo Federation which has 25% of their members who are women and they are using this day to increase that number. 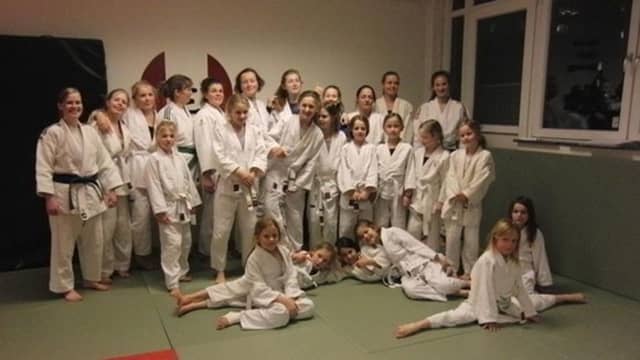 Above: Judo for Women in Denmark

Women play an important role in judo as can be seen in countries such as China where China’s three gold medals in judo at the Beijing Olympics were won by women, one of whom, Xian Dongmei, is now president of the Chinese Judo Association, in Slovenia with Urska Zolnir who inspired their second gold medal in Tina Trstenjak, and of course Malinda Kelmendi who won Kosovo’s first ever Olympic gold medal of any kind. 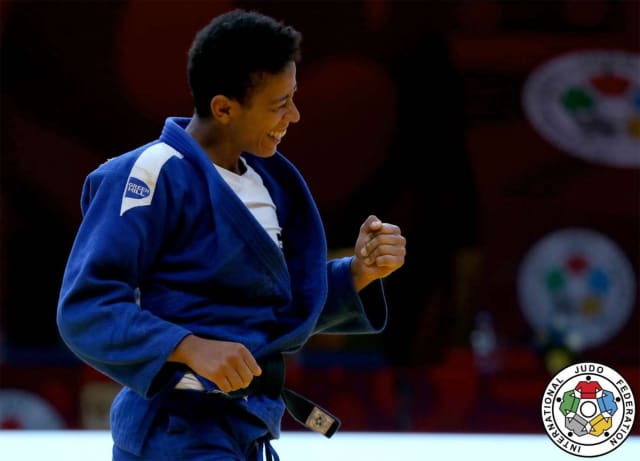 Above: Miryam Roper (PAN) after winning the Ekaterinburg Grand Slam in 2017.

On this special occasion the IJF also had the opportunity to ask some question to Miryam Roper (PAN) who will be the top seed athlete in the women's -57kg weight division.

IJF: How do you feel to be a elite competing female athlete in judo in 2018?
MR: I am really enjoying representing women especially of Latin or Central American descent. We are still living in a world where gender and other things define your chances. So I love showing that women are strong and we can be whatever we believe in.

IJF: How does it feel to compete in a sport which has such a strong sense of gender equality?
MR: I think in judo we have been progressing a lot. In Tokyo 2020 we will have the same number of female as male athletes. We have the same venues, competitions, prize money etc., but still there is room for improvement. We as women have to work on that too, to showcase us more. It’s not about equality, men and women are not the same, but both is beautiful and our differences make it special. It’s on us to get more involved in the judo world as coaches, officials etc.

IJF: As a woman, what are the greatest experiences and opportunities you have had in judo?
MR: Last year I was in Panama working with abused women and girls from districts of small incomes and telling my story, showing them that woman can be strong and fighters, living their dreams, also the big ones gave them hope, motivation and big smiles. That is for me one of the greatest things and after my career I want to dedicate myself more to the empowerment of women. Also it is a motivation for me, in the central american Games women told me now that I represent Panama I represent all of them, the women of central america. 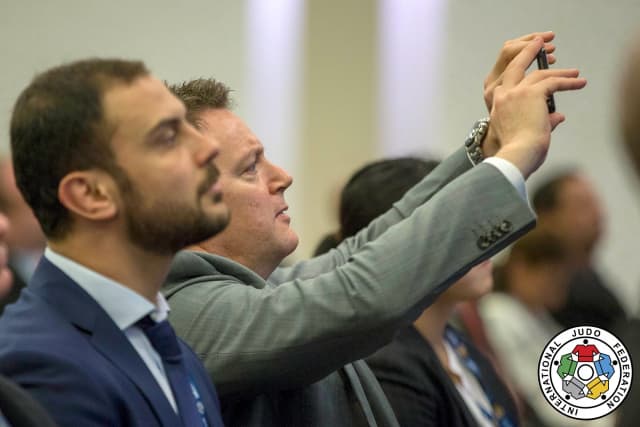 As the draw procedure was going on, Naser Al Tamimi welcomed all the guests and wished them all the best for the three days to come, while the Moroccan Judo Federation President, Chafik ELKETTANI underlined the fact that: “The Agadir Grand Prix is the first one of its kind and we are happy to welcome all the delegations in Africa, In Morocco and specifically in the beautiful city of Agadir. This event, as all the events that our federation has been organizing over the past years, is strongly supported by His Majesty, the King Mohammed VI of Morocco, and it is an honor for us to receive the support of the International Judo Federation and its President as well.“

It must be said that Morocco has been very active in the past years to develop judo in the region. In 2010, the Junior World Championships were held in Agadir. A few years later, it was Rabat's turn to host the World Judo Masters and less than four months ago, the Open World Championships were held in Marrakech. For several years also the Moroccan Judo Federation held a Continental Open in Casablanca and in 2018, this event was upgraded to a Grand Prix by the IJF. After this 2018 edition, two more Grand Prix will be organized in Morocco in 2019 and 2020. 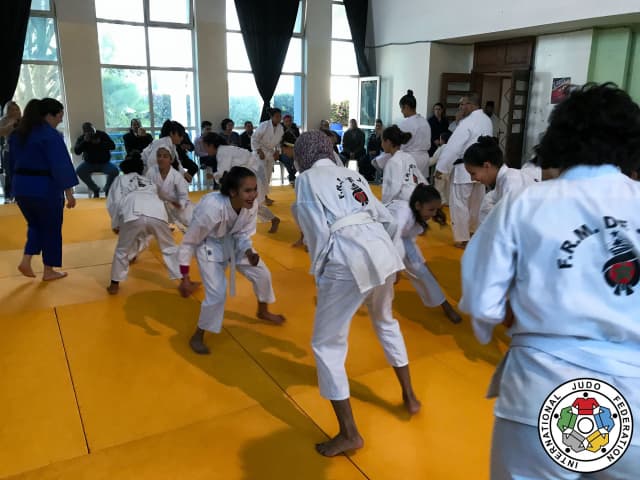 At the end of the day, an IJF delegation visited the Childhood Protection Center for Girls of Agadir, where the Moroccan Judo Federation is conducting a programme using judo as a social development tool (image above - more information about that visit and the programme in the upcoming news articles).

Many delegations arrived in Agadir with young athletes, who they want to test before the Olympic qualification starts in May on the occasion of the Hohhot Grand Prix. This is the case of France for instance, as most of the athletes are rookies on the international circuit. Other delegations such as Russia are back with their top athletes like Khasan KHALMURZAEV, Olympic Champion in Rio in 2016. Below you will find the four top seed athletes per weight category and their most significant result. It will also be interesting to follow Nemanja MAJDOV (SRB), the current World Champion, who was a big surprise last year in Budapest and who his back on the World Judo Tour with his red back patch.