Defending world champion TAKATO Naohisa (JPN) was stunned in the quarter-final by world number seven Sharafuddin LUTFILLAEV (UZB) by ippon. TAKATO has already lost his red backpatch but will be back in the final block with the aim of salvaging a bronze medal.

World number one Robert MSHVIDOBADZE (RUS) lost out to YANG Yung Wei (TPE) after picking up three shidos. YANG fell at the quarter-final stage at the hands of Lukhumi CHKHVIMIANI (GEO) by a waza-ari score.

Former world bronze medallist KIM Won Jin (KOR) lost out to NAGAYAMA Ryuju (JPN) in the second round via uchi-mata-sukashi.

World number three Amiran PAPINASHVILI (GEO) was another early casualty as he fell to Gusman KYRGYZBAYEV (KAZ) by a waza-ari score. 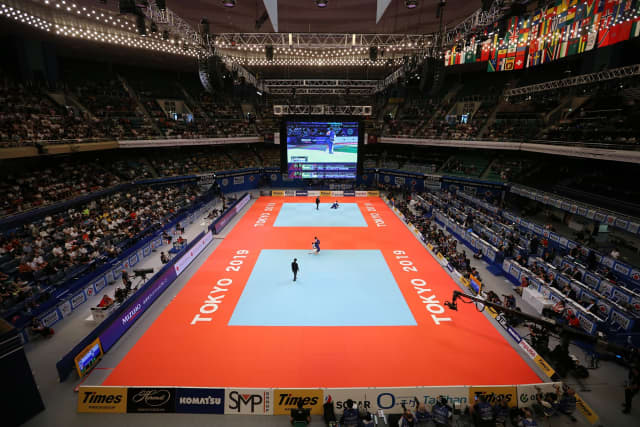 The top four seeds all safely progressed to the semi-finals as the top-ranked judoka were on form during the preliminaries.

Reigning world champion Daria BILODID (UKR), the youngest world judo champion of all time, eased through her preliminary rounds with three wins all by ippon to book her place in the semi-final.

Watch the final block from 7pm local time here on the IJF site at live.ijf.org