Written by Nicolas Messner, Jo Crowley on 14. Jul 2021
Share
Even if it is the National Olympic Committees, representing nations, which participate in the Olympic Games, each continent will watch the results of their athletes closely during the Olympic Games. Europe, which intends to be at the top of the medal ranking, has just organised a last Olympic training camp, while the first delegations are about to fly to Japan. Staged in Porec, Croatia, the camp provided an opportunity to take stock of the forces present. 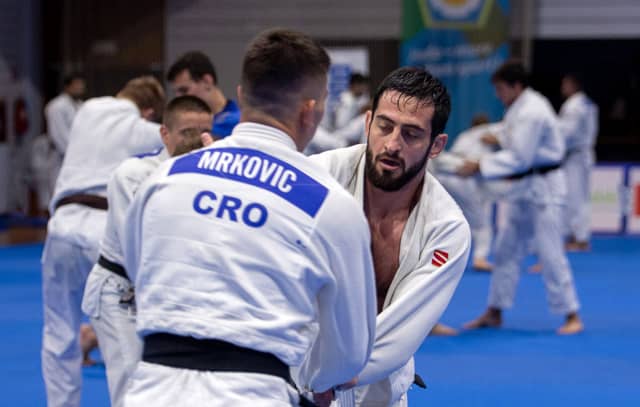 With only a matter of days before many depart for Tokyo you can feel the excitement, the nerves and determination of the athletes in their final preparation.

Many nations have come together in Porec, Croatia for the camp which is usually accompanied by the judo festival. In the current pandemic, not all the activities could be organised though and with health being a priority of the EJU and the Plava Laguna resort being open for business, all holiday goers and hotel employees have undergone rigorous testing to ensure the safest possible environment for all.

The Croatian Judo Federation have once again provided a fantastic event for the European athletes and welcomed those from outside the continent; to be the best you have to train with the best.

General Secretary of the Croatian Olympic Committee, Sinisa Krajac was in attendance to welcome the athletes and explained the importance of holding this camp to Croatia. Though in the past, his experience in football would have placed his passion there, his children have been in judo for fifteen years, transferring his emotions and allegiance to this sport. For him, this is his number one and so he is proud to have this OTC in Porec on the eve of the Olympic Games. 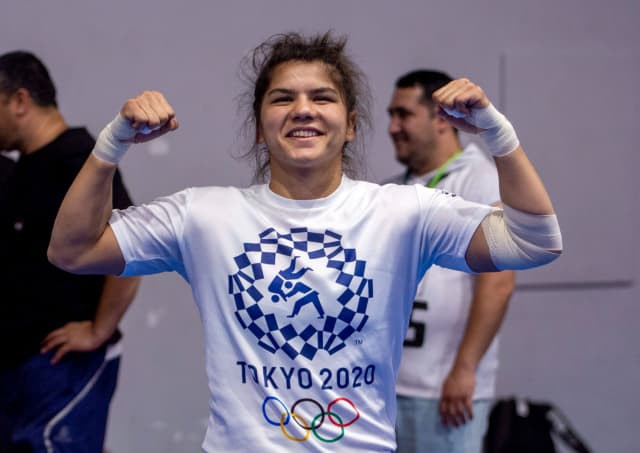 "When you have this number of top level competitors in one place, it is a big honour and an even bigger responsibility for our Olympic family and for our national association. This is a great position for our sport; our judo federation is one of the best national organisations in the Olympic family and they have very good leaders who lead our federation excellently. You can see that because we are organising camps like this. Also I would like to thank the European Judo Union for trusting our national judo federation and our national Olympic Committee to give this opportunity to judoka before the Olympic Games."

The level of judo is inarguable here and is a preview of what is to come in Tokyo, not only from the numerous European nations but also a huge team that has flown in from Uzbekistan under coach and Olympic champion, Ilias Iliadis.

It is important for many of the smaller nations, including Sweden and Denmark, to have these camps; the more partners the better! With the likes of Turkey, Azerbaijan and Georgia sending colossal teams, alongside the home nation of Croatia, there are more than enough to go around!

Aside from the potential Olympic medallists, there are younger teams from Finland and Hungary in the mix, to get a feel for a strong camp and to be training and learning from the best. 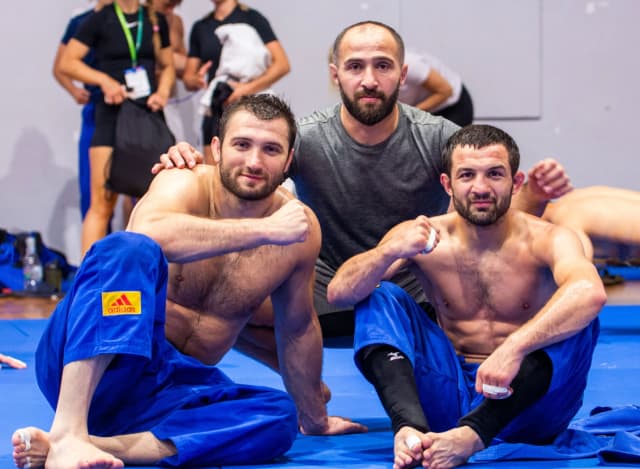 Though it isn’t as busy as a typical OTC, which is understandable with the Olympic Games on our doorstep and many work hard to avoid picking up injuries, there were still plenty in attendance, including Austria, Moldova, Greece, Kosovo, Belgium, Slovenia, Bulgaria, Switzerland, Belarus, Czech Republic, Armenia, Bosnia and Herzogovina, Estonia and Latvia and that was just the Europeans.

Alexei Budolin, coach for Switzerland said, "I feel great! For me the Olympic Games is always a really nice event to show the best that you can do, not only for one or two years but your whole life. It is the top of the top competition. I’m a little bit nervous but in a good way. I’m just thinking about how we will fight and the opponents ahead of us but I’m not nervous for the result because they are ready and they will fight and give their best.”

Yvonne Bönisch, head coach for Austria, declared "It is very hard to describe. First of all this is the first Olympic Games for me as a coach in general and I’m already nervous and I'm surprised by that I because I was an athlete at the Games twice, two different experiences. One was really successful and the other brought a disappointing result. I know what it means to prepare for the Olympic Games and to be there one hundred percent, so I try to give all the good things to the athletes and yeah, I’m really excited already!" 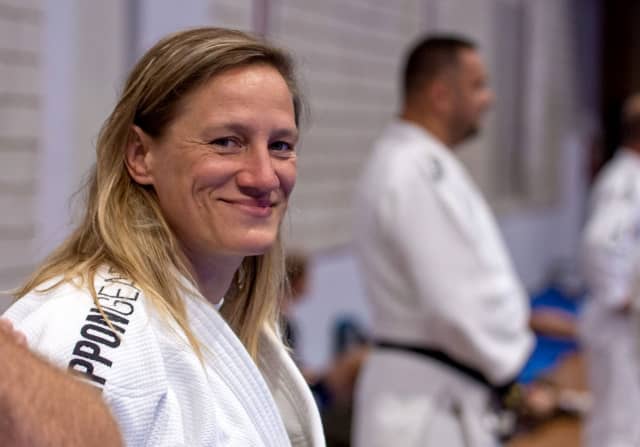 Peter Scharinger, coach for Denmark added, "The camp in Porec is the last chance for us to get the hard randori in before the Olympic Games. We don’t have so many partners at home so we are happy that the EJU is organising things like this. About the Olympic Games, it’s a big thing for Denmark; for 33 years there have been no participants. The whole federation worked hard, the whole coaching staff. The entire training group is very excited to have a representative from Denmark at the Olympic Games."

Planes are already leaving Europe, full of motivated athletes who want to perform in Tokyo and no doubt they will. The OTC organised by the European Judo Union was an important step in the final preparation for dozens of athletes. Once they arrive back home, with the Olympics behind them, some with medals and all with memories, they'll remember the importance of Porec in their 2021 schedule.