Written by Nicolas Messner on 26. Feb 2019
Share
An article on judo was published in the Olympic Review in January 1912. Even if the article was not signed, the text was attributed to Baron Pierre de Coubertin, the father of the modern Olympic Games. “The judo vogue was enormous and soon the Kodokan extended its influence outside the limits of the Mikado's Empire. Here we have a sport, if not new at least modernized and in which the initiative of one outstanding man has played a significant part. Professor Kano, who is known to be one of the most distinguished men in modern Japan, has rationally coordinated old-time jiu-jitsu, he has done away with useless blows, added more his forbears did not know, and he has codified the whole in a logical and scientific way." 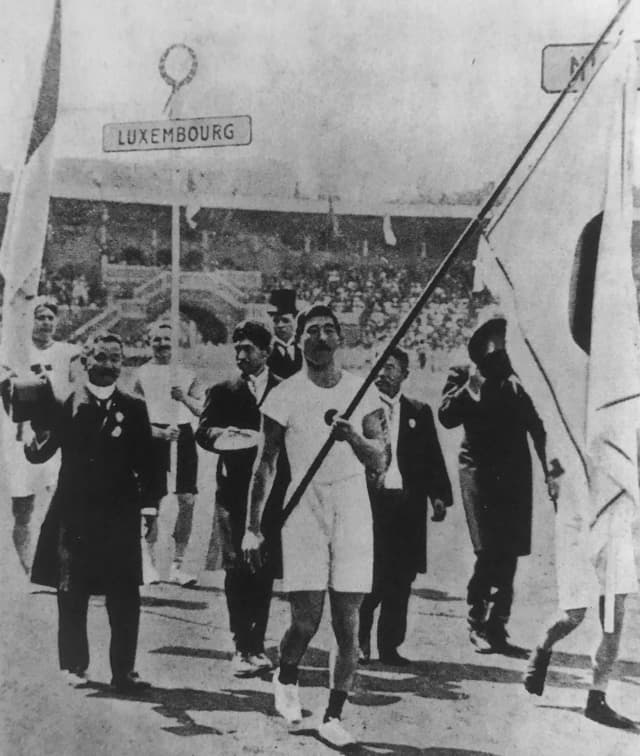 This article was written only a few months prior the two men met during the Olympic Games in Stockholm in June 1912. Coubertin's assessment was obviously a tribute to Kano Jigoro and a visionary perspective about the boundless diffusion of judo outside Japan. In this, Kano's role is undeniable. However, excellent though is qualities and superior the method be, judo would not have spread all over the world without other indispensable ways.

In Japan, for instance, the increasing numbers of Kodokan Judo players and the growing popularity of judo were mainly linked on one side, to the inclusion of judo in the school and university curricula, and on the other hand to the multiplication of regional structures, called 'yudanshakai'.

Gradually, in each region of the archipelago a local governing body on the model of the Tokyo school was set up. That insured coherence and a thorough national control. From the 1920s onwards, university judo appeared as playing a secondary but determining role in an accelerating development. The compulsory side of the practice in many academic institutions, and the frequent national competitions organized throughout the year, transformed judo into a popular activity belonging to the daily life of high school and college students.

But the difficult social and economic context that pushed thousands of Japanese people to emigrate drew talented judo players to risk adventure and to go west, as their elders had done at the beginning of the 20th century. Hawaii, the West coast of the United States, Canada, Brazil and Argentina were among the First Nations visited by those 'adventurers'. They contributed to the creation of clubs functioning as permanent educational structures among expatriate Japanese communities. 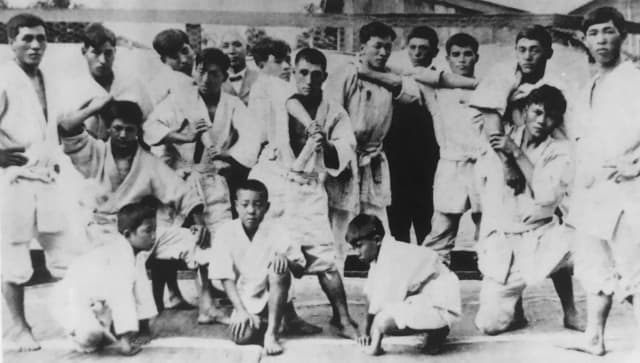 The Japanese diaspora turned out to be the first vector of geographic diffusion. In each community, judo was a cultural element linked to tradition and education. Its transmission was true to the founder's principles. Similarly, governing and grade ranking rules were dictated by Tokyo norms. The London Budokwai, under the tutelage of Koizumi (see previous articles), adopted the exact same logic of respect of cultural exigencies and conformity to the model established by Kano. The political and commercial influence of Great Britain added to the influence of Japan and its diaspora to spread Kodokan judo throughout the globe.

However an alternative to the Kodokan method appeared in France towards the end of the 1930s. A westernization process of judo teaching began in those days. This happened under the influence on one charismatic, wandering, Japanese expert, Kawaishi Mikinosuke, in a very specific context, totally different from that of other countries. There is no other country in the world, apart from France, where judo has penetrated so deeply a Western society. However, contrary to countries like the United States, Brazil or Great Britain, France and Japan did not have privileged relations at that time.

Diplomatically speaking, France chose the Russian side in 1904 and Japan became allied with Germany in 1940. Political and economic relations did not really develop fully before the last decades of the twentieth century. 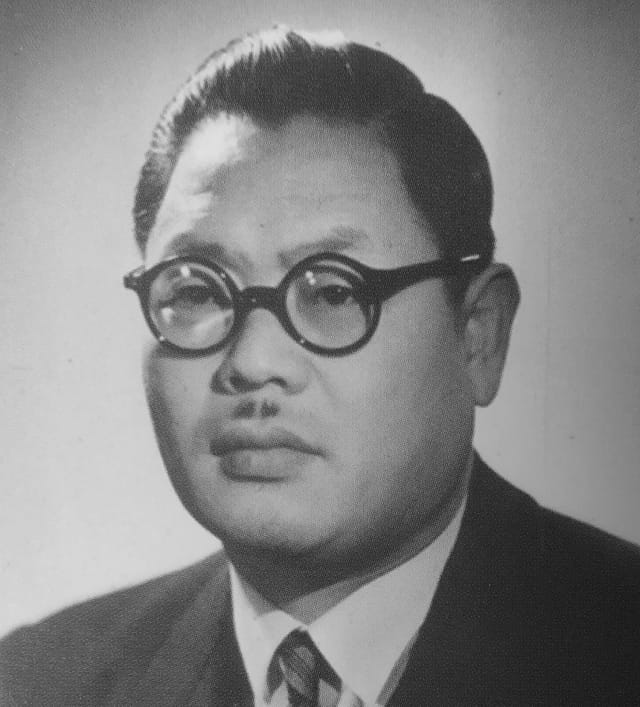 However, in spite of the differences and the distance, and of the fragility of relations, Japan has always exerted a great fascination over French people. They have admired the culture and art of the noble legendary samurai. These main traits of the collective consciousness were extremely favorable to the implanting of Jano's method. Less obvious because of the absence of a strong Japanese community on French territory, cultural differences were more flexible and did not forbid adjustments to French mentality. According to Kawaishi: “Judo is like corn or rice, it must be adapted to its soil.“ And that is what Kawaishi did. The modification were introduced into the field of judo teaching and in its adaptation to the western mode of thinking. Thus, the 'Kawaishi Method' represents France's major contribution to the development of world judo.

Kawaishi was born in Himeji in 1899. After he graduated from Waseda University, Kawaishi left Japan for the United States in 1925. As a 4th dan, a high grade for that time, he followed the tour of his predecessors. He starter to travel the world, starting in San Diego then Brazil. He stayed in New York for some time and went to Great Britain. He spent several years in the UK In London, in the early 1930s, including two years at the Budokwai, and two years in his own name.

In 1935, the beginnings of Kawaishi in France were difficult until he met Feldenkrais. He entered the Ecole Spéciale des Travaux Publics de la Ville de Paris, jujutsu section, as a technical director. The collaboration between Feldenkrais and Kawaishi was soon interrupted by the war. However, the combination of the inquiring mind of the scientist and the experience acquired in the west by the judo expert produced innovative results. 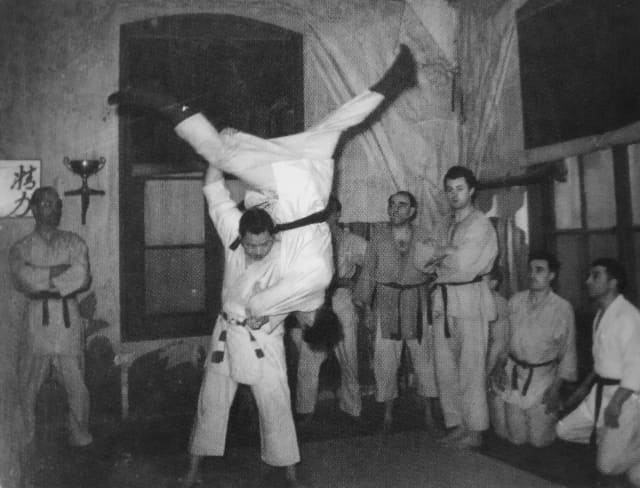 The main difference between the 'Kawaishi Method' and the Kodokan system lies in the fact that judo teaching was rethought from a rationalized western perspective. Techniques were similar but they were given French names, and numbered in order to be more easily memorized by French judo players. O-soto-gari became the 'first leg movement'..., uchi-mata, the 'tenth hip movement'... hon-gesa-gatame, the 'first hold'... Kano separated judo from jujutsu. But Kawaishi kept self-defense techniques in his own method and today, jiu-jitsu is still an important part of the teaching and learning methods of French judo.

In France, as in many western countries, defending oneself appeared to be the main motivation force among practitioners. Feldenkrais and Kawaishi talked about a judo syllabus establishing grading rules, depicting the contents of each level of expertise and a minimum time of practice. For that purpose, they used the color belt system invented at the Budokwai in 1927, in order to materialize a student's progress: white, yellow, orange, green, blue, brown and black (later one the French Judo Federation even increased the number of belts by introducing bi-colour grades). The techniques drawn on large posters pinned on dojo walls attracted students training for their next Kyu grade exam. Judo techniques were organized into a hierarchy. Judo became easier to understand for beginners and easier to teach for instructors.

Because of external factors, the Kawaishi method became a national system. In the 1940s, France faced a difficult period of its history. During those days, the State increase its control of the regulation of sports and physical education. In December 1940, all sports clubs were obliged to be federated and ruled by a unique national organization. The consequences of this decision were crucial for the future of judo in France. The leaders of the Fédération Française de Judo-Jiu-Jitsu were all black belts of the Jiu-Jitsu Club de France, meaning that they were all Kawaishi's students. Thus, Kawaishi's method received an unexpected and official support from the State. This is what can explain the hegemonic position of Kawaishi and the strong technical and administrative coherence of French judo. Another example of the decisive role of the State is the law issued by the Government in November 1955, regulating the profession of judo or jujutsu teacher and defining the capacities needed. 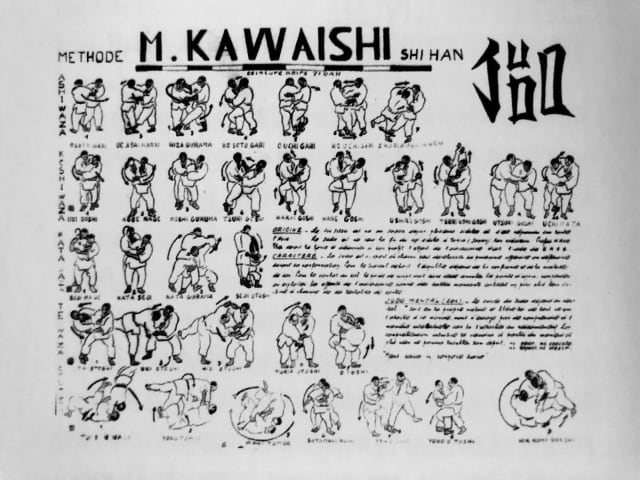 The changes introduced by the French system into the method of Kano were not a transgression of his philosophy and principles. They resulted from the cultural assimilation of Kodokan judo to French and western mentalities. The success obtained by this method laid in the simplicity of its implementation both for the teacher and the student point of views. The 'Kawaishi method' was a 'read-to-teach' judo method. French judo has always stressed its respect and admiration for Kano's work, but at the same time it has claimed its autonomy.

Because of the cultural and military influence of France, Kawaishi's method gained widespread acceptance and was diffused in Europe, in the colonies, and in numerous other geographical zones. I was in use in Belgium, the Netherlands, Switzerland, in the Scandinavian countries, in Spain, Portugal, Italy, Morocco, Algeria, Tunisia, in French-speaking Africa, in Madagascar, in so-called 'French Indochina', in Canada and Cuba, as well as in some countries of South America and Oceania. Today the initial rivalry between Kawaishi and the Kodokan belongs to history and the French Judo Federation actively collaborate with the Kodokan. But because of its specificity, French judo has largely contributed to the development of judo in the world.

Kano's judo was receptive to western culture but until the 1950s, its practice was often elitist and still restricted to a small number of practitioners. Democratization was to be the next stage with the transformation of Kano's method into a sport. The shift to a competitive sport marked a period of disruption in judo history. It resulted from the combination of multiple cultural, political and social factors. Thus, a look back to the beginning of the 20th century is necessary to see the diversity of influences and to measure individual and collective contributions.