By Marina Mayorova, Christian Pierre on 25. Aug 2019
Share
After a fabulous first day of competitions at the Nippon Budokan, and without doubt stellar performances and some fantastic ippons, the media gathered at the press center for a press conference with both gold medalists of the day. 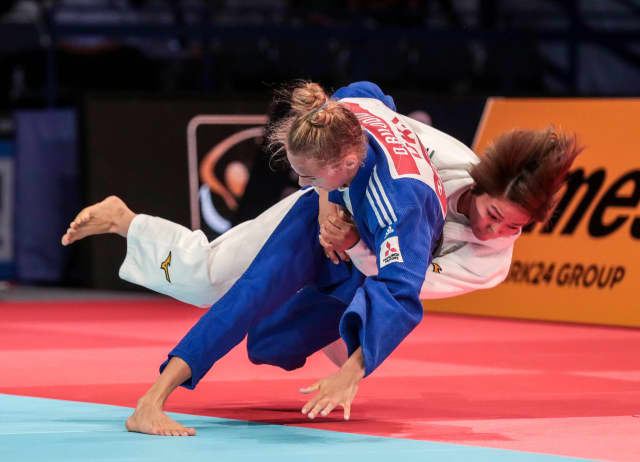 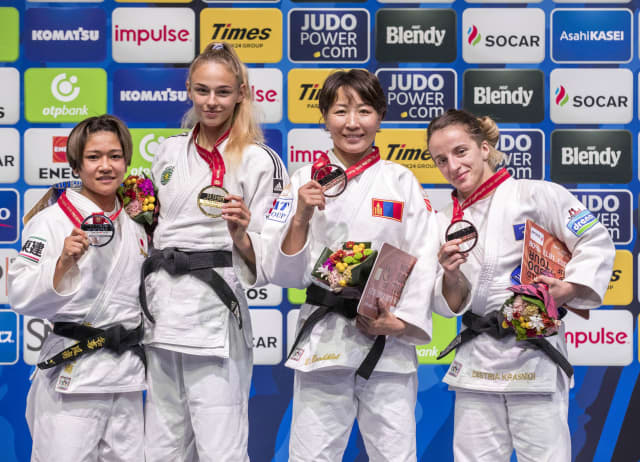 “Coming into this competition, I didn’t let me be focused on the fact that I wear a red name patch on my back,” said Dari Bilodid right after pocketing the gold. “If I did, it would only have put more pressure on my shoulders. I was only thinking ‘blue’ but aiming for ‘red’ again. The fact that I was facing a Japanese opponent on her home soil, made it extra difficult and it put also more pressure on me. It was like competing against the whole venue. I’m really happy that I won the title back-to-back. In competing, I only have one rule. It doesn’t matter if it’s a bout in the first round, or in the final, every match I want to win.”

The -48kg finale was a rematch against Japanese opponent Funa Tonaki of last year’s Worlds in Baku. “I very much noted Tonaki came prepared. We both had the same goal. I understand that she also wanted to win this medal on home soil, but I did also,” says Daria.

One journalist asked Daria with which animal she likes to be compared entering the tatami. “They call me the Anaconda because I’m big, twist my body a lot and use leg work. I try the be aggressive and dynamic and rather be known as fighting like Daria Bilodid,” she joked. 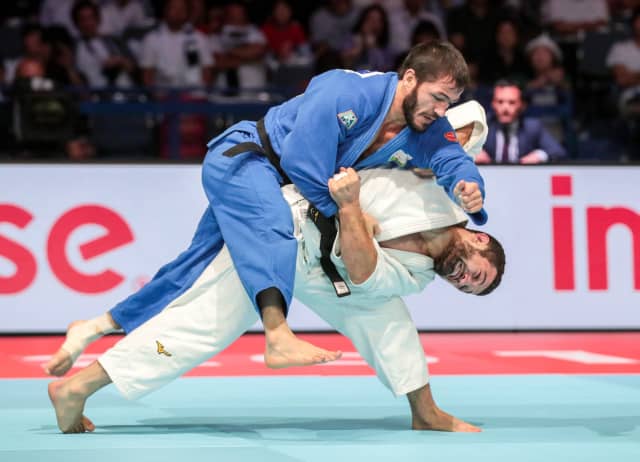 The Georgian champ had to pinch himself and felt like dreaming. “I have difficulty to express my emotions,” said a happy Lukhumi Chkhvimiani. “This is a very special day for me. To become the World Champion here in Tokyo, Japan, the land of judo and in the legendary Budokan is just too much to take in right no. While traveling to compete in Japan I would have settled for any color of medal. Gold is just unbelievable. It is a dream come true.” 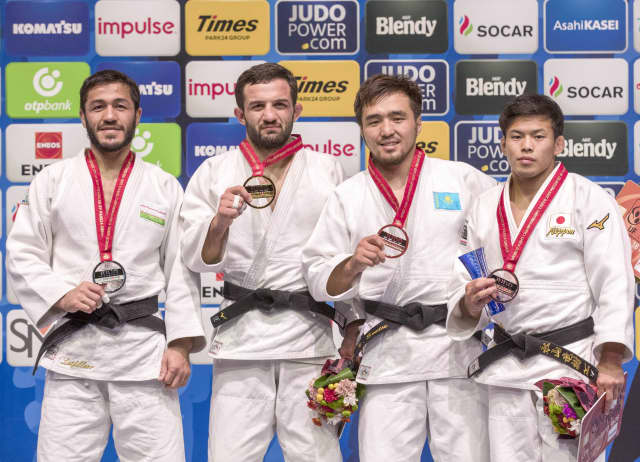 Asked if his gold will give the Georgian team that extra push for the upcoming days, he confirmed, but stayed modest. “The Georgian judo team is a very strong one. We have European, World and Olympic champions on the team. In all categories, our judokas are contenders being able to go for medals here in Tokyo. Hence, I wish success to my teammates for the following days.”