Grandson of the Founder of Judo passed away

Written by Nicolas Messner on 09. Mar 2020
Share
It is with deep sorrow we inform you that Honorary President of the Kodokan Judo Institute and All Japan Judo Federation (AJJF), KANO Yukimitsu, passed away on 8th March 2020 at a hospital in Tokyo due to pneumonia. He was 87. Kano Yukimitsu was much more than his titles; he was the grandson of Kano Jigoro, the founder of judo. 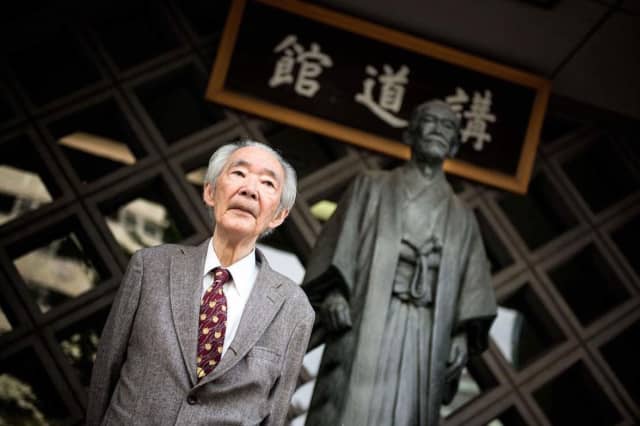 Who does not know that name, Kano, especially in the judo world? Without Master Jigoro Kano, the sport simply would not exist. In 1882 he created judo, when he was only 22 years old. 135 years later, judo became a major Olympic sport and Paralympic sport and an educational tool for the youth of the world. While constantly evolving, it has remained committed to the values that Kano has defined.

During the summer of 2017, the International Judo Federation had the privilege of meeting Kano Yukimitsu. In that exclusive interview he recalled memories of his grandfather and explained his own vision of judo, as Mr. Kano Yukimitsu has also played an important role in judo in Japan as well as in the rest of the world.

Mr. Kano explained that when he said in front of his grandfather that he wanted to find a role model and become like that person later, the founder of judo replied: “You should not try to be like somebody else. You are who you are.“ This is a perfect illustration of how judo can help to build better citizens, to grow a better society. Kano Jigoro was not only teaching the theory, he made sure all could understand the fundamentals and he wanted his students to put his teachings into practice in society.

The whole judo family and the IJF express their deepest condolences to Mr. Kano's family, relatives and friends, to the Kodokan Institute and to the All Japan Judo Federation. Only Mr. Kano's close relatives and Kodokan employees will attend his funeral services with KANO Akashi, his eldest daughter, serving as the chief mourner. Later, a joint funeral will be held by the Kodokan and AJJF. Words of condolence should be addressed to [email protected] (Kodokan Judo Institute).