Home of the Braves

Written by Pedro Lasuen on 04. Jun 2022
Photographs by Gabriela Sabau, Emanuele Di Feliciantonio
Share
Lasha Shavdatuashvili has yet to have a monument erected. In a country with an abundance of sporting successes, it is difficult to select but Lasha is Lasha, the best judoka in the history of Georgia. Waiting for some sculptor to wake up, we rejoice every time he competes. It turns out he was the top seed at the Tbilisi Grand Slam. 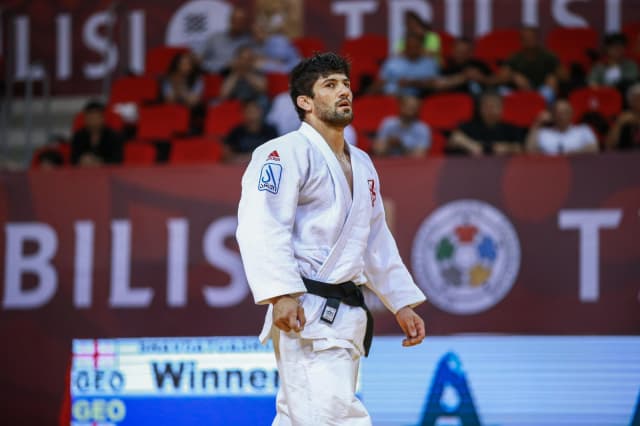 The difference between Friday and Saturday is at two levels: there are four categories in contention and not five, but two of them, the men's, are -73kg and -81kg, which, for a few years, have been the most heavily contested weights. They are competitive, uncertain and often more spectacular than others on the circuit.

Shavdatuashvili has an exemplary record, with an Olympic gold, a silver and a bronze medal, plus a European and a world title. Beyond his trophy collection, the secret to his longevity lies in his tactical mastery. On the tatami he is probably one of the three most intelligent judoka in the world. Knowing how to win, especially when having a bad day, is what differentiates a good judoka from a champion. For those who want to learn, the shortest way is to study all the fights of this judo legend. With the superiority of someone who knows he is the best, the Georgian made it to the semi-final, where his compatriot Giorgi Terashvili was waiting. It wasn’t easy but Shavdatuashvili did what we have just said, giving a lesson in tactics that his rival should check again and again on video. The only certainty was that a local would fight for gold. The other semi-final pitted the Moldovan Petru Pelivan against the Japanese Oyoshi Ken. Both previously performed the feat of cooling the stadium by defeating their two Georgians, Phridon Gigani and Giorgi Chikhelidze. Oyoshi won that semi-final. He is typically Japanese, with an excellent technical panoply, tactical concepts and patience. He won, thus drawing a final of many carats against the king of Georgia. 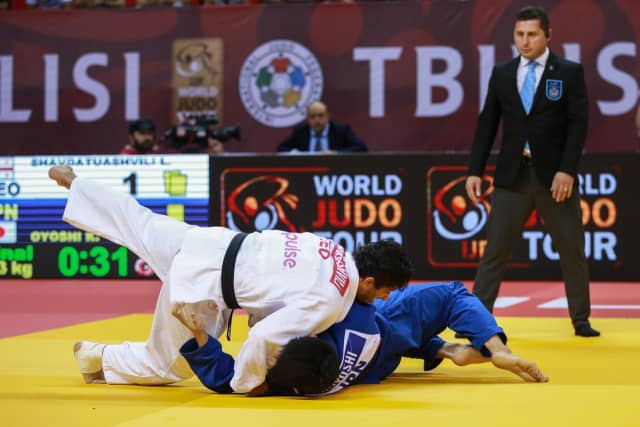 It was a beautiful duel, beginning with the kumi-kata, an opposition of styles. The king scored waza-ari almost naturally, as if it were easy. He didn't then relax, but added a new attack. He was ahead and the seconds were being consumed too fast. Oyoshi switched gears and took the initiative, but Shavdatuashvili's tactical control was impressive. Only one mistake could separate him from victory and it came three seconds from the end. The Japanese judoka tied with his own waza-ari, but with one shido less and the board and looking fresher. Do not forget, however, we are talking about the king of Tbilisi. Thirty seconds after the start of golden score, a text book de-ashi-barai sent Oyoshi to the ground. Then there was a standing ovation, decibels at full power, the king is alive, long live the king!

Uzbekistan had a difficult first day, one of those that seemed promising, when medals are caressed but everything falls apart. Murodjon Yuldoshev had to be in charge of winning a first bronze for his country on this second day, defeating the Moldovan Petru Pelivan. The temperature and the noise increased with the second bronze medal contest, disputed between the Italian former world number one Manuel Lombardo and the host nation’s Terashvili. Lombardo attacked and the Georgian responded with a devastating counterattack; another medal for the host. 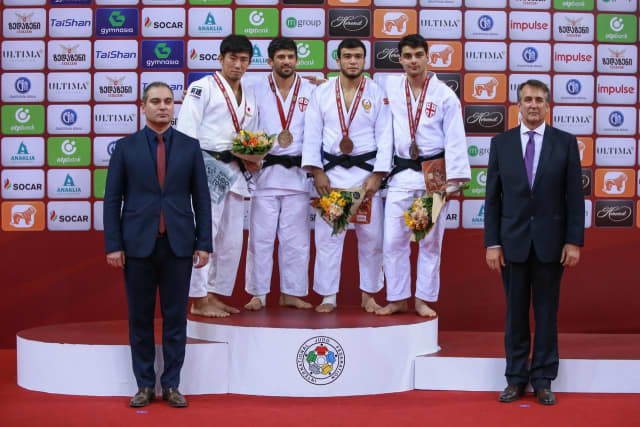 Among the top twelve in the world ranking, Ketleyn Quadros was the only one who travelled to Tbilisi. The Brazilian is number six in the world and started as a favourite. She didn't fail and didn't get too tired either, reaching the final as planned. The name of her opponent remained to be seen and there were doubts, for just a few minutes, the time it took for Ibal Shemesh to enter the tatami. The 25-year-old Israeli occupies the 50th position in the ranking. Her name did not appear in any pool and she arrived in Georgia quietly, without anyone noticing. Perhaps the exquisite Georgian food, the humidity, or simply because there are days when everything goes well, but the fact is that Shemesh destroyed all odds with a spectacular judo and reached the final in which Quadros was no longer so serene, as witness to the performance of the Israeli. 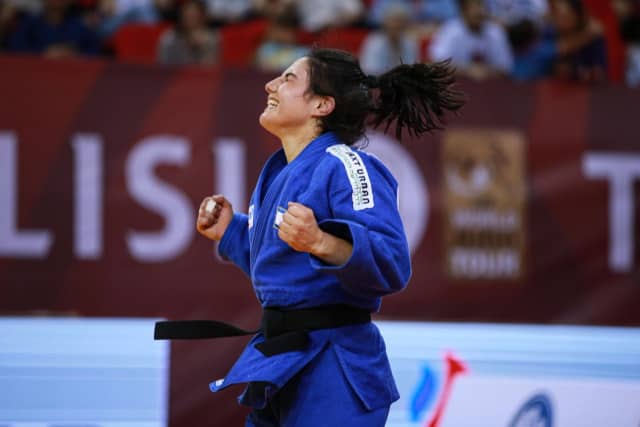 It was not a final to frame; each decided to cancel the other, for three minutes, until Shemesh took the initiative with a ura-nage that sent the Brazilian flying. The Israeli didn't make the trip for nothing since she won her first grand slam gold medal. The two bronze medals went to the Brazilian Tamires Crude and the French Manon Deketer. Crude defeated the German Nadja Bazynski with a magnificent ippon, celebrated by the public. Deketer did the same in golden score against the Dutch Geke Van Den Berg. 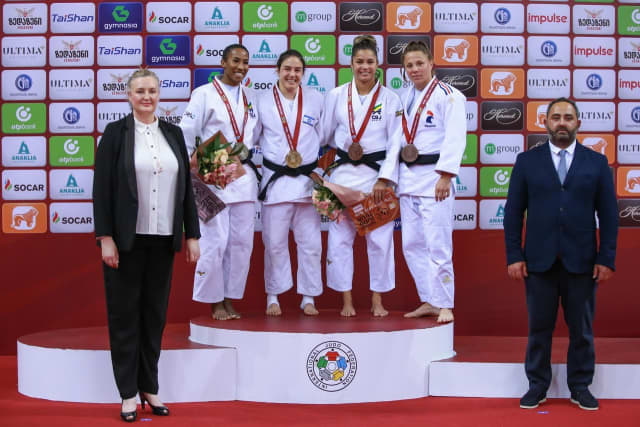 If the Dutch Sanne Van Dijke and the Spanish Ai Tsunoda Roustant had crossed paths on the plane, perhaps they would have stayed to see each other in the final. They were the two favourites, at least for us, in a category with many absentees and under the leadership of the Dutch, the number two in the world. Van Dijke encountered no trouble on her way to the final block. As for Tsunoda Roustant, she almost gave herself an upset in the semi-finals when Germany's Sarah Maekelburg scored waza-ari. The Spanish reacted with excellent work in ne-waza that culminated in osae-komi. 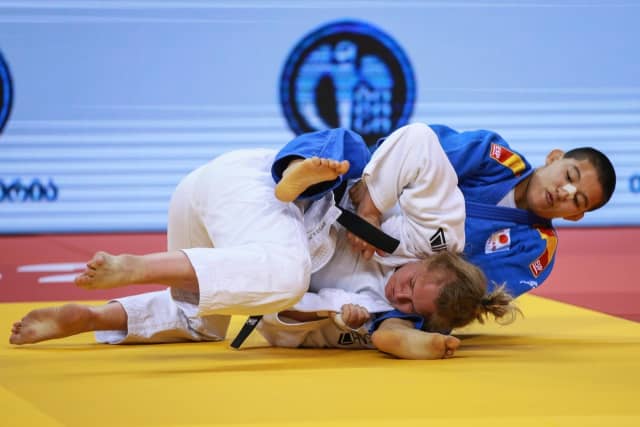 Spain lacked a gold after the silver and bronze of the first day. Van Dijke (NED) did not care and did not let the title train pass with a tactical game that made Tsunoda Roustant look younger than her earlier performances today indicated. Strong representation from the German with the first bronze medal going to Maekelburg. The second bronze went to Ukraine’s Natallia Chystiakova after a very fast strangle against Hilde Jager (NED). 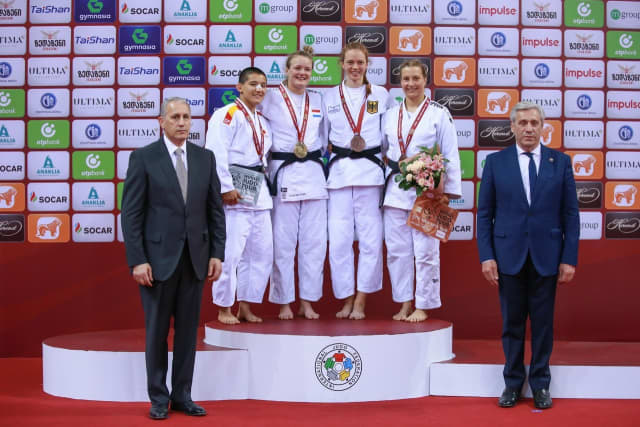 Medals, cheques and flowers were presented by IJF Education and Coaching Director, Mohamed Meridja and Mr. Shota Khabarelli, Olympic Champion and Member of Parliament of Georgia

-81kg Home of the Braves

Tato Grigalashvili is the embodiment of talent, pure dynamite. Nobody gets bored with him because something always happens. He never defends, his attitude is totally conditioned by the offensive spirit. He attacks from any side and doesn’t recoil from ne-waza. He is a prodigy. He only has one weak point but a lot of time to correct it, because he is only 22 years old; he must not ignore it, his problem is mental. He has a tendency to overreact and look excessively at the head referees' table; a minor detail but it counts. Otherwise his judo is entertaining and effective. At home he did not shine as usual, several of his opponents refused to fight and lost by shido, but he reached the final in which he was the clear favourite against the Korean Joonhwan Lee. It would not be easy for Grigalashvili because the Korean had eliminated rivals such as the Uzbek Sharofiddin Boltaboev and was inspired. 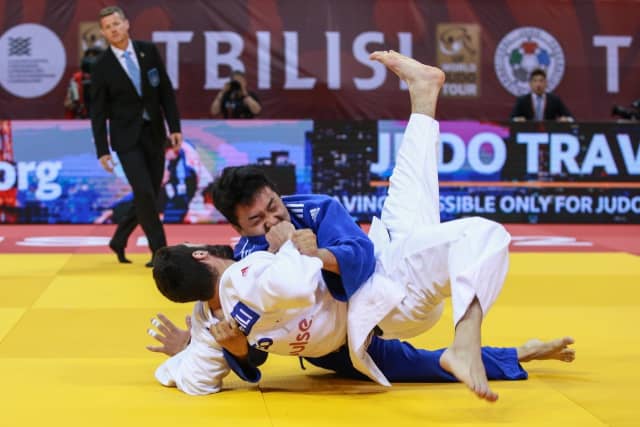 Everything was ready for the Georgian party to be complete, but the Korean did not see it that way. Grigalashvili felt stronger and attacked, making the mistake of opening the door for Joonhwan, the kind of mistake that is unforgiving at this level. It’s an ice-cold shower for Grigalashvili, cold for the public too, but hot for the Korean. It’s torrid for judo because it was a nice fight with a fair winner, the best in the land of the braves. Thirty-seven seconds were taken by the Azeri Eljan Hajiyev, to get rid of Tiziano Falcone. It was as if he was afraid of missing the plane on the way back to Baku. In any case, he had to wait because another bronze was at stake for Azerbaijan at the hands of Zelim Tckaev, who faced Boltaboev. The Azeris did not lose the plane but they only checked in one medal, the other was taken by Boltaboev. 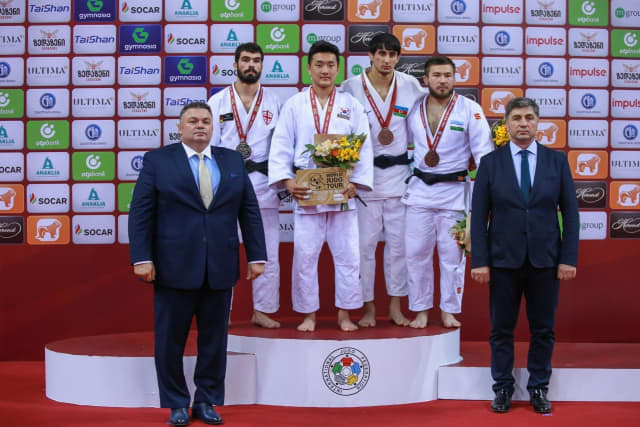