IOC and IJF Presidents visit the Judo statue in Budapest 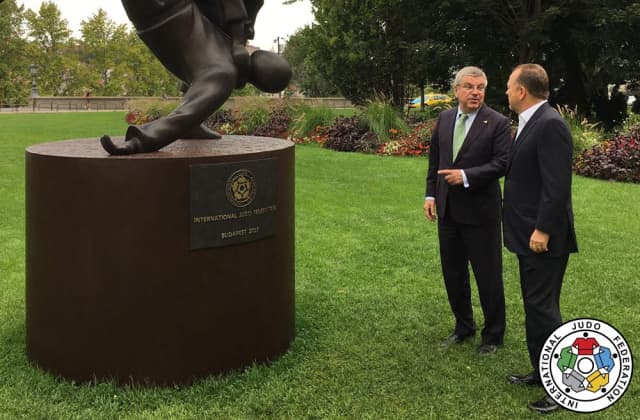 The statue which was the centrepiece of an art exhibition held during the Suzuki Judo world championships 2017, was inaugurated by Mr. Vizer and the sculptor Fodor-Lengyel Zoltan just before the beginning of the world event. The statue will go on to be displayed at the Olympic Centre of Budapest (more information at: https://www.ijf.org/news/show/ijf-exhibition-unites-art-and-judo). 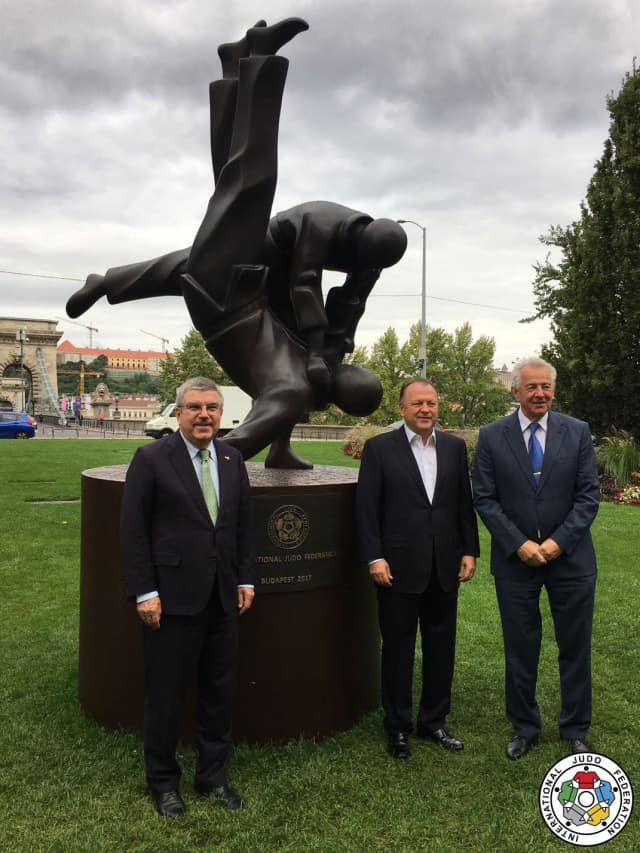 During the last day of competition, which saw the introduction of the new mixed team event format, the same format that will be used at the Tokyo 2020 Olympic Games, IOC President Dr. Thomas BACH said: “The place of judo is very important as part of the Olympic program. We are really looking forward to the Olympic Games in Tokyo and especially for judo. Japan is the motherland of judo so in Tokyo judo will play an even greater role within the Olympic family.“ 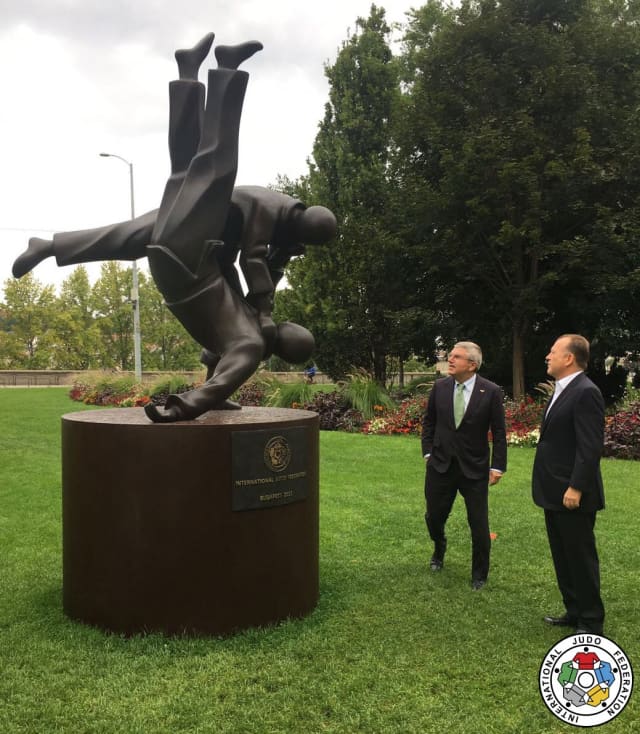 At the end of the competition. IJF President said: “It was a great World Championships, especially after the Olympic Games last year in Rio. We have a new generation coming in and I think we are on our way to produce the best generation of judoka ever, before the Tokyo 2020 Olympic Games.”

Judo and Art
Ippon at the Olympic Museum