17. Oct 2016
Share
Each month, astronaut and judo black belt, Thomas Pesquet, tells us backstage stories of his training to go to space. Thus our fans can discover the daily life of the one who is preparing for six months in orbit aboard the International Space Station (ISS). 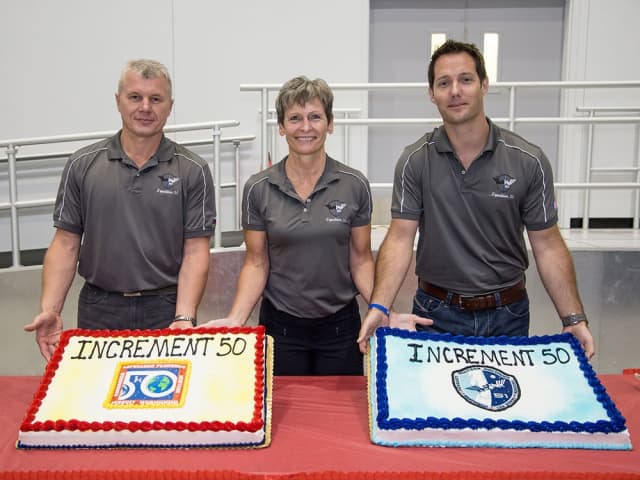 "The launch date has been confirmed: Peggy, Oleg and I will fly to the space station on November 15th 2016. In a few weeks I will be in space!

For now, we are all three at the Star City, to spend seven final exams that definitely qualify us to fly on the Soyuz and live aboard the ISS. Those exams of course includes the detailed simulation of a return trip to the station - with all procedures from the launch in Baikonur to the return on Earth - but are also related to the ISS equipments. Depending on whether we will fly in a Russian module or in a US module, the procedures are not the same. The Russians, for example, use 28 volts, when the Americans use 120. The extinguishers are not identical, etc. 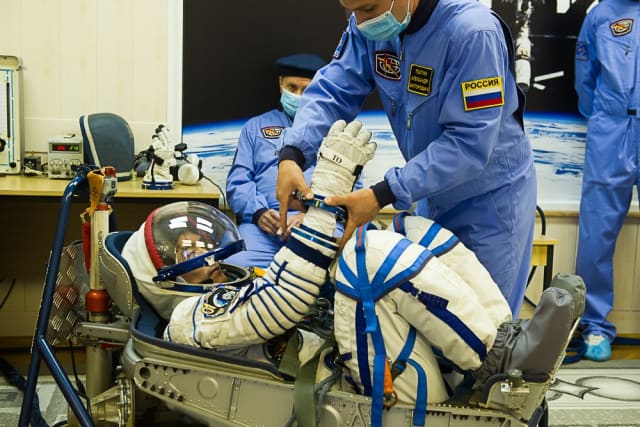 Everything should be fine. The tradition requests that all exams will end with a final commission in which each of us will solemnly listen to his/her test scores, and if he/she is able to fly in the Soyuz and the space station (meaning: we are willing to lend you them, but provided that you do not damage them!). This ceremony will take place in the presence of all  mission stakeholders with who we shared two years of our life. It's a bit the final banquet of the Asterix albums!

Before I arrived in Moscow earlier this week, I spent a fortnight at the European Astronaut Centre (EAC) in Cologne to work on the scientific experiments that I will lead in the Columbus module. I also passed various medical examinations! In particular, I used the MARES chair, an amazing machine which is capable of a variety of physiological measures in the leg muscles. My legs probably received about 160 electric shock in three days ... but this is for science: the aim is to better understand muscle atrophy that one undergoes in orbit, and possibly correct it. 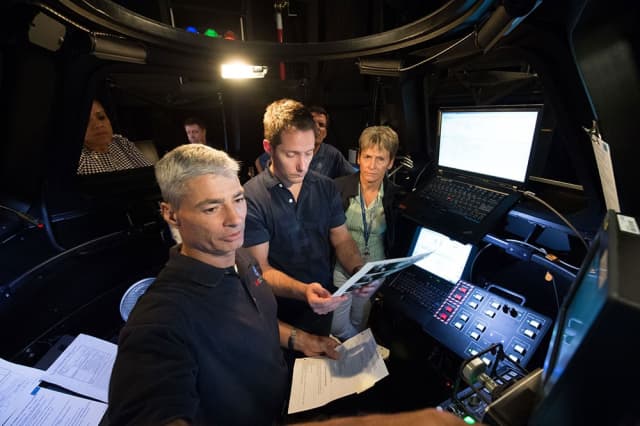 More fun, I also trained on the amazing treadmill EAC, which you can use without having to carry your own weight. In the ISS, we have to run to keep us in shape. But as we are in zero gravity, we must be attached with straps that press us on the carpet to simulate our own weight. Actually we run with approximately 70% of our weight. Thus our performance in orbit are very flattering!

The EAC treadmill reproduces on the ground the conditions that we encounter in the ISS, but this time by easing a little our weight. It's very nice to race in these conditions. However, it feels really heavy when you go down the carpet! It will be worse in a few months. My colleagues told me that when running for the first time on Earth after a stay in space, you feel like an elephant. "