Justice on the Tatami 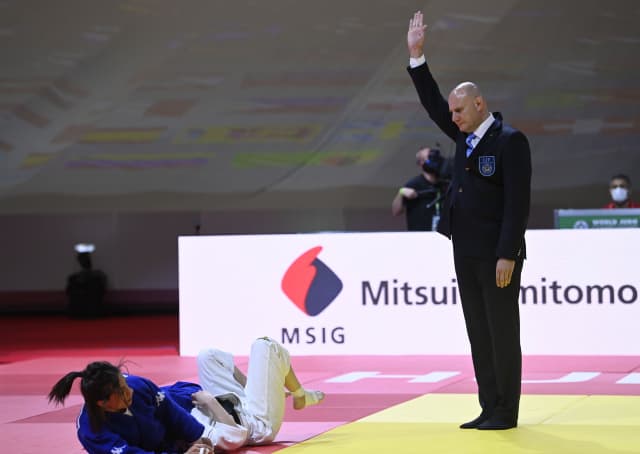 All of them were judoka in the past and most still are. Some reached the international level, others performed within their own country. After finishing their sports career they missed the mat. The question was: which place is the closest to judo? Of course, it is the tatami! Some of them have been members of the international judo family for almost a quarter of a century while others are relative newcomers, but they are all united by their love for judo.

IJF Head Referee Director Armen Bagdasarov noticed, “Refereeing is the most responsible work because everyone observes it, including TV, spectators, athletes, coaches. Here everything is at a glance. It is a huge responsibility to make the right decisions lightning fast. They may not be liked by some of the judoka or coaches, but it always must be fair.” 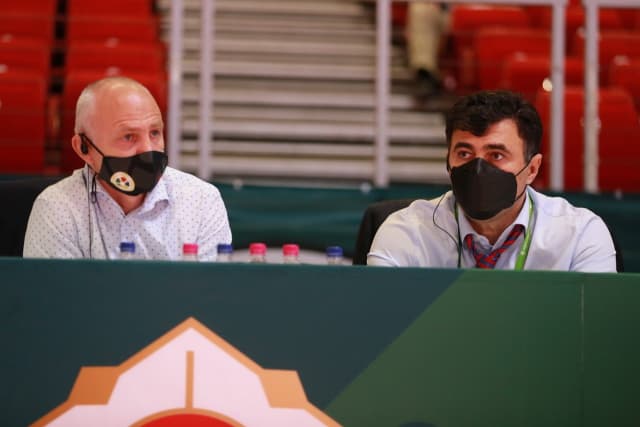 The Best Part of Refereeing

Refereeing is a way of living near the judo world. The IJF referees shared with us the most beautiful part of their job.

Evghenii Rakhlin, a referee from the Russian Judo Federation said, “I like judo because of its respect. We have a pure sport. Athletes accept the outcome of every contest with honour. If someone doesn’t agree with the decision of the referees, he will never become indignant on the mat. He will come later and clarify with us why such a decision has been made.

Italian referee Roberta Chyurlia mentioned, “A few years ago, sitting at home and watching the judo live streams I couldn’t imagine that I’d be here. For me, it was a dream to be near the judoka, who show us their mastery. Today it is a precious gift to stay with the best athletes on the same mat. It is fantastic!”

Anna-Maria Fridrich, Hungarian referee, explained, “It’s all about the emotions! We step on the tatami together with the athletes and also leave with them. We reside with them during the time of the contest and we feel their joy and fears. The power of judo is always by our side.”

“Judo is the main thing. All of us work for the benefit of judo and its development. We love it and we live for it,” added Armen Bagdasarov. 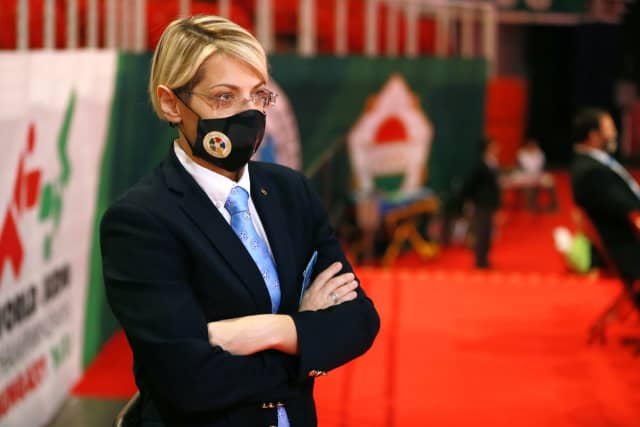 I Accept the Challenge!

All referees agreed that knowing the rules is a challenge. The rules are always evolving and the referees should be very adaptable to the changes and always study. According to referees, the most difficult is to judge the action when there are two techniques: the transition between tachi-waza and ne-waza or the attack to counter-attack situations. Sometimes referees have less than a second to make a decision, but they have only one point of view. It’s impossible to see the whole picture if the throw is on the other side of the mat. Eventually, all the referees are just people, who can also make mistakes, but in a wink the supervisors and referee directors give a helping hand to the referees and it is a good kind of support.

Raul Camacho Perez, a referee from Spain declared, “The hardest part is not a technical one but the human one. It’s difficult to combine personal life with work, because every three weeks we have to be away for one week, sometimes even for two. I really miss my family. It was very hard at first, but I found the balance.”

Roberta thinks that the most difficult part is to stay concentrated from the first match until the last. “I, as a referee, feel a big responsibility for the lives of these judoka, so I’m doing my best to make fewer mistakes.”

“Psychological resilience is very important for referees. While we are on the tatami, nobody should notice if something is bothering us. Judoka shouldn’t feel that something is wrong with the referee. On the tatami all the problems disappear and only confidence remains,” Evghenii added. 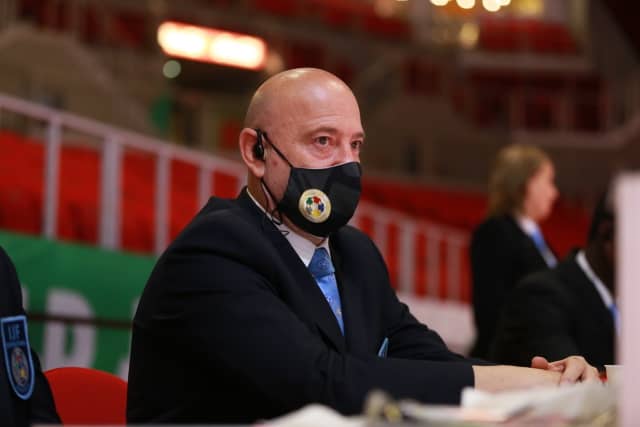 Our esteemed referees have something to say to future generations of arbiters.

Evghenii advises, “Always believe in yourself and never stop learning. If we don’t learn then we will always make mistakes and won’t receive important knowledge. Love what you do and don’t be indifferent to it.”

“If you like what you do, do it without a doubt. It’s more or less the same as in life. You can do it perfectly or very badly, but you gave it a chance. Just follow your heart. For athletes it is the same. All of them want to go to the Olympics, but only a few of them achieve their goals. If you do it with passion and with love, everything can be possible,” Raul recommends.

“It is the best thing to be a referee, to stay near the best judoka and to feel the energy of judo! Try it and your life will never be the same. It is an incredible experience and a good lesson, which teaches us to be courageous and honest,” Anna-Maria mentioned.

We wish all the referees good luck and a lot of patience in their hard work, especially at the Olympic Games in Tokyo.