Last but not Least

Written by Nicolas Messner on 04. May 2021
Photographs by Emanuele Di Feliciantonio
Share
The official draw of the last judo grand slam before the Budapest World Championships (6th-13th June) and the Tokyo Olympics, which will be held in July in Japan, has just taken place. It is a crucial last grand slam for many athletes but not the least important one. While the signing of the contract for the organisation of the event took place only recently, within a few weeks, the Russian Judo Federation and the Tatarstan Judo Federation have worked hard with the International Judo Federation to deliver a competition that promises to be exhilarating. 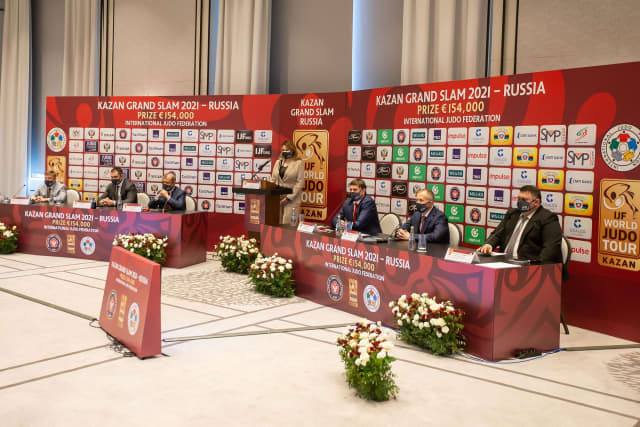 Mr Soloveychik declared, “On behalf of the IJF President, Mr. Marius Vizer and for the entire judo family, I'd like to welcome you to Kazan, the capital of Tatarstan. We can also say that Kazan is the capital of Russian sport and for us it represents a lot to organise one of the most important IJF events, here. I think that Kazan broke a record for the time between taking the decision to host the event and the actual implementation of it. I'd like to thank the President of Tatarstan, Mr. Rustam Minnikhanov and his administration, for the excellent preparation and organisation. I also want to thank President Pavel Nikolaev and the Tatarstan Judo Federation for their passion and dedication. The Kazan Grand Slam is a very important part of the Olympic preparation period for all our athletes. I wish them success and a strong performance on the Kazan tatami, to build their road to Tokyo." 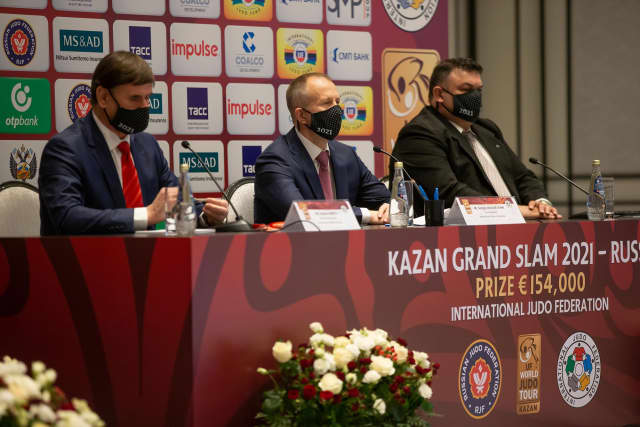 For the Russian Judo Federation, Mr. Kirill Denisov said, "Dear participants, coaches, International Judo Federation and national federation representatives, I welcome you to the Kazan Grand Slam. I am glad that this event is held here and that your teams can participate. The Russian Judo Federation was recently entrusted to host the competition and I want to express my gratitude to President Marius Vizer for this. For a few weeks, along with our colleagues from the Ministry of Sport and the Tatarstan Judo Federation, we did a lot of work and now you can see and evaluate the results. However, the main event is about to take place in the coming days and I want to wish all the best to all the athletes. We are looking forward to fair contests and outstanding victories."

Following Denisov's words, Dr. Lisa Allan explained to all participants of IJF World Tour events, "As athletes and coaches, you have a responsibility to protect your sport, your career and your hard work. Competition manipulation happens when athletes intentionally underperform or lose on purpose. It’s also when officials intentionally make bad decisions affecting the competition. We are very proud that Telma Monteiro (POR) is an IOC Prevention of Competition Manipulation Ambassador.”

Dr. Lisa Allan added, "All IJF member national federations will be informed regarding the Prevention of Competition Manipulation guidelines and policies. There is information on the IOC website and we regularly publish information on the IJF Clean Judo webpage (https://www.ijf.org/cleanjudo). If you are contacted, witness or suspect competition manipulation, you must report it. The IJF Clean Judo platform is secure and confidential. You can always contact an IJF official as well."

She also said, "This grand slam is a partnership and the IJF appreciates the collaboration of the Russian Judo Federation and their President Mr Anisimov. We are grateful to the President of the Republic of Tatarstan Mr. Rustam Minnikhanov, the local organising committee and the Directorate for Sport and Social Projects. Special thanks also to the local sponsors for their support. We thank all the coaches, team officials and athletes for their support, patience and respect for the IJF Covid regulations. Let us continue working together, following the rules, to have a successful event." 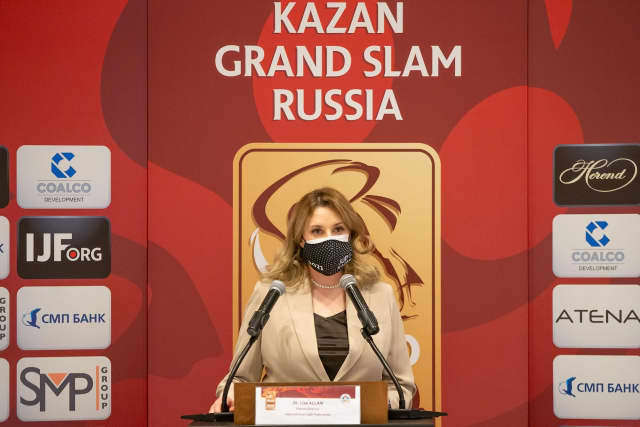 Before the start of the draw procedure itself, Mr. Florin Daniel Lascau said, "For this grand slam, once again, we have selected the best referees on the circuit and they will deliver the best quality refereeing."

Then Mr. Vladimir Barta conducted the draw, one category after another and the least we can say is that the show will be great over the next three days, as 409 competitors from 79 countries are engaged (245 men and 164 women).

The competition promises to be fierce, with places still to be taken to board a flight to Tokyo this summer. No-one is attending casually and even Team Japan has made Kazan an important step in their programme, refining the preparation of their athletes, since three of their selected competitors for the Games, Tonaki Funa (-48kg), Abe Uta (-52kg) and Arai Chizuru (-70kg) will be in action in Russia. 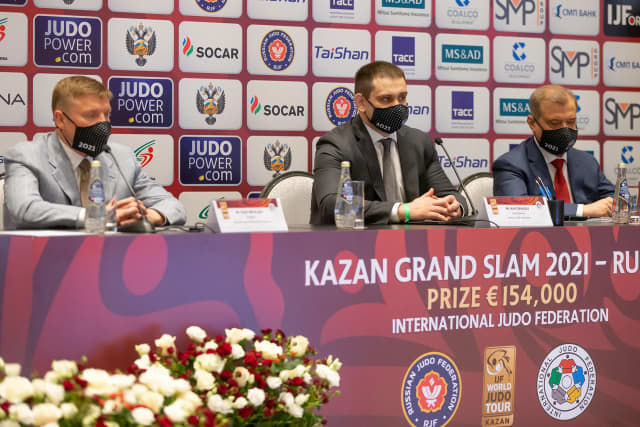 In the -48kg category, we will be attentive to the performance of the French woman Shirine BOUKLI, who, in the opinion of many, could open the medal harvest for France in Tokyo. In -52kg, could ABE Uta be endangered? Nothing is less certain, despite the presence of Olympic medalist Charline VAN SNICK (BEL).

In the -57kg category, Timna NELSON-LEVY, winner in Tel Aviv in February, but subsequently a non-medalist, will be the number one seed. In the -63kg group, in the absence of the big favourites for the world and Olympic title, the games will be very open, while ARAI Chizuru (JPN) in -70kg seems to be able to win, if the interruption due to the cessation of competitions for several months in 2020, did not disrupt her preparation too much. Preparing for the Olympic Games when you are the host country is never easy. Japan will have one guaranteed athlete in each weight class, but not having the pressure of qualifying and, on the other hand, having the pressure to perform at home, is complicated to deal with, especially when the whole programme has been turned upside down due to the global health crisis.

At -78kg, the tournament could be summed up in the fight between the two Germans, Anna Maria WAGNER and Luise MALZAHN. Who will go to the Games? At +78kg, we are once again expecting a strong performance from the French judoka Romane DICKO, who has only grown in strength in the past few months. 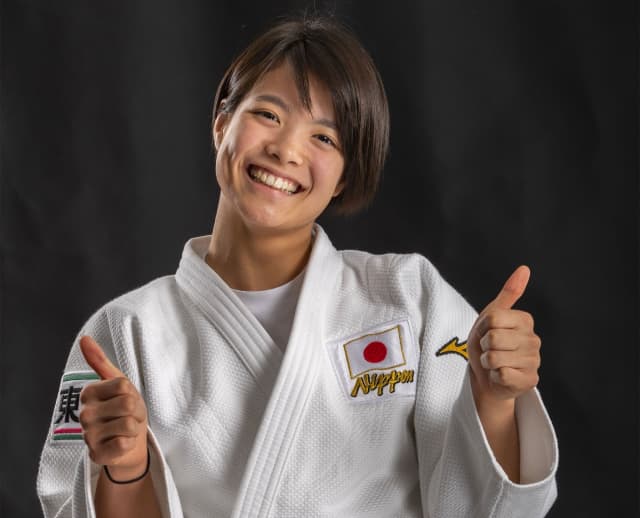 At home, we expect a lot from the performance of the Russians and it is perhaps in the -60kg that the first medal could arrive, with Robert MSHVIDOBADZE seeded number one. At -66kg Denis VIERU (MDA) could once again show all his technical talent and get on the top step of the podium, but others will have the same idea.

In the under-73s, Tohar BUTBUL (ISR) will have a lot to do, in the same quarter of the draw as the French judoka Guillaume CHAINE, who has already tasted silver in a grand slam and gold in a grand prix, but looking more closely, we notice other major names in the category: the Olympic Champion Fabio Basile, Denis IARTCEV (RUS), Tommy MACIAS (SWE) and Somon MAKHMADBEKOV (TJK). These are to name just a few, but many others could be on the podium on the second day in Kazan.

The reigning world champion, Sagi MUKI (ISR), came to Kazan to take points at -81kg, for sure, but also to gain confidence, after his European bronze medal not long ago. Will the result be there? We'll find out soon. 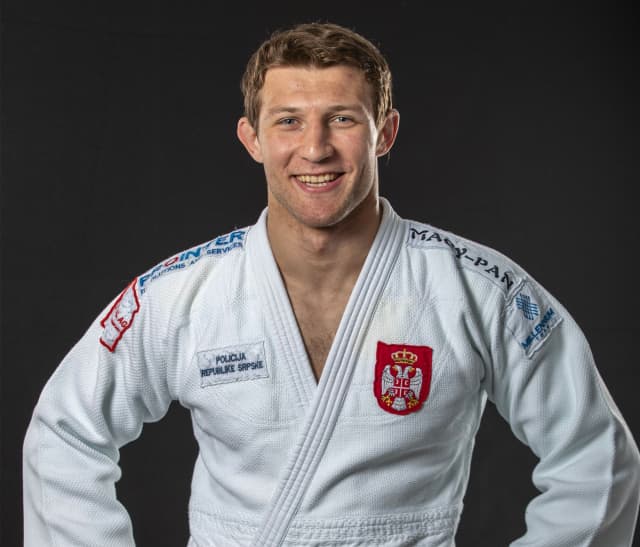 In the under-90s, the 2017 world champion, Nemanja MAJDOV (SRB), will be the big favourite. We will watch the return to competition of Axel CLERGET (FRA), who is coming back from injury and who will want to prove to himself that he can dream of a medal this summer in Tokyo.

Peter PALTCHIK (ISR) is a fit man. He has proven it numerous times in recent months and his number one seed position proves it. However, he missed out on the European championships. Everything is therefore possible.

Finally, in the heavyweight category things do not yet seem completely decided between the two Brazilians, David MOURA and Rafael SILVA. Kazan could decide who will represent Brazil in Japan, while Russian Tamerlan BASHAEV will want to end these three Tatar days in style. 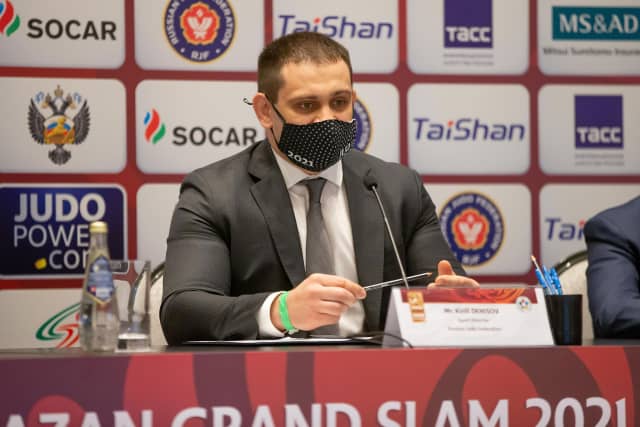 Kirill Denisov, at the end of the draw, explained, "After the European Championships, which took place recently in Portugal, we have a better idea of who is getting ready for the World Championships and the Olympic Games. It was a good test for our athletes. With the two events being close to each other, it was not an easy decision to decided who will be competing where. Some athletes wanted to do the Europeans and some others were really keen on competing on home soil. We have athletes who are sure to participate in the Olympics and who will also be here in Kazan. For each category it was a different decision, but what we already have in mind is Tokyo but also Paris 2024, as we only have three years left until the next Olympic Games. That is why we also decided to align a young team in Kazan, because we need to prepare our future generation."

Those are the wise words of a great athlete, who a couple of years ago was still active on the circuit. Three times a world medallist, Kiril became the Russian Judo Federation Sport Director last year. He will look at his athletes carefully but also at the other nations, because what will happen during the next three days will already be a good indication of what is going to happen in the months and years to come. Kazan is the last grand slam before the big rendezvous but it is not the least significant tournament of the season. It promises to be very exciting.