By Nicolas Messner, Gabriela Sabau, Emanuele Di Feliciantonio on 17. Oct 2019
Share
The second day of the Junior World Championships ended with three new nations in the gold in the three contested categories (-57kg, -63kg and -73kg), three nations that are different from those that won the first day. This diversity is absolutely remarkable at this level of competition. 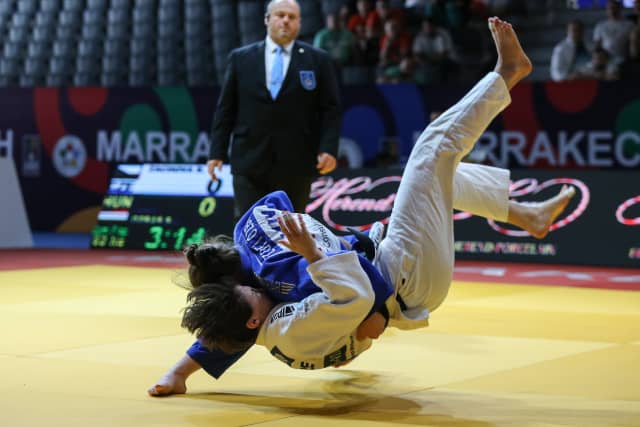 Several facts are particularly interesting. The victory of Tajikistan with Somon MAKHMADBEKO who made a strong impression throughout the day. The victory of the Hungarian OZBAS Szofi who managed the performance of winning the Youth Olympic Games last year in cadets and who this year becomes world junior champion.

Finally, the victory of Eteri LIPARTELIANI which marks the arrival of Georgia in the top world level with a young and successful female team. Georgia has proven for many years that it was a nation of judo. However, most of the results were focused on men, although some athletes like Esther Stam performed on the World Judo Tour. 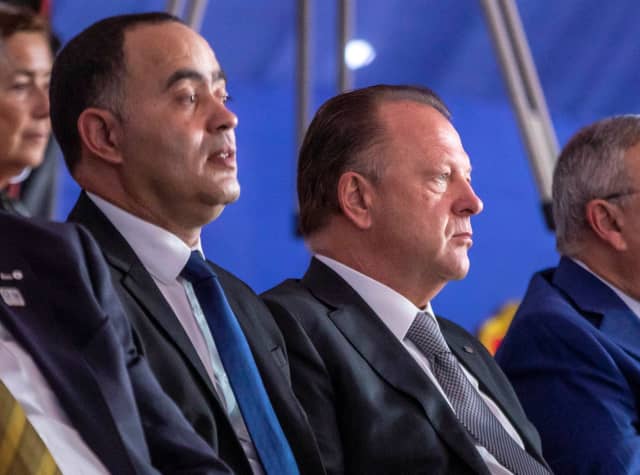 Eteri's victory marks a clear turning point and it should not be surprising to see Georgia appear again at the top of the world rankings in upcoming team tournaments.

Under the eyes of the President of the IJF, Marius Vizer, the results of both the first and second day, makes it clear that there is something new in judo world and that this novelty is bringing renewal. This is very exciting for the months and years to come.

-57kg: With LIPARTELIANI, Georgia wins with their women

No. 1 seed and reigning Junior European Champion, Eteri LIPARTELIANI (GEO), confirmed her rank throughout the day and qualified for the final without any trouble. Wearing a well-known name in the world of judo, without being directly related to the world number one in -100kg, Varlam Liparteliani, the young woman advanced in the tournament with seriousness and application. In the end she was opposed to the Japanese HAKAMATA Kanako, who like many of her compatriots, was performing in Marrakech for one of the first times on the international scene. 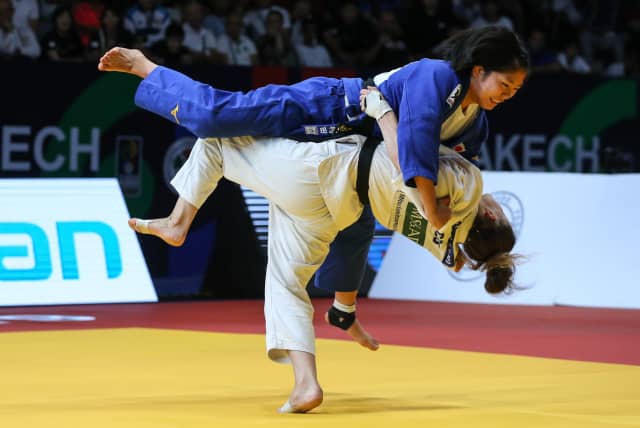 The final started like a cat and mouse game, as both competitors tried to change direction to create opportunities. But quickly, LIPARTELIANI found the solution on a large movement (Ura-nage very close to obi-tori-gaeshi) that propelled Hakamata on her back for a beautiful ippon. Beyond the excellent results of LIPARTELIANI, it is interesting to notice that Georgia has been working hard to produce strong female athlete as well, when a few years ago mainly the men were known. Georgia as a mixed team will be under scrutiny by the other nations, as they will again be competitive in team events. 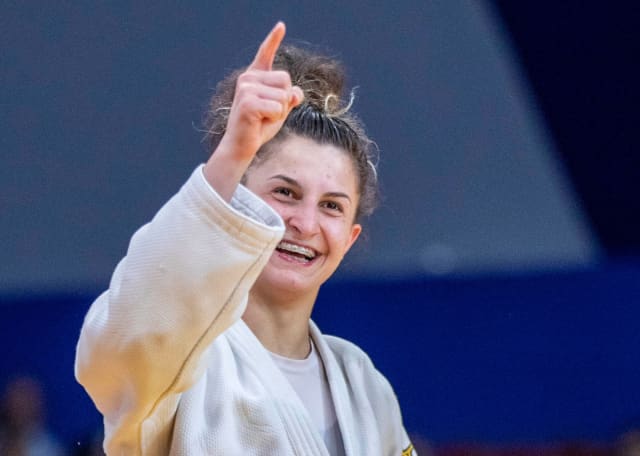 The first bronze medal contest was played out between Vera ZEMANOVA (CZE), several times ranked at European Junior Opens and Pleuni CORNELISSE (NED), seventh at the last European Junior Championships, held in Finland from 12 to 14 September. ZEMANOVA was quickly penalized with a first shido for blocking her opponent and then was under pressure from CORNELISSE who was close to scoring with a low o-uchi-gari. But as the pace of the contest was decreasing, it was CORNELISSE's turn to be penalized and then ZEMANOVA received a second penalty just before the start of the golden score. The lack of experience at that level pushed ZEMANOVA to be penalized a third time with a cross grip offering the medal to the Dutch, who could hardly believe that she was on the podium.

The second place was a 100% Korean matter between the athletes of the country of the morning calm, KIM Jisu and HUH Mimi. The difference in style was visible with KIM being taller than her teammate and trying to dominate her with her longer arms. But surprisingly, it is when HUH tried to go over the head of her opponent despite her smaller size, that KIM went under with a kata-guruma for waza-ari, that was actually the final score. 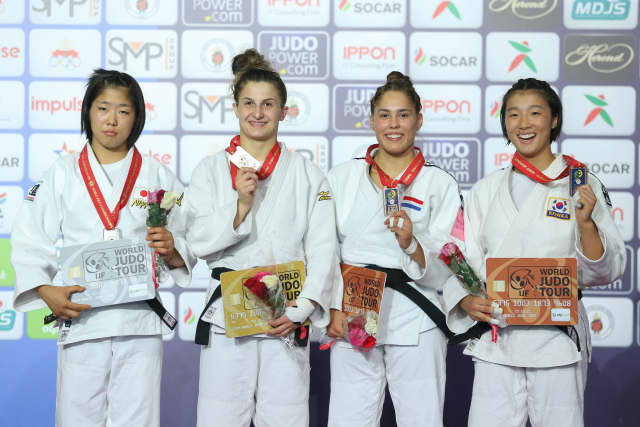 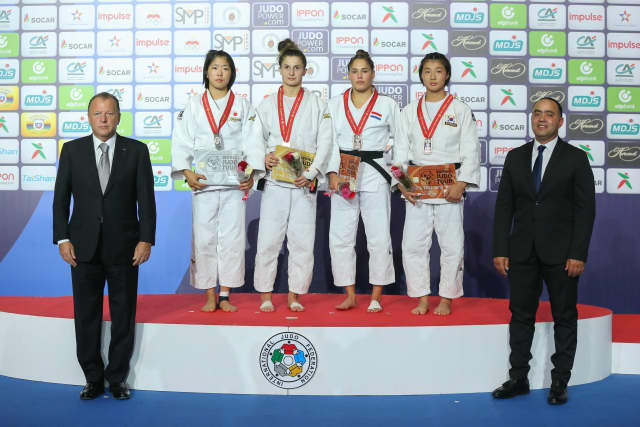 -63kg: The YOG and then the Juniors for OZBAS

Almost a year to the day, after her title at the Youth Olympic Games in Buenos Aires (October 7, 2018), OZBAS Szofi (HUN), still signed a good performance by entering the final of the Junior World Championships, in which she was opposed to the Serbian Anja OBRADOVIC, already double world medallist (Cadets 2015, Junior 2018). If she appears a little shy when entering the tatami, OZBAS Szofi is terribly effective. She was the first to score a waza-ari from a magnificent sequence with a change in direction, while at the same time her opponent was penalized twice, then a third time, offering the victory to the Hungarian who after the YOG, wins a significant Junior World Championship title. 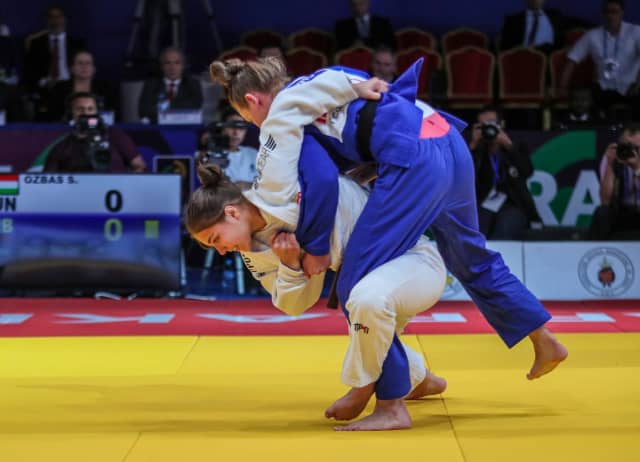 Having already won the bronze medal a few weeks ago at the Junior European Championships, Dena POHL was again on the run to get on the podium, this time at the world level. She was opposed to Japan's URA Asumi, who was already a bronze medallist last year at the Junior Worlds in Nassau, Bahamas. Unashamedly, the German started the match, even if she looked a bit below physically, compared to the steamroller of the Japanese. This one finished by sending POHL on the ground, without marking, but with sufficient control to follow with a immobilization. 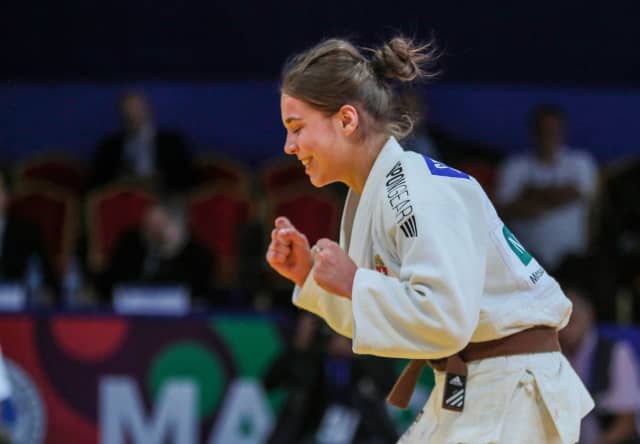 The next generation of the Kosovo team is already assured, thanks to the young Laura FAZLIU (KOS), who, with all the power and technique of her illustrious elders, was opposed to Renata ZACHOVA (CZE) in the second bronze medal contest. FAZLIU confirmed by winning with a tremendous counterattack for ippon. 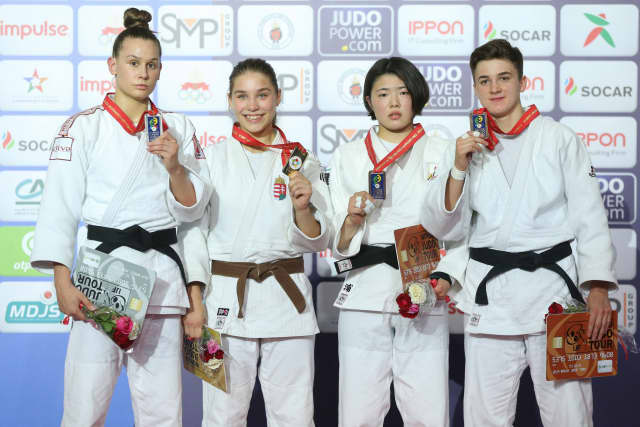 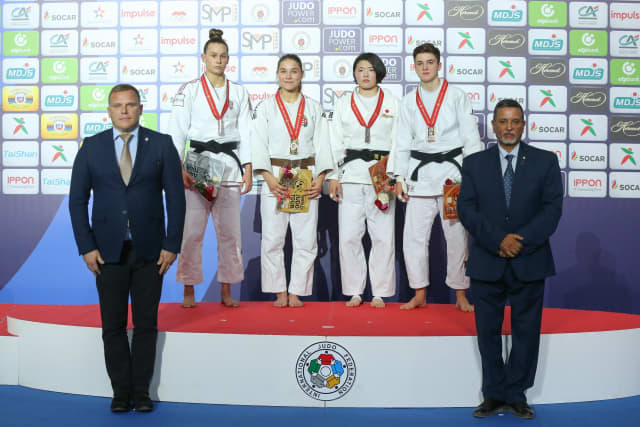 -73kg: MAKHMADBEKOV on top of the Junior World

In the only men's category of the day, it was Tajik Somon MAKHMADBEKOV, fifth at the last aenior World Championships, who was in the final against Russian Georgii ELBAKIEV, silver medallist of the last Budapest Grand Prix, on the World Judo Tour. 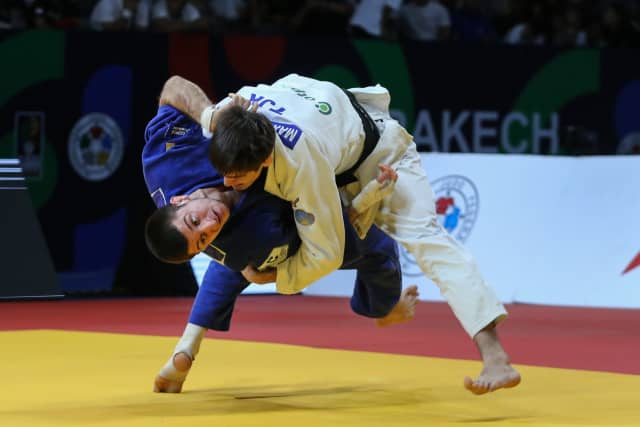 A first shido was quickly awarded to MAKHMADBEKOV for a cross guard, but he was nonetheless the most dangerous on his first attacks with opposite lapel in o-soto-gari, or in o-uchi-gari. But MAKHMADBEKOV scored a superb ippon, while he remained perfectly balanced on his feet to counter the movement of ELBAKIEV. 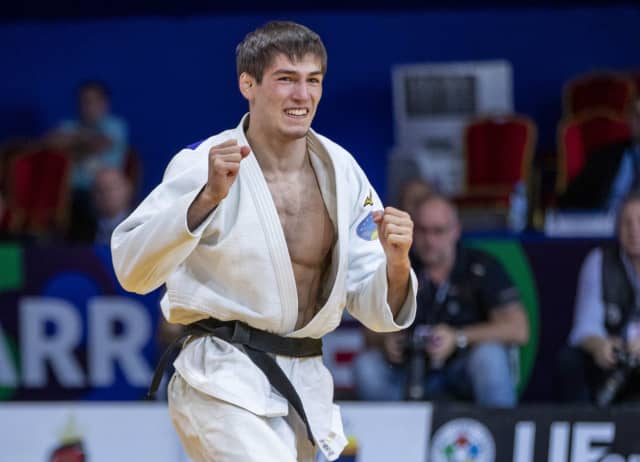 The first match for the bronze medal took place between Italian Edoardo MELLA and Brazilian Jeferson SANTOS JUNIOR (BRA), bronze medallists at the last Junior Pan American Championships. It was a fight of strong men, who do not let anything go and gripped the public. It was not until the golden score that the Italian finally found a small opportunity to counter the Brazilian and score a waza-ari bringing him the bronze medal.

The second bronze medal contest was played out between Victor STERPU (MDA) and Samuel GASSNER (AUT). The contest was fast as less than a minute was necessary for STERPU to immobilize his opponent after a confusing sequence in tachi-waza which could have offered the victory to either side. 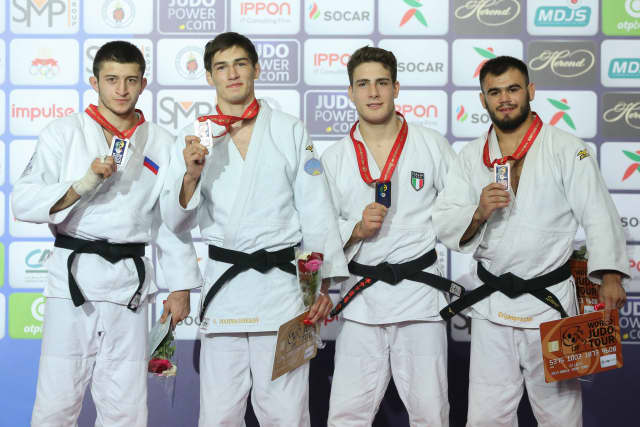 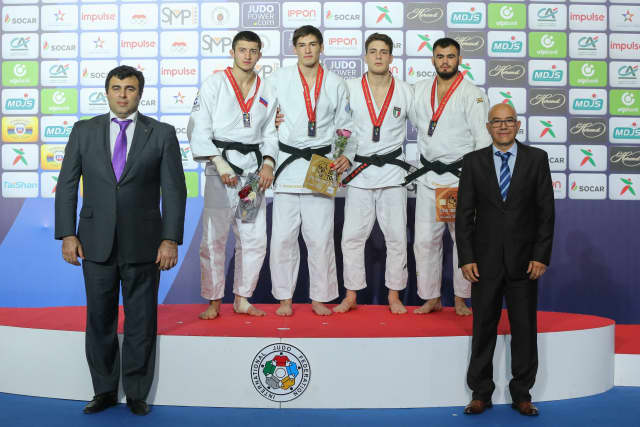