Written by Nicolas Messner on 18. Oct 2019
Share
At the end of the third day of competition at the Junior World Championships in Marrakech, Morocco, we asked for the impressions of several experts regularly present on the World Judo Tour. 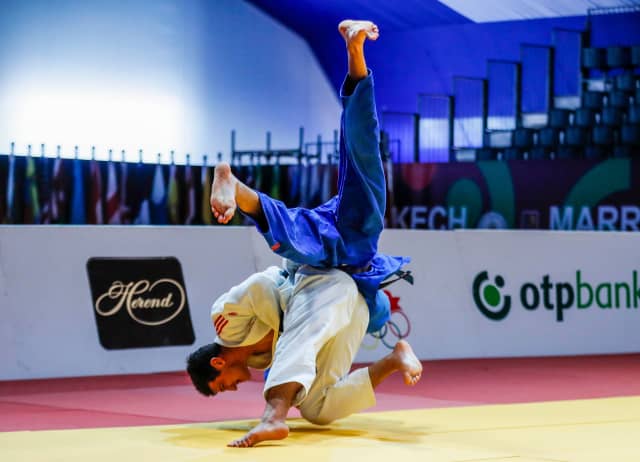 The first of the experts is the president of the International Judo Federation himself. Marius Vizer who attended the last two days of competition, was satisfied with what he could see: “It's very important for our young athletes to participate in such a competition. They can learn a lot and it's a very good promotion for our sport. I have seen very qualitative judo over the past two days and a lot of respect. We still have to work with the coaches though, as the athletes need to be able to control much better their enthusiasm when then win. This is part of the etiquette of our sport and we need, in defeat as well as in victory, to respect our principles and rules."

Elisabetta Fratini, who is an important member of the IJF IT team, knows all the athletes almost individually and follows all the matches: “We see a big difference between the juniors that we saw the first two days and the ones from today. At the beginning of the competition, they still look a bit like cadets. But starting from today especially, we saw a lot of competitors who are already competing on the World Judo Tour. During the first two days, there were many new faces for me, but today I recognized many competitors. This is also interesting, when you have the possibility to go in the warmup area. The Juniors are still acting like being part of a family. They are living in groups and they all closely depend on their coach, when the seniors are more individuals. Otherwise I was impressed by the performance of the Georgians and yesterday the one of the Tajik.“

Carlo Knoester of Australia is an IJF referee assessor and he follows all the contests from the refereeing table: “What I see is that there is still a lot of passion involved. Those athletes are still teenagers and they can show highs and lows easily within the same day, sometime, even during the same contest, much more than the senior competitors. I believe that the coaches play a very important and crucial role. The collaboration with their athletes is crucial and probably more important than later in their career.“

Bukhbat Mashbat of Mongolia is also an IJF referee assessor and, like his colleague Carlo, he has a similar idea. He added: “The 3rd day of competition was very interesting and we had really good judo throughout the day. Our role is to make sure that we don't make any mistake and that the right winner steps out of the tatami. We saw beautiful techniques, but it goes fast, and we have to be very concentrated all day long. It is not an easy job, but it's so interesting. I think we did a really good job so far. It's a team work between the referee on the mat, the judges, the assessors, the supervisors and the whole refereeing, sport and education commissions as well as the organizers. We are happy that Daniel Lascau recently joined the team. His expertise is very important.“