By Nicolas Messner, Gabriela Sabau on 31. Aug 2019
Share
Everyday of the World Judo Championships Tokyo 2019, we propose you the technical analysis of an IJF expert. Today, Neil Adams, the voice of the IJF, tells us, what he saw and what he felt after an amazing day of judo. 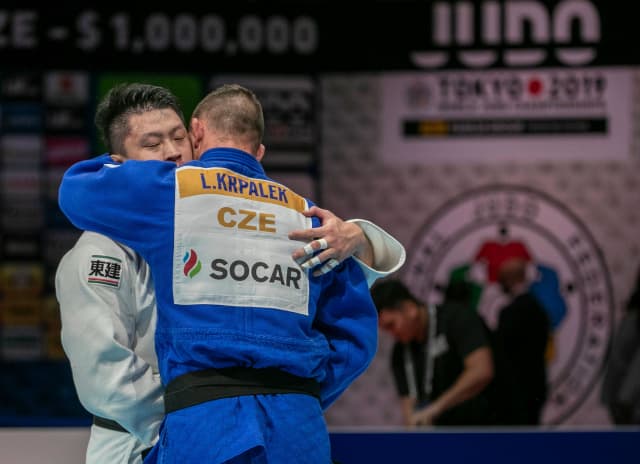 It's a wrap for the Individual World Judo Championships in Tokyo. The first thing I want to underline is that it was really difficult for the defending World Champions to retain their title. Among the 14 weight divisions, the 7 female world champions of last year were here and in the men's categories, 6 of them traveled to Tokyo.

Only three women kept their crown, Daria Bilodid (UKR), Abe Uta (JPN) and Clarisse Agbegnenou (FRA), but not a single man could climb again on top of the podium and they were all replaced with new World Champions.

Over the last seven days, I think we can clearly say that we have seen one of the best World Championships ever in terms of level. Every single day, there was an amazing story to tell.

It started on day 1 with Daria Bilodid who stole the show, by winning a second gold medal in a row. At such a young age, this is impressive.

On Day 2, Abe Uta was as much impressive as Bilodid, maybe even more, as she showed a total control over the category. Of course, everyone, especially in Japan, hoped that the Abe siblings would win again on the same day as last year in Baku. But MARUYAMA Joshiro (JPN) took the title in -66kg, one Japanese champion replacing an other one.

On day 3, Ono proved that he is the best judoka in the world, without any discussion. Japan didn't win the -57kg but it's funny to see that the winner, Christa DEGUCHI (CAN) started her career in Japan, before choosing to represent Canada. She was formed in Japan, and her judo has definitely the Japanese touch.

On day 4, we saw the arrival of the French. During the first three days, people were commenting on how come such a strong judo nation, didn't win any medal. From there on, France was ruling the world in the women's categories. Three days in a raw they won with style. For me, the most amazing final was the one between Clarisse Agbegnenou and Tashiro Miku of Japan. This is what we love to see. It was epic.

On day 5, Noel Van T End (NED) came from nowhere to win the most important title of his career giving the extra push to his teammates to win even more medals (4 in total).

On day 6, France again, with Madeleine MALONGA, showed that we will have to count on those ladies next year at the Olympic Games. Malonga is such a star in the making.

Last but not least, on day 7, we have Lukas KRPALEK (CZE), who is the first athlete to win the world title in -100kg and then in +100Kg. Once again the Japanese team was not able to win the men's heavyweight. They have been chasing that gold medal for so long now. Harasawa Hisayoshi was so close to do it, but even without Teddy Riner (FRA) and with Guram TUSHISHVILI (GEO) having lost in the semifinal, there was still KRPALEK to stop Japan.

In the women's division, ASAHINA Sarah (JPN) thought that she could repeat last year's performance, but she was replaced by SONE Akira. Not a big deal for the host country as they seem to be a step further than anyone.

At the end we have an incredibly well balanced medal table with 25 countries going back home with a medal. Japan at home had a lot of pressure and was pressed hard by the other nations. This shows the diversity of the judo family. We saw new stars emerging and not only Japanese. This is simply great for our sport.