Written by Pedro Lasuen on 23. Jun 2021
Photographs by Gabriela Sabau
Share
They are the snipers of sport. It is a job for patient people. They have to watch and wait for the moment when the magic occurs to capture it. Their photos are a work element because they give life to our words. In general they are anonymous, hidden behind a camera. Not this time, this time we have asked our four snipers to choose a photo from among thousands, a moment that has touched them especially, during the eight days that the World Judo Championships Hungary 2021 lasted. We want an explanation, the reason for their choice. We started with Gabriela Sabau. 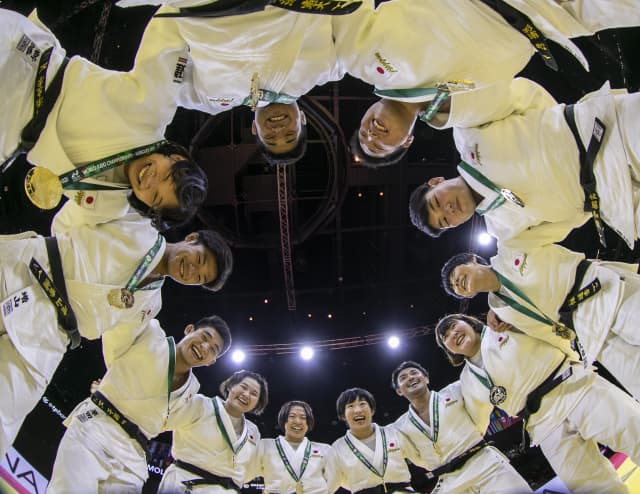 "The picture I selected is the one with the Japanese team. As you already know I'm creating this style of picture since our first mixed teams competition and it’s like a signature of the event. I love all 4 pictures from the World Mixed Team Championships, from 2017, 2018, 2019 and 2021 but this one in particular because it’s not only with the 6 athletes from the final but with all 12 of them. The happy faces, the smiles that you usually don't see from the very composed Japanese athletes, the joy they have after winning as a team is spectacular and it shows to the world that judo, although an individual sport, is actually an amazing team sport", says Gabriela. 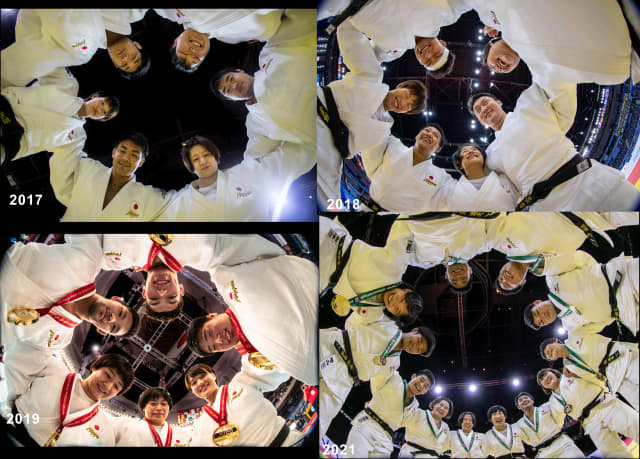