Written by Pedro Lasuen on 27. Mar 2022
Share
‘Spain is different,’ says the Ministry of Tourism. For millions of foreigners, Spain is sun, food and flamenco, little more; a lot of hedonism and a siesta every day because life is short. You have to understand the national idiosyncrasy and that means that, a priori, judo is Don Quixote fighting windmills. Spain is football, football and a little further back, more football. Then come basketball and tennis, motorcycles and Formula One. Several kilometres behind, judo appears. This is where the adventure begins precisely because Spain is different. 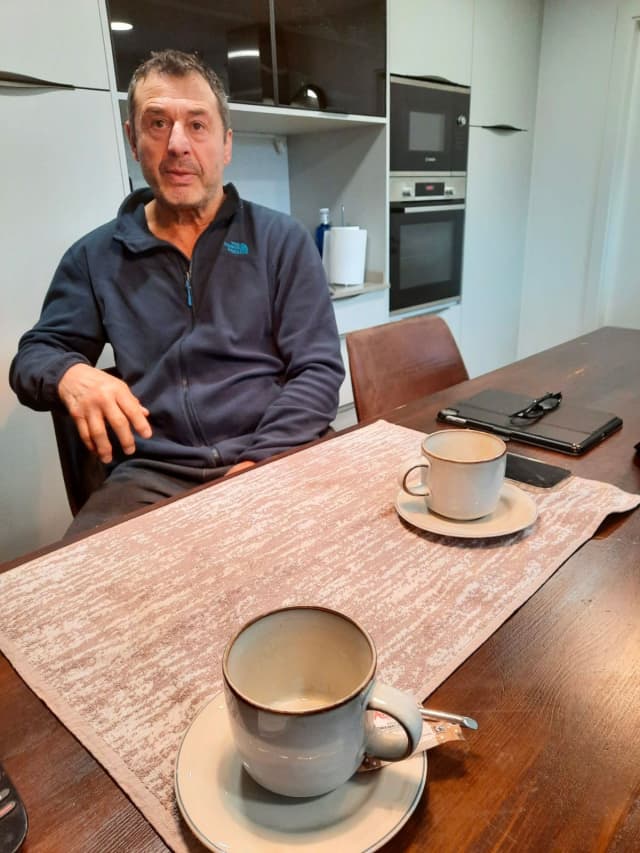 For someone who has just landed on the judo planet, the Spanish system is like a level 8 sudoku puzzle without a pencil. There is a national federation with a high-performance centre in Madrid, whose essential mission is to promote judo among young people, whose graduates reach 120,000. The number is high considering the absence of judo in the media and the preponderance of other sports. It is a topic that could be a challenge for any marketer. There are multiple clubs and regional federations, but above all two main poles, the spearhead of Spanish judo. One is in Brunete and the other in Valencia.

Brunete is a town of eight thousand inhabitants, thirty kilometres west of Madrid or, what is the same, the highest concentration of talent per square metre in the field of judo. A Spanish legend rules there, Quino Ruiz, sixty-four years old, fifty of them with judogi. When he began, the UK became a member of the EEC and Richard Nixon visited China, marking the first official visit by a US president to that country. Quino is known throughout the world because he held the best record in Spanish judo until 2018, with a world silver and a European title and for being the coach of the two-time world champion, Nikoloz Sherazadishvili. However, the Quino Brunete Dojo is made up of more than four hundred students aged between four and sixty years old. It is an institution, the sports engine of a town and an elite school that rubs shoulders with the best. What interests us is his method. 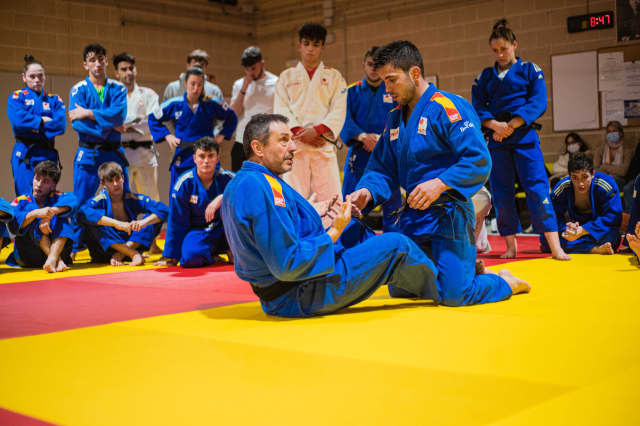 It's nine in the morning and it's been pouring rain for days while the rest of Europe basks in the sun. Quino prepares coffee in the kitchen of his house and explains his vision of judo. "For me the key word is affection," explains Quino. “Care towards the students so that they are happy. We do everything with passion. I try not to miss anything.” When the club's budget doesn't go far enough, there is the President of the Spanish Olympic Committee, Alejandro Blanco, a former judoka and, for Quino, “our guardian angel”. Then, when the committee doesn't show up either, Quino always has the unconditional support of his wife, Maribel, who puts in whatever is necessary for the good of the club. "She is my moral and economic support and the students are like her children."

Quino's dedication is exclusive, six days a week training and no vacations. He even interrupted his honeymoon to console Niko and Fran Garrigós, who had just lost in the first round of a tournament. 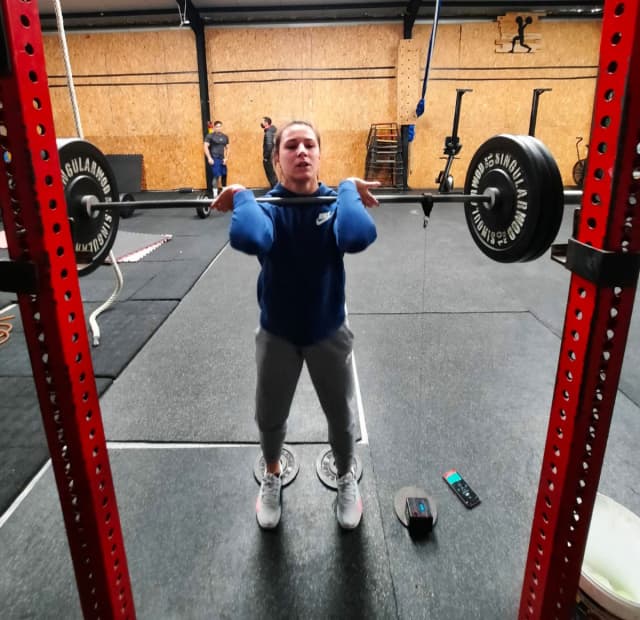 Every day is watching videos, studying opponents, trying to improve and practising new techniques. His workouts are personalised, as in the case of Niko. “He is very intelligent when it comes to incorporating new things because he has a natural talent and a lot of capacity for work. I add other very important details like the work on the floor.”

A training session is very much nage-komi with mattresses to avoid pain, perfecting techniques, defence and attack and uchi-komi in a real way. Also there is ne-waza and the transition from foot to ground. “What I am looking for is to create the same atmosphere and the same intensity as during a tournament because I consider that to be the best you must fight how they train.” His students say that Quino sees everything, that he realises a state of form or mood just with a glance. “I am like a pain in the ass, I pay attention to everything. During a match, from the chair, I observe my judoka, the opponent, the referee, even the referees' table.”

Passion is obsession and Quino's is to do things well, but always with an exquisite and very close, familiar treatment. “I do not conceive judo without treating people kindly. Respect is not submission.”

Niko, Fran, Cristina Cabaña and Laura Martínez constitute the cream of the club. They have won important titles and medals. They also look at Quino from their position. “It's all heart,” says Niko, “consistency and demand because the first one who gives everything is him. Now we are better, especially mentally.” 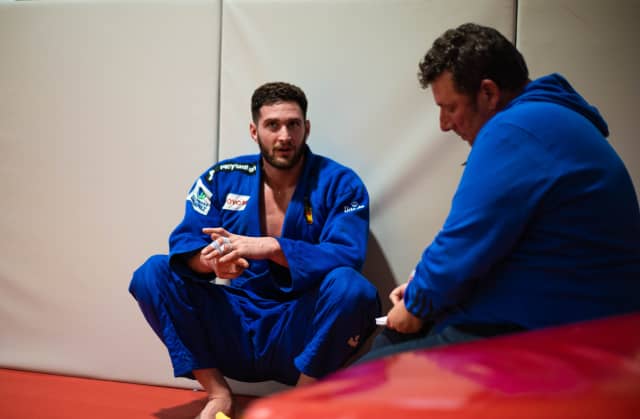 Fran, Cristina and Laura agree with Niko; for them Quino “conveys confidence and motivates like nobody else. It doesn't matter what day of the year it is, whether it's a personal or professional problem, he's always there to help us with whatever it takes.” There is something more, according to them, knowing how to treat each one. "He knows he's not going to get anything from me by yelling," explains Laura. "I, on the other hand, do need a harsh word from time to time," says Cristina. Quino looks at them all in the same way and makes them better judoka because with him any dream is possible because he believes so. In addition, he cooks well! Quino's rice with chicken should be a recipe for any restaurant with stars.

Quino is a compendium of kindness, love, demand and sports ambition. He is also a claim. Quino is stopped on the streets of Georgia and for some time now, he has had Georgian judoka waiting for Spanish nationality at his service. As they continue like this, the bilateral relations between the two countries will end up being negotiated in Brunete. “They are very good judoka but they have not been able to get into the Georgian first team. I give them a new opportunity,” underlines Quino. The difference and, without a doubt, the key to success, is that the judoka who come from abroad don't just pick up their new passport, compete with another flag, thank you and adiós. In Brunete they go to school, learn the language and eat like the rest of the Spanish. It is a total immersion so that the adaptation is absolute. 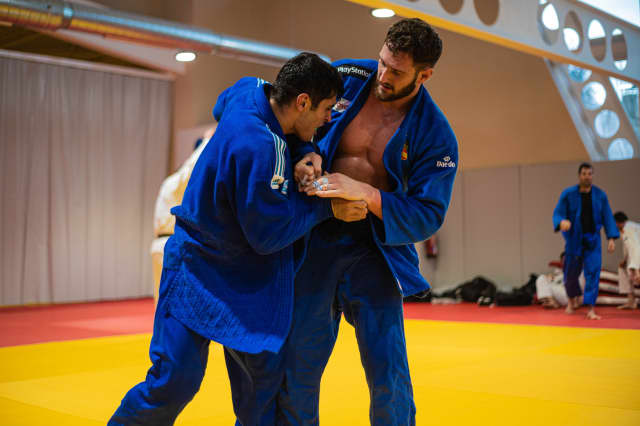 The last pearl is called Tristani Mosakhlishvili, Tato to friends. Now that Niko takes his first steps at -100kg, Tato has picked up the baton at -90kg and on the mat he is a monster. “Sometimes Niko struggles to handle him on the mat,” confesses Quino. Since we don't believe him, Quino invites us to attend some randori between the two of them. “He is an animal,” says Quino, “I haven't seen anything like it for a long time” and precisely, the day after our arrival, Tato has to swear the Constitution of Spain.

It's still pouring with rain and it's cold, but Quino doesn't flinch and his students sweat in a workout designed to improve and have fun. We left him there with the promise of seeing each other again soon and the certainty of doing something great this year. "If I didn't believe it, I wouldn't do this." Thanks for everything, the rice was divine, the coffee woke us up and the hospitality has been legendary. Ok, we don't have an umbrella, but we're heading to Valencia. 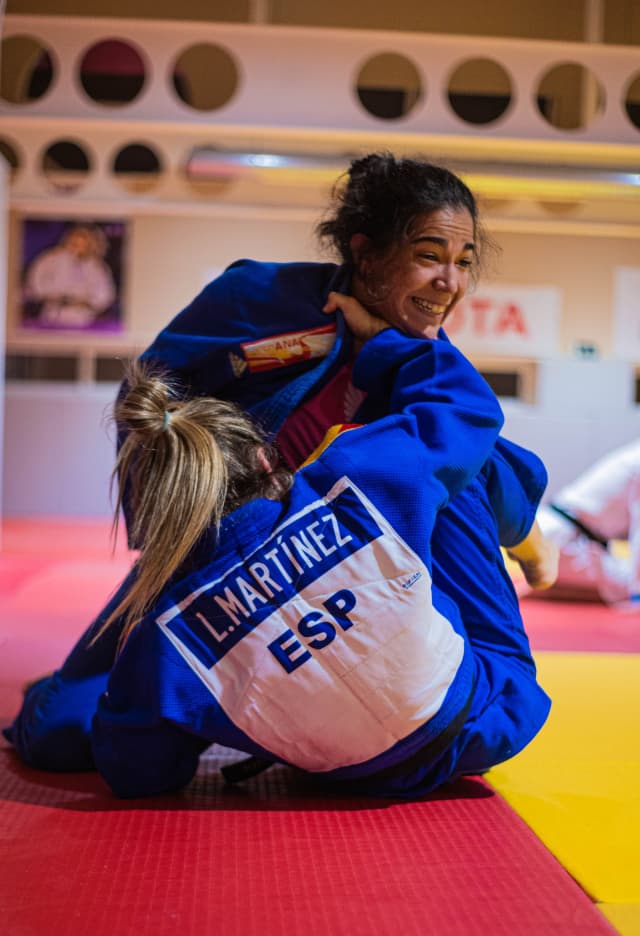 News
The Audacity of Being Yourself