The Audacity of Being Yourself

Written by Pedro Lasuen on 23. May 2021
Photographs by Gabriela Sabau
Share
He looks like a Viking warrior, with longer hair and a full beard. He says he's so busy he doesn't have time to go to the hair salon. Nikoloz Sherazadishvili is a treasure for any journalist because he always has a surprise in store. This time he has gone even further and gives us, exclusively, a bite at breaking news. 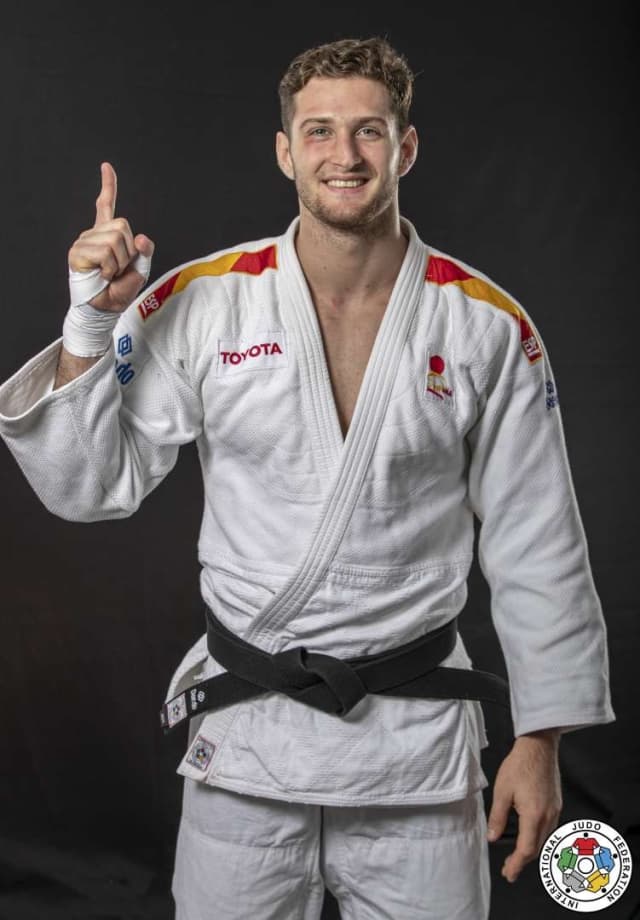 The last time we met the Spaniard was in Tel Aviv. The former world champion and current number one in the –90kg category won the silver medal in Israel and told us that the European Championships would be his last competition before the Olympics. Now he is inscribed for the World Championships and here begins the story that leads to the big news.

"It has not been my best year," he explains. “I have not been bad but not at my best level either. At first I had no plans to go to Budapest, but since February, things have changed."

Nikoloz pauses and shows us that almost trade marked, mischievous smile that heralds something big. “I have changed my mind because I would like to be world champion for a second time before changing categories."

"After the Olympics, I will change category and compete at –100kg." When he says later, Nikoloz is not referring to next year, but to September 2021 and the Zagreb Grand Prix.

The reason is simple; it is a weight problem. Weight is the obsession of judoka. “It is difficult for me to maintain my ideal weight, even more so with the pandemic and the confinement. I don't think my body would be able to last another year in my current category."

So why change then and not before? Nikoloz smiles again. “I want to be an Olympic champion in two different categories."

This means that, in addition to Tokyo, there will be a continuation to Paris. This is what is called short and medium term planning. Of course, no one can say that the Spanish judoka has no ambition! Besides, he is sincere and polite but diplomacy is not his thing and he announces his objective.

“The main goal this season is Tokyo. However, I am not going to take Budapest as a training exercise. I am going with the intention of winning because World Championships are something very special. It is true that it will help me a lot to gain more experience and study my feelings shortly before the Games, but I am not coming as a tourist."

In Budapest will be the two Japanese fighters, Nagasawa Kenta and Murao Sanshiro. Whoever says Japan also says danger, for the rest. There will also be Krisztian Toth, world number four, in just the right place to please the public because he will fight at home. 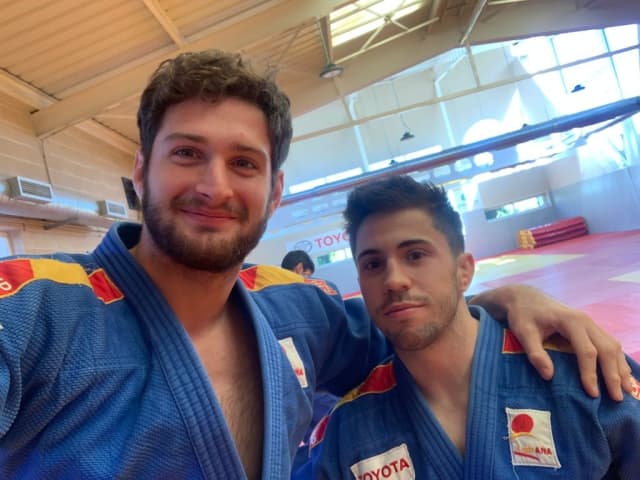 “I feel very well. I don't have any injuries and in the last few months we changed the preparation. The physical plan has been very heavy, but for a couple of months we have worked in a different way, to be faster and more agile. In Budapest I will be in almost optimal shape, but I will arrive in Tokyo at one hundred percent of my physical abilities."

Nikoloz is not one of those who appreciates the absence of the best. In such an open category, he likes everyone to be there because it is the very essence of judo; winning by skill is always better than winning by omission

“Anyway the level is incredibly high at –90kg. It will be in Hungary and it will be tremendous in Japan."

At this point we are interested in knowing his opinion about the opponents.

“Anyone in the top ten can win the gold medal, both in Budapest and Tokyo. Then the others come! There are many who, perhaps, will never win a major title, but are quite capable of eliminating one of the top ten in the first or second round. It is what this category has, but the same happens in –81kg and –100kg. That is why they are such entertaining categories. There are always surprises."

Quino Ruiz is Nikoloz's coach. Until the arrival of his pupil and that world title in Baku in 2019, Ruiz was the best male Spanish judoka in history, with a gold medal at the European Championships and a silver medal at the World Championships. “He says that we are going to win, both in Budapest and in Tokyo. He doesn't say it to cheer us up, but because he really believes it."

Nikoloz is the main planet in the Spanish galaxy, but not the only one. Francisco Garrigós has just won the European Championships at –60kg and he will also be present in Budapest. "He is in spectacular shape and so too is Alberto Gaitero,” confesses Nikoloz. Both train daily at Quino Ruiz's dojo, on the outskirts of Madrid.

Nikoloz has just arrived at the dojo, it is time to train, so he concludes the interview by leaving another pearl as a gift. “We are all convinced that Spain will obtain more than one medal, both in Budapest and at the Olympic Games."

The future is always unpredictable. What we cannot deny is the enthusiasm and honesty of Nikoloz. As a famous doctor once said, "earn the respect of others by having the audacity to be yourself."