Written by Pedro Lasuen on 09. Jun 2021
Photographs by Marina Mayorova, Emanuele Di Feliciantonio, Lars Moeller Jensen
Share
Let's get straight to the point, to observe Lasha Shavduatashvili's reaction: Do you know that, from this moment, you are the best judoka in the history of Georgia? Lasha looks down, catches himself, gasps for air, because emotion overwhelms him. Only then does he lift his head and show us the most prodigious smile in the world, but he doesn't say anything, he can't, because he can't find the words. It is normal, it is not easy to talk about yourself just minutes after achieving a real feat. 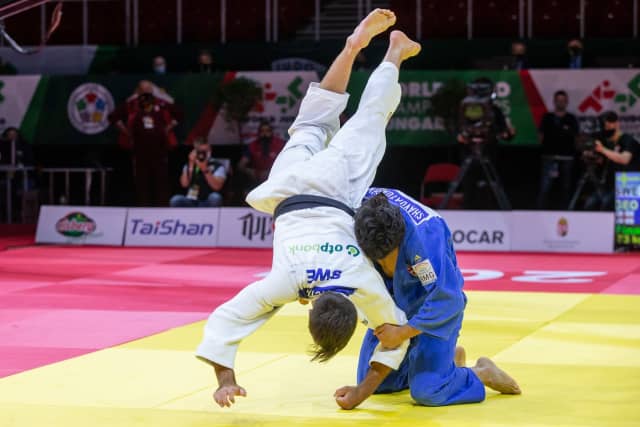 He was missing a gold medal and he had been looking for it for many years. To explain it, we have to ride the time machine. At the 2012 London Olympics, Lasha was 20 years old. As much as we can assess potential and talent, actually winning the gold medal at such a young age is a sign. In general, things are what they seem; the world of judo knew then that the career of the Georgian would be more than a single concrete episode.

There are millions of judoka, several thousand champions, but very few who have completed the trilogy of major titles. In Georgia, for example, there is only one, and only since 8th June 2021.

In 2013 Lasha was proclaimed champion of Europe, in a logical occurrence. He was the boy of the moment, the ogre of the -73kg category. From that point came the hardest period, to cement his permanence on the throne, to fight against the passage of time and a competition with increasingly young, nourished and hungry future kings. Lasha was number one and in the world of sports there is nothing tastier than knocking down the best.

Lasha stayed dangerous, sustained a position always close to the top of the seedlings, the ranking lists, alternating good and bad times. He got used to winning medals of all colours. However, the years passed and he could not crown the last great mountain, gold at the world championships.

The new generation was led by Ono Shohei (JPN), that true wonder of judo and Rustam Orujov (AZE). Lasha was still there, standing up, taking the offensives. At the Rio Games in 2016, Ono won the gold, Orujov the silver and Lasha the bronze. It seemed that his time was waning, but he remained among the top five in the world, thanks to his talent and the indomitable nature of Georgians, because when it comes to fighting to the last breath, no-one walks the line of the Georgians, with their pride and fierceness.

There was the impression that Lasha was punctuating the years of decadence and that, with a few exceptions, he had to console himself with bronze on lucky days. To hold this analysis, though, is to not know Lasha or the Georgians. 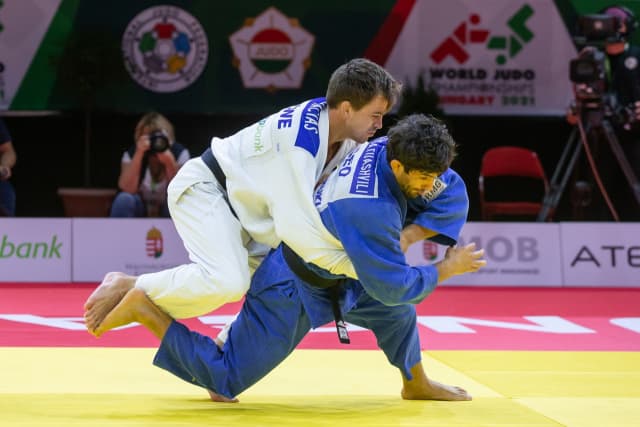 At the age of 29, he has been many years in a sport that is demanding. Lasha landed in Budapest at the beginning of June. He did not come to Hungary to try to pick up the bronze. He came to do something that no-one would have bet on a few days ago, except his team-mates, coaches and friends. Georgia is special and their judoka like to pulverise predictions.

The final was not an ode to beauty but a rough, close and very tactical contest, in which only the specialists revelled. However, the finals are not trivial, they are for winning and Lasha won against Tommy Macias (SWE), changing his status forever.

If in 2012 he became a national idol and in 2013 he stepped on to the list of the thousand best judoka in history, from now on, he is the banner of his country and a reference in history books.

That is why he does not speak, because describing the access to eternity when he has not yet finished sweating and the international press is waiting impatiently, is simply impossible. In the end, though, we doff our hats because, in such a situation, we are the ones surprised.

"The important thing is that my career inspires the younger ones," he confesses. “I have never stopped working, training, thinking about judo, 24 hours a day, always looking for new things, trying to progress. If the next generations do the same, the future of judo in Georgia is assured."

When the living legend thinks of others and not himself, it means that the man has taken control over the athlete and that he combines values and education in order to obtain medals. It is an unstoppable equation. 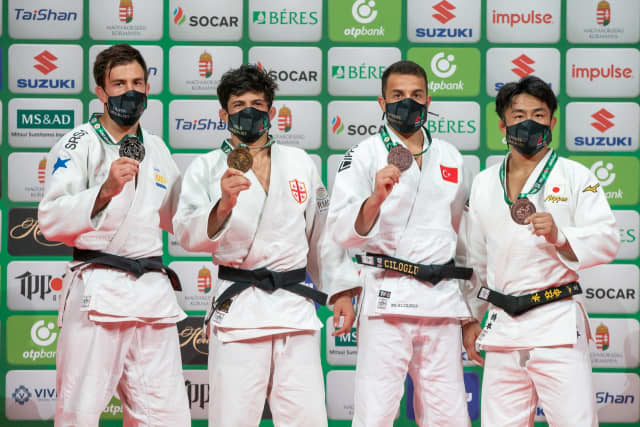 At his side, the president of the Georgian Judo Federation works to contain his joy. Inside, Giorgi Atabegashvili wants to shout his euphoria from the rooftops, but he is president, he has to hold form and he succeeds. He just took off his tie.

“I am very fortunate that, during my tenure, Georgia has achieved 3 crucial medals, in 2018, 2019 and 2020. It is the reward for sacrifice, an established plan and immense talent and constant work. Today we reap what we have sown."

You can be an idol, even a hero, in a city, a country, a continent and why not the entire planet? History is another thing, it is the memory of those who have left and those who will leave.

Lasha Shavdatuashvili is already past, present and posterity.