Written by Christian Pierre on 18. Jul 2019
Share
Bad news for Belgian judoka Toma Nikiforov (-100kg). The athlete got a shoulder injury in June during the European Games in Minsk and it turned out to be worse than expected. Such that he had to get surgery. Consequently, the athlete will be out for four months. This means that he will again have to miss the IJF World Championship, this year in late August in Tokyo. Last edition in Baku he was also sidelined after an operation on the cruciate ligaments of the knee, an injury sustained during the Budapest Grand Prix. 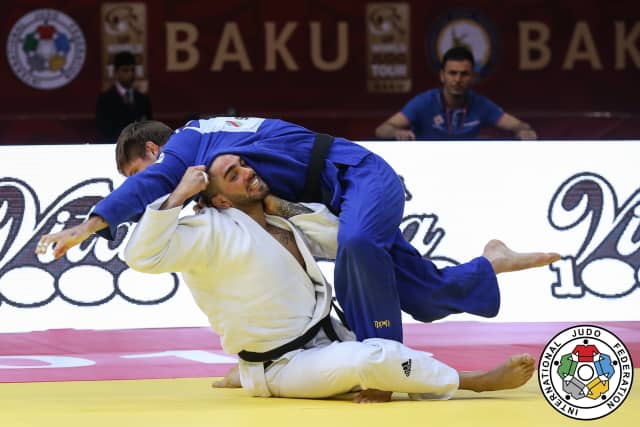 Toma Nikiforov (-100kg/BEL) in action at the Baku GS

"It seems like a curse, but I cannot risk jeopardizing my next Olympic Games," said the disappointed judoka. "I hope to be back on the tatami at the end of October - beginning of November. A return on the mat during the Belgian championship on 2 November in Antwerp could be a possible outcome."

“Not having Toma Nikiforov at the IJF Worlds in Tokyo is of course a big disappointment for us. Further medical research indeed showed that surgery was necessary. We naturally hope that the period of inactivity will be limited to those four months. The technical staff will now prepare a new program for Toma. The goal, of course, remains a medal at the 2020 Olympic Games," said Technical Director Top Sport Koen Sleeckx.