When the Present rhymes with Future

Written by Nicolas Messner on 20. Oct 2019
Share
At the end of the fifth and last day of competition at the Junior World Championships in Marrakech, Morocco, we asked for the impressions of several experts regularly present on the World Judo Tour. 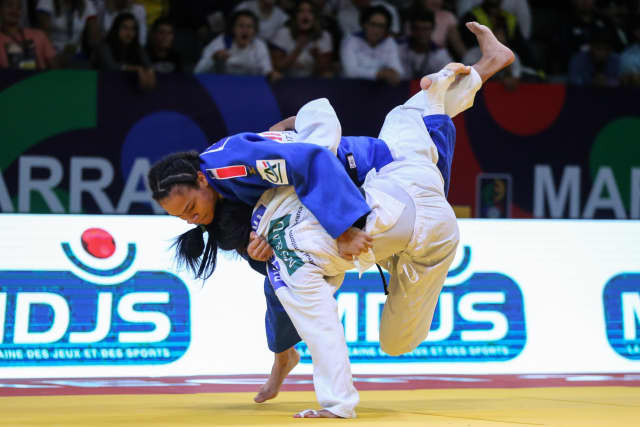 El Jamali El Arabi was the Director of the event for the Royal Moroccan Judo Federation. Under pressure for two weeks (veterans + juniors) he was happy at the end of the day: “We saw Japan dominating, but it was not overwhelming, and many countries have shown that they have serious arguments to challenge Japan. Many of the champions we saw in Marrakech will soon appear on the senior podium, some of them already are. It is obvious. I will remember that many athletes enjoyed their stay in Morocco. It makes me say that we have done a good job. It was not easy. But we have taken up the challenge. I am pleased that the IJF is also pleased with the organization. Let's meet in a few months in Rabat for the Grand Prix 2020."

Abdullo Muradov from the IJF Sport Commission office said: “We have seen a lot of young competitors showing really good judo throughout the week and particularly today. I was impressed by the Russian in -73kg, the Japanese in -90 as well as the Georgian in -90kg. This generation is growing up fast, which is good for the future. We are of course looking already at Tokyo 2020, but we are also looking beyond. We still have to work a bit with the coaches of the juniors. Some of them are a little too emotional, but we are on the good way, and we had a really good interaction with all of them during this week.“

Teodor Pop, from the Presidential office said: “The level of judo is really increasing and we can see that the juniors were really well prepared for this event and they are ready with the modern judo. Of course, I want to underline the positive progression of the Georgian team. They greatly contributed to the success of the World Championships in Marrakech. We had a very interesting team competition, which was really well balanced in terms of level. Even if Japan won at the end, and this is amazing when you look at their results, it was not so easy, which is very good. We like when there is challenge. Generally speaking, we had a really good organisation in Marrakech and I think that everyone can be proud of the work done.“

This concludes the 2019 edition of the Junior World Championships in Marrakech, Morocco. 14 new world champions have been awarded and Japan won the title in the team event. The next stop for the judo family will be in Abu Dhabi, on the occasion of the Grand Slam, which will take place from October 24-26. 603 athletes from 104 countries are already registered, which promises a lot of great contests in a very competitive world, where every point will be important as the Olympic equalization period is in full swing. Stay tuned to have more information about your favorite athletes and follow us on all our social media platforms.