By Marina Mayorova, Fawaz Alenezi, Christian Pierre, Emanuele Di Feliciantonio on 22. Aug 2019
Share
On August 22nd, with less than four days to go until the greatly anticipated World Championship, the IJF Congress took place at the Tokyo Dome Hotel in the Japanese capital. With representatives of all national judo federations in attendance the Congress kicked-off at 10 am sharp.

IJF President Marius Vizer welcomed all delegates. “It’s a great pleasure to be here together in Tokyo, Japan, the country of judo and once again in the legendary Budokan. I thank the AJF and the Kodokan to host in partnership with the IJF this Congress and World Championship. It will be exciting times as for the first time a refugee team will compete at the IJF Worlds. Thank you for your effort to travel to Tokyo and wish you all the best”, President Vizer ended his welcome. 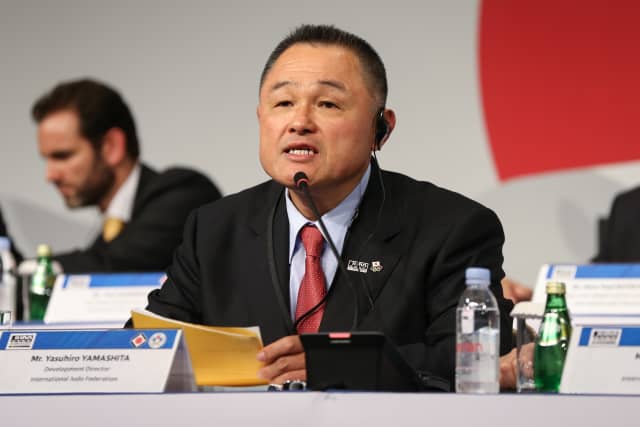 “The IJF Worlds will start soon but prior to the event we are pleased to host this congress,” Mr. Yamashita, AJF and JOC President as well as IJF Development Director, welcomed the membership. “The venue hosting the competition is legendary as the Nippon Budokan was built for the 1964 Olympics where judo appeared on the Olympic program for the first time. Next year at the 2020 Olympic Games the venue will host the Olympic judo tournament again, a great significance for our judokas.”

Prior to the Congress agenda, President Vizer requested one minute of silence for all members of the international judo family who passed away. 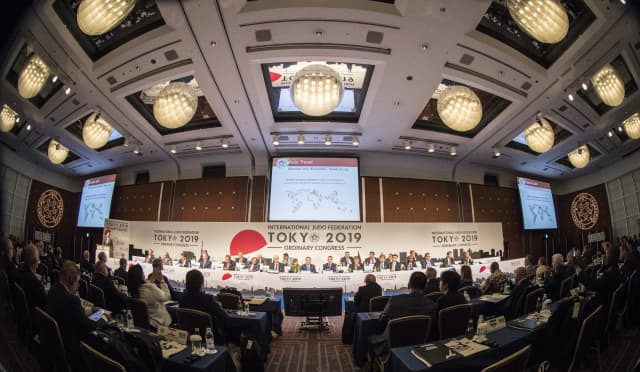 After the approval of the minutes of the 2017 IJF Congress in Budapest, Mr. Vizer presented his report. “Let me thank you for all your support as we have some remarkable aspects of IJF activity to show. More than ever our sport is present on media channels worldwide and we notice an increase in popularity with more athletes and grass roots programs around the globe. Each year we have 1,000 athletes more competing in IJF tournaments. Today we have 202 member federations, welcoming the national federations of Saint Martin, Jamaica, Bahrain, Cayman Islands and Brunei as the youngest members of our great family.”

President Vizer also acclaimed the federation efforts on education referring to the school projects, as well as the importance of the IJF’s contribution to the issue of sport activities for refugees and immigrants, granting these groups more access to sports. IJF invest almost eight million USD per year to develop judo worldwide, leading the way for this growth and development of the sport being the most educational active sport on the Olympic program, while simultaneously helping federations in need with building dojos. 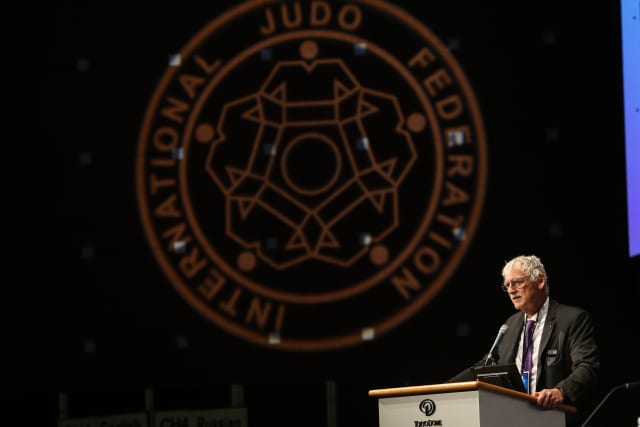 In his report, IJF General Secretary Mr. Jean-Luc Rougé explained the different services of his administration to support all IJF commissions to better develop the sport worldwide. He also presented the Kodomo No Kata video, a great learning tool for the younger children.

General Treasurer Mr. Naser Al Tamimi presented his report noting an exponential growth for the past 12 years since 2007. “Finances are directed where they are needed the most: promotion and development of the sport, retention of talent and skills, donation to member federations, competition expenses etc.,” the General Treasurer explained. He gave an overview of the income and expenditure of the IJF.

The reports of the President, General Secretary and General Treasurer were unanimously approved. 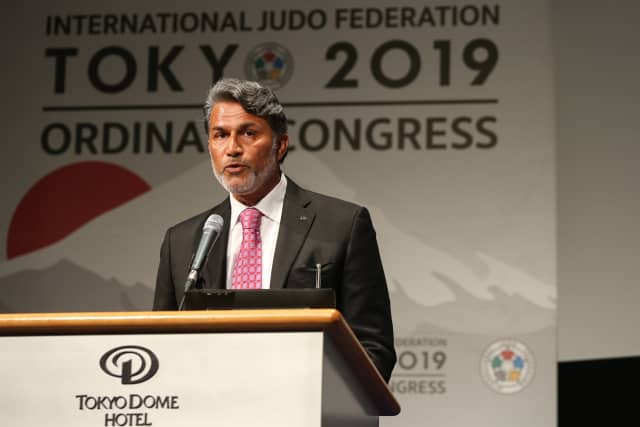 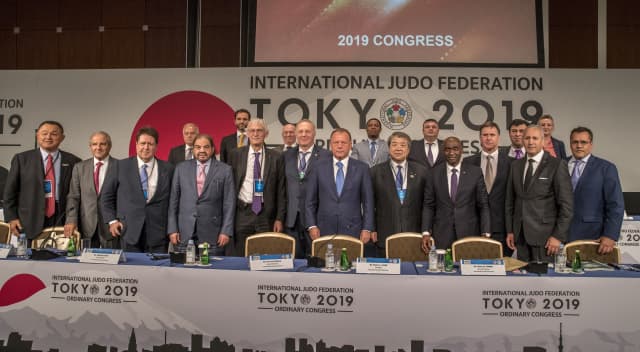 Mr. Vlad Marinescu, IJF Chief Media and Marketing Officer, presented some impressive numbers regarding the IJF’s media presence worldwide. “It’s IJF Media’s target to maximize interest and participation in judo. More than 60,000 stories per year are told and today we reach more than 2,000 hours of broadcasting in almost 200 countries.” Moreover, a huge engagement can be found on all IJF social media platforms, i.e. 80,000,000 engagements of more than 15,000,000 followers. 190 countries air judo, representing 350 hours of live broadcasting with 26 minutes highlights. For Daily News items, IJF partners with Reuters. Last but not least, Live.ijf.org has presented some 1,750 hours of live streaming during events. 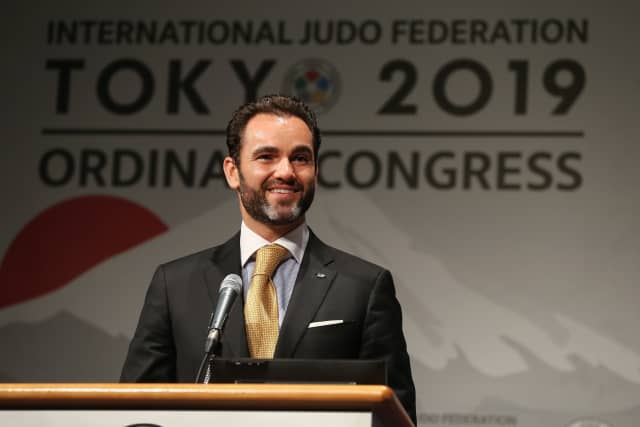 Ruben Houkes, Commissioner of the Children’s Commission, stated that the IJF program Judo in Schools is now present in 37 countries. “The current contracts with the National Federations were signed in the period 2011-2019. IJF Judo in Schools has another 9 contracts in draft.”

Some facts and figures:

“Challenges need to be made, like creating a mind shift from judo as a sport to judo as a skill builder for life and also to amplify the essence of judo (values vs. violence),” says Mr. Houkes. “64% of all the programs take place after schooltime. 65% of all the children get more than twice a week judo lessons, while 12,5% of the participants have become a member of a judo club.” The programme is valued by organizers and primary school teachers and 90% of the primary schools would suggest the program to others. 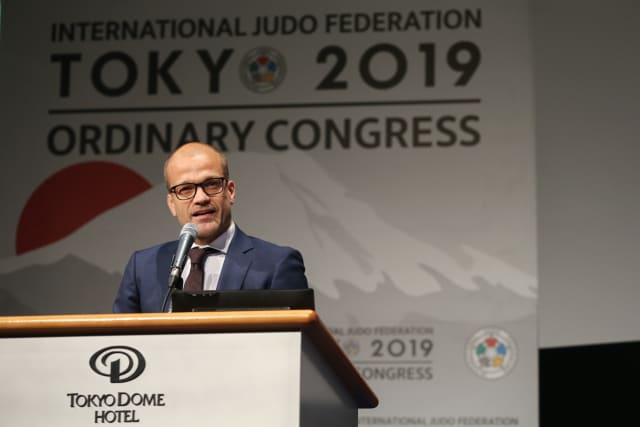 Mr. Galea, Director of the IJF Judo Academy highlighted the latest activities. “No less than 3,600 students from 125 countries have registered so far. The National Commission for Higher and Further Education of Malta has licensed the Academy as a Higher Education Institute.” Mr. Galea further outlined the different programs of the Academy. 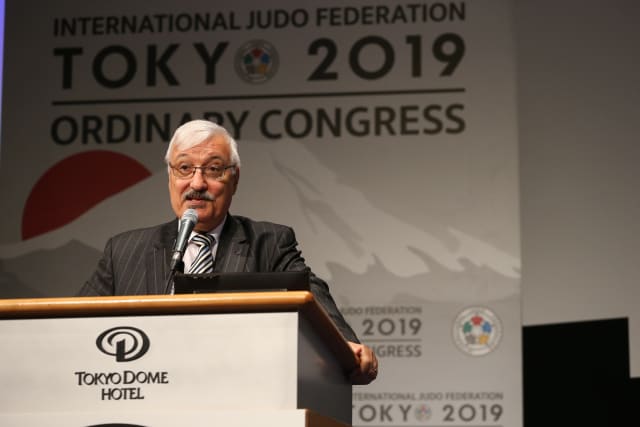 Media & Judo for Peace Director Mr. Nicolas Messner dwelled on the programs and achievements of the IJF Judo for Peace program. IJF is involved in peace building activities throughout the world in war zones, post-conflict areas and places with social disorders.

“Crucial and symbolic steps were taken”, Mr. Messner said, “i.e. the participation of all athletes, without discrimination, to all IJF events; a United Korean Team competed at the 2018 Baku WC; judo rules were put in place to promote inclusion of immigrants, refugees and expats and a Director in charge of Refugee Programmes in Africa was nominated.” 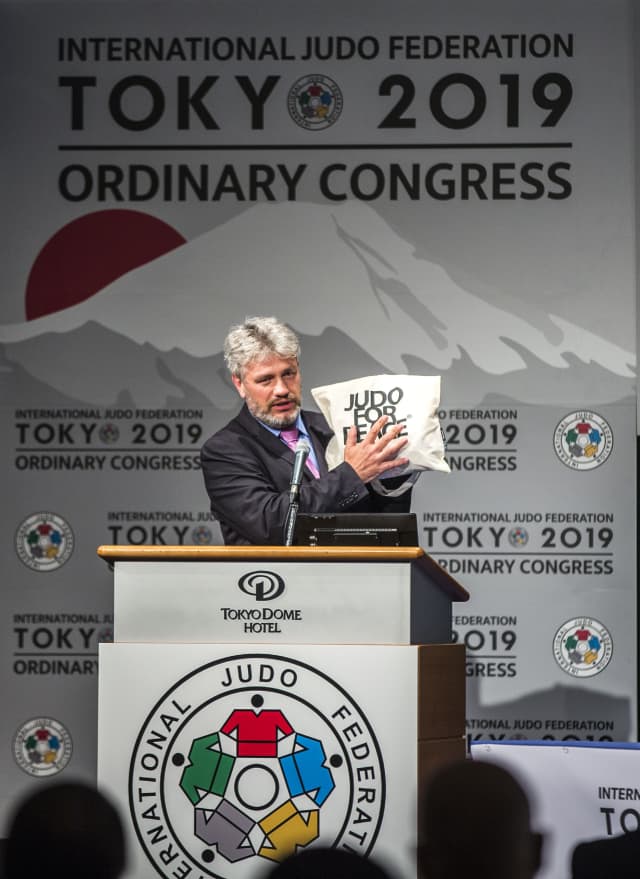 Dr. Lisa Allan, Gender Equity Commission Director, underlined the IJF commitment to increase participation of girls and women at the grass roots and elite level. For the first time in Olympic history at next year’s Games there will be an even number of male and female judokas competing for the first time in addition to the inaugural inclusion of the mixed team event. 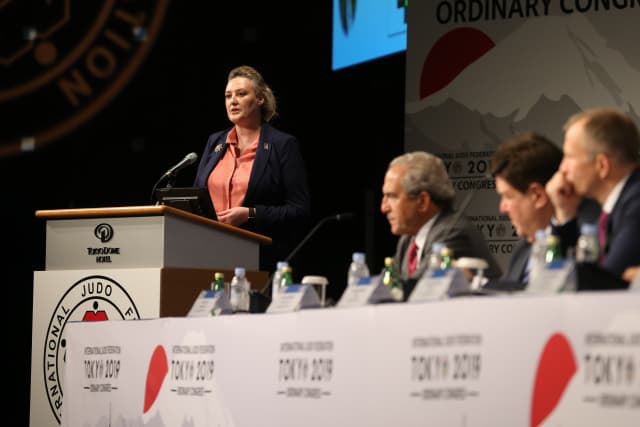 The floor was also given to the Commission Directors and Continental Presidents to present their reports. 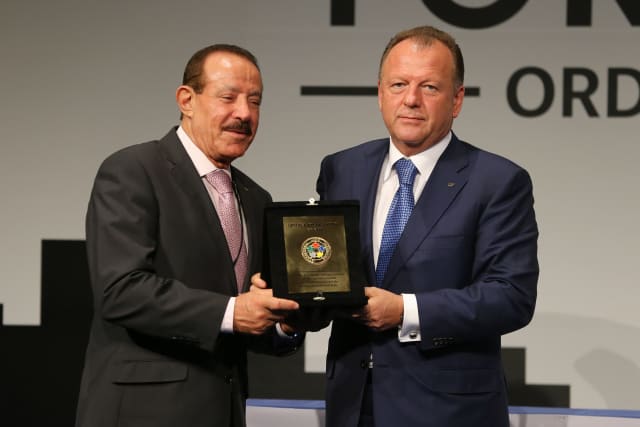 At the end of the Congress, Mr. François Saade, President of the Lebanese Judo Federation received the IJF plaquette from the hands of President Vizer for his longstanding activities in the judo community.