Politeness: It's the Respect of Others

Section navigation
Politeness is perhaps the value that seems to us the most obvious to explain because from our earliest childhood memories our parents, our teachers and more generally speaking, the adults, have taught us to be polite. Do we, however, really understand what lies behind all the rules of courtesy, social constructs between people, good manners and respectful behavior governing the ways of acting and speaking?

Politeness has its roots in the Latin 'politus' which means plain, smooth, shiny and yellow. This word included a set of social behaviors aimed at expressing recognition of others and being treated as persons with feelings.

There is a general sense of politeness but if you look at it carefully, you will see that each culture has its own rules. Politeness can be seen as a mode of communication that focuses mainly on the form, while respect has greater depth. We can ask the question, therefore, can’t politeness be reduced to just a simple social varnish? It's a little more complex than that!

Politeness is expressed by the use of certain formulae, such as: hello, hi, goodbye, welcome, sorry, please, thank you and by specific attitudes: smile to whom you speak, adapt your outfit to circumstances, etc. It is defined as a code, a set of rules acquired through formal and informal education. That's it, the word is dropped, EDUCATION. No one in the world is born polite. No newborn baby knows to say hello or thank you. Politeness is acquired. 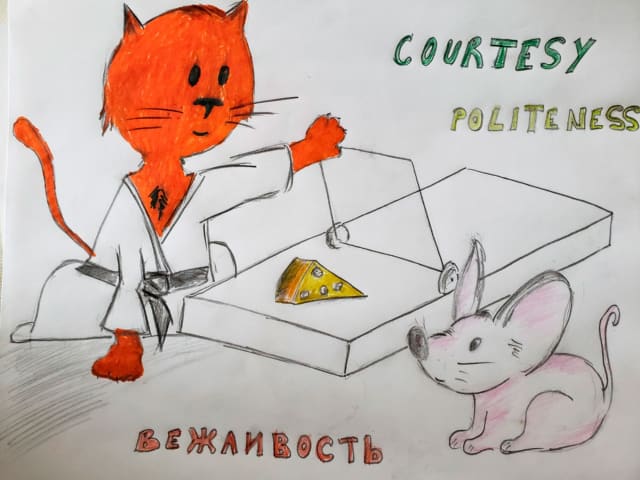 But what is it for? First of all, it facilitates social relationships by authorising those who use them to have cordial, respectful and balanced exchanges. It makes it possible to locate individuals socially in relation to each other. Thus, one does not address oneself or others identically when speaking to their spouse, their children, their boss or their judo teacher. Using the codes of politeness, we send signals to our interlocutor to tell him or her how we view him or her. Our way of expressing ourselves reflects our education, our attitudes and our manners.

The non-essential character of politeness at first sight, therefore very quickly becomes a necessity if one wants to develop a life in a more harmonious society. Concretely, during social programmes which were developed in France in sensitive neighbourhoods during the 2000s, the judo teachers put in place the 'five pillars of politeness': hello, thank you, goodbye, please, you’re welcome. Any beneficiary of the programme, who was not able to recite those pillars and especially to apply them, could not enter the dojo. What appeared to be an automatic recitation quickly turned into a powerful tool for social cohesion between the children and with the judo teacher. The courtesy learned on the tatami was therefore transported outside the dojo, in the school or family environment. 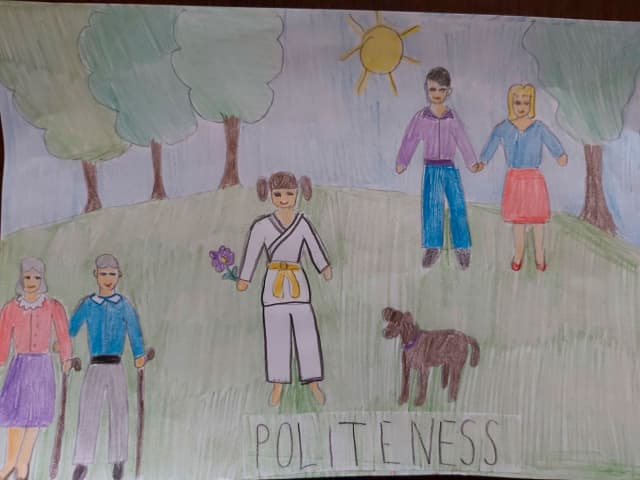 As we have seen, politeness is not offered on a tray at birth, yet scientists believe that with humans at least, there would be an innate dimension in the observation of good manners,l and that's what would make us, human beings, social animals.

By delving more deeply into the concept of politeness, a distinction is drawn between civility and politeness. The first is the conventional affability that appears when we observe the standards in use in a given society or group of people, while the second is the specific civility which consists in doing nothing and saying nothing that may displease others, even to do and say whatever they like. According to the philosophy professor, Philippe Raynaud, “Politeness is the charm of social relationships."

Civility is a disposition acquired by education which is potentially universal as an extension of human sociability. Politeness therefore becomes the most refined form of civility. It promotes easier, more seductive, more attractive relationships. As such, there is a risk that it will become suspect as it may be tainted with hypocrisy and obsequiousness and may in some cases lead to a form of discrimination. 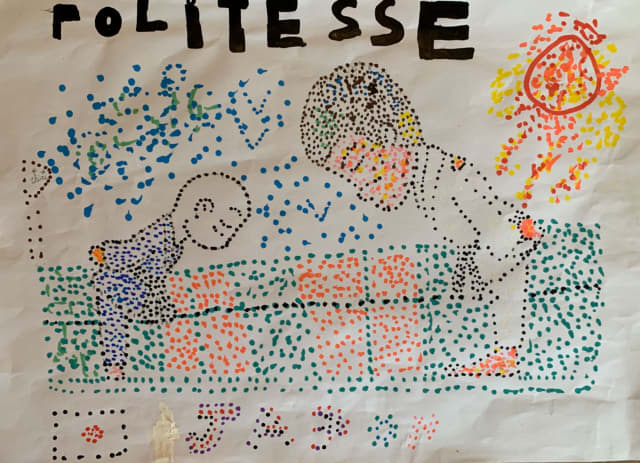 Indeed, with politeness locating us socially in relation to each other, not observing it can be considered recklessness or even as an insult. Ignorance of the rules of politeness of a group in which one sets foot for the first time, can cause the offender to be rejected, when on the contrary, he or she should or could be integrated. The judo teacher must therefore be careful not to exclude anyone on the pretext that he or she does not yet know the rules of the group.

The paradox of the need to observe the rules of politeness comes from the fact that everyone knows and understands that it is necessary for peaceful relationships but that nobody can really explain why in a scientific way. It is clear that all human groups develop their own codes. Some aspects are more or less common to all, but there are marked differences from one culture to another and from one social background to another. 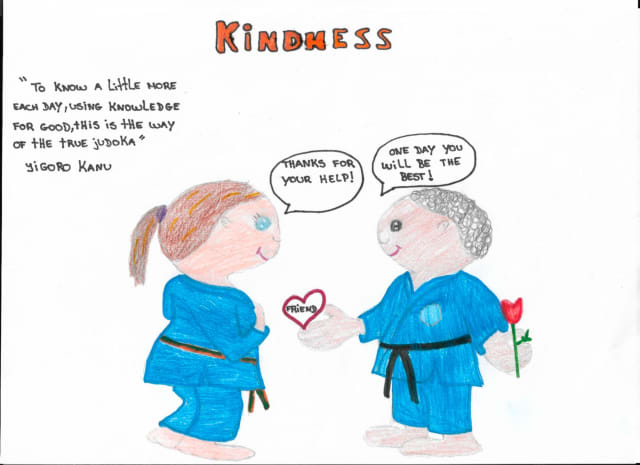 When children arrive for the first time on a tatami and are interested in the practice of judo, one of the teacher's missions is to create the necessary conditions for the practice in common, with respect for each one and especially in the respect for the differences. Being polite when putting on the judogi is also that. So it's not just knowing how to say hello and goodbye, it's also being able to listen to and respect others, while being able to assert who you are. So it is possible to teach, through the practice of judo, the ability not to argue for no reason. Children can learn that, “I will not argue when I disagree with someone. Instead of arguing I can say that 'I disagree because ...', 'I have a different opinion', 'I understand what you are thinking, but I think ...'.

Author, photographer and director of documentary films Chris Marker said that, “humour is the politeness of despair.” When we practise judo, let us rather keep our ability to smile at life and teach our children that "the way they are educated will be the way they love.”