Because he is Iliadis

By Pedro Lasuen on 23. Jan 2020
Share
There are approximately one hundred and fifty of them. They are training in the warm-up area in a kind of wild ballet, side by side, in a relaxed atmosphere, full of energy, nearly silent. Until one voice, powerful and full of authority bursts into the midst of chaos. It is the voice of a Judo legend, it is the voice of Ilias Iliadis, and it can only be compared to the sounds of a cannon shot.

"How are you my friend?" his voice booms. Meeting Iliadis in an enclosed area is almost like coming face to face with a bear. He walks fast, as if he was in a cavalry charge, ninety kilos of pure muscle approaching at full speed. And the famous hug, a bear hug and a dazzling smile.

It is impossible to get bored with Iliadis. He distributes humor, jokes and more jokes. Always smiling and attentive to all. He is famous, but easygoing.

"I don't know about you, but I'm here working." With the Greek there are no long introductions, and Iliadis is no different. He is straight as an arrow.

The whole planet Judo knows him. And a good part of those who don't practice, too. For the others, all they need to do is read his medal list, and then they will know who we are talking about.

Iliadis is a three-time World champion and Olympic Gold medalist in the Athens in 2004. In other words, he is one of the greats of this sport because, beyond the titles, he is the quintessence of exquisite and spectacular judo, an absolute model for future generations.

Since his retirement, Iliadis has done everything. We saw him in Chechnya, where he traveled everywhere as an advisor to the International Federation. For the last three months, he has continued his new life, this time, as the head coach of Uzbekistan.

“It is difficult,” he begins, “much more than being a judoka. When you compete, even at the highest level, you take care of yourself, your judo and the opponent. Now, from the outside, I take care of everything.”

“Everything” means that Iliadis trains his judoka, teaches them to win and behave properly when they lose, in accordance with the values of judo. “Food, sleep, travels, training, logistics. It's 24 hours of work every day of the week”. Iliadis pauses and adds, “but I love it,” he throws at the same time as he lets out a laugh that sounds like a roar.

Iliadis teaches, learns, and has no qualms about admitting it. “This is a continuous learning, an exchange. It's judo”. 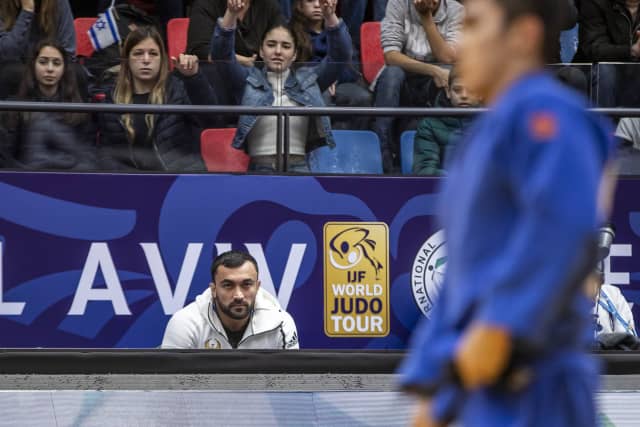 When we ask his pupils, we ask Iliadis to go a few meters away, so that they speak openly. They laugh and talk, little and just as honestly as their illustrious coach.

"He motivates us a lot, teaches us all to take all aspects into account”.

They are excited about the new coach. “Because he shares his experience, because he treats us great. Because he is Iliadis,” they end, and that says it all. 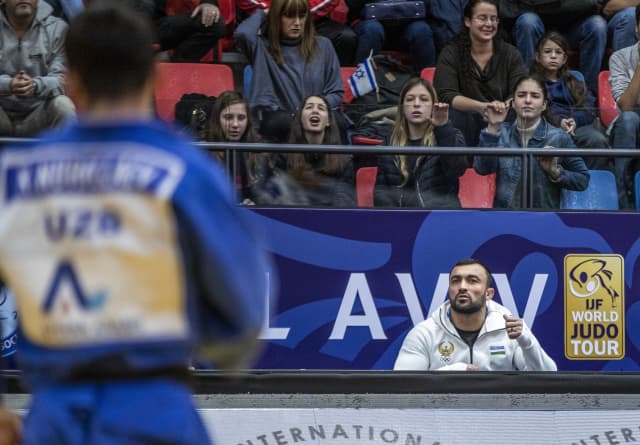 We have one thing left to do, observe the Greek in the coach's chair, monitor his body language and volcanic character. The truth is that, continues to surprise us every day. We expected to see a coach biting his nails and struggling to control his emotions. But Iliadis responds with exemplary behavior. His self-control is exemplary, as even though he is boiling on the inside, only a couple of faces emerge.

The results and the absence of Uzbek medals after the first day of the Tel Aviv Grand Prix do not matter. Iliadis has seen and memorized everything, and everything will be analyzed to improve, to transmit the fabulous judo that circulates through his veins.

"Ok, see you". He says goodbye with a slap on the back, capable of dislocating several muscles, and that genuine smile, the smile of Ilias Iliadis, the coach. 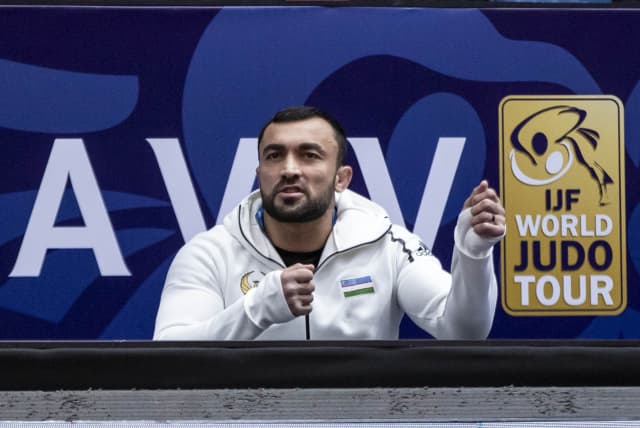 News
A Legend, a Giant, a King: Riner wins gold in Morocco

News
THE DYE IS CAST

News
Why the Openweight World Championships matters in 2017