A Tree for Hope

Written by Nicolas Messner on 19. Oct 2019
Share
The World Judo Day (WJD) is fast approaching, as it is on October 28th that the judo family will gather together around the world to celebrate the founder of judo, Master Jigoro Kano, and the values ​​of our sport.

Launched in 2011, at the initiative of the International Judo Federation, the WJD takes place on October 28 (birthday of the founder of Judo) every year. In 2019, the chosen theme is 'Plant a Tree'. Several initiatives were already launched in Italy, Russia, France or Kiribati.

On the sidelines of the Junior World Judo Championships held in Marrakech, Morocco, the IJF and the Moroccan Royal Judo Federation have made a contribution by planting a tree a few steps away from the competition venue. The ceremony was attended by Antonio Castro Soto del Valle, IJF Ambassador, Teodor Pop from the IJF Presidential office, Nicolas Messner, Media and Judo for Peace Director, Leandra Freitas, Judo for Children Commission, and Dr. Khalid El Boussiri, vice-President of the Royal Moroccan Judo Federation. 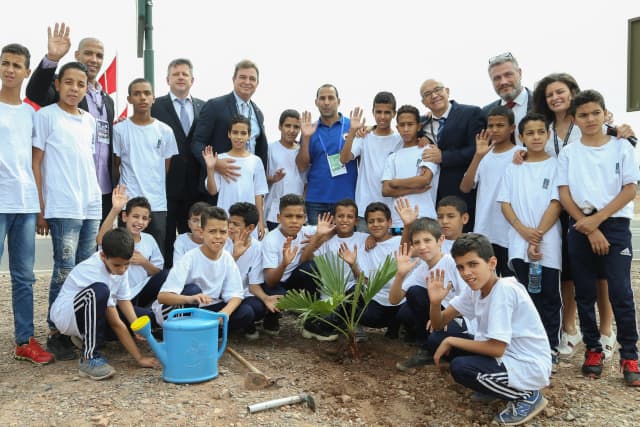 The planting of the palm tree was done by the orphans of an institution of Marrakech, practicing judo under the responsibility of Khalid El Hajji.

Antonio Castro said: “I had the best feeling possible during the ceremony. Children are the future and we can help them to save the planet through the values of judo. Every woman and every man should plant a tree in their life, because we need to take care of our common planet."

"It is our mission to give to our children a good place to live in. If we don't do anything for our world, then we won't have any future. It is as simple as that. It doesn't matter where you come from, we are living on the one planet."

"You know in Cuba we have a saying that every human being shall do three things within a lifetime: Have a child, write a book and plant a tree. Today we planted a tree with children and we talked about the judo values. This is a very emotional moment." 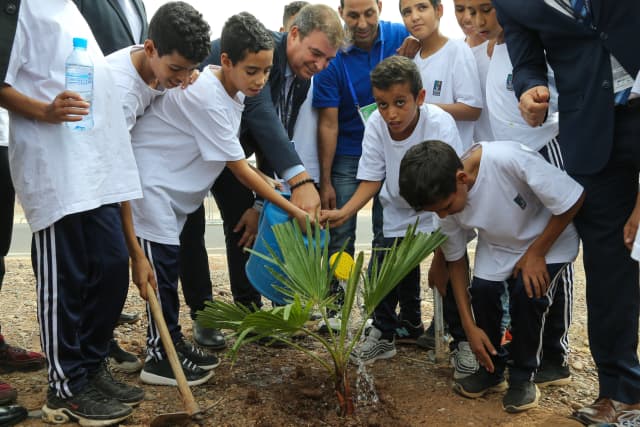 Khalid El Boussiri declared: “It is really an excellent idea and initiative. On October 28, we will come back with the children, and we will check the tree. We will take pictures in judogi in front of it. The gardener of the hotel, next door, also promised that he will personally have a look to make sure that everything is ok."

"We have to get associated with such an initiative that will take place throughout the world. Today we planted one tree, but we have to plant millions of trees around the planet. It is a symbol of judo and peace. It is important that those orphans could participate today. They don't have parents, but they have judo and judo is their family. They have participated in the ceremony, and symbolically they have contributed to a great idea. It is a landmark for them and maybe it will give them the idea to go plant trees in other places.“ 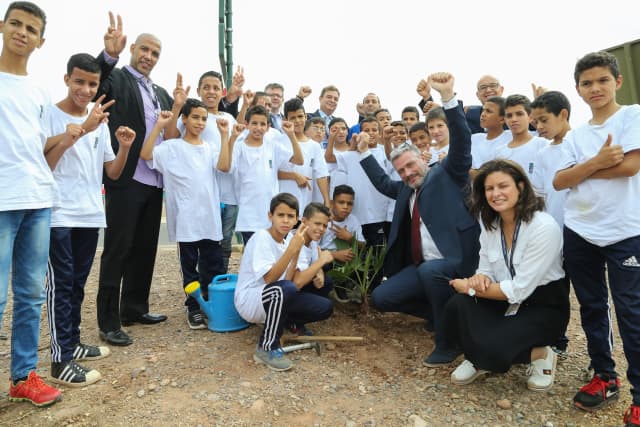 There was a lot of laughter during the ceremony but also a lot of emotion. Beyond the tree that was planted in Marrakech, all the children will go back to their institution tonight with the hope that they can live in a better world.