Austria, Belgium and Sweden join the winners on day 2 in Mexico

Written by Mark Pickering, Gabriela Sabau on 14. Oct 2018
Share
Austria, Belgium and Sweden won their first gold medals at the Cancun Grand Prix 2018 as 21 countries have now medalled after two days of competition in Mexico.

Antalya Grand Prix gold medallist Magdalena KRSSAKOVA (AUT) completed her Grand Prix hat-trick with victory on day two in Mexico. Former Tyumen Grand Slam gold medallist Catherine BEAUCHEMIN-PINARD (CAN) took silver as KRSSAKOVA won her third Grand Prix gold and the most important title of her career. The final was decided when the Canadian judoka was penalised with her third shido for a gripping infringement after keeping two hands on one side for too long without attacking. 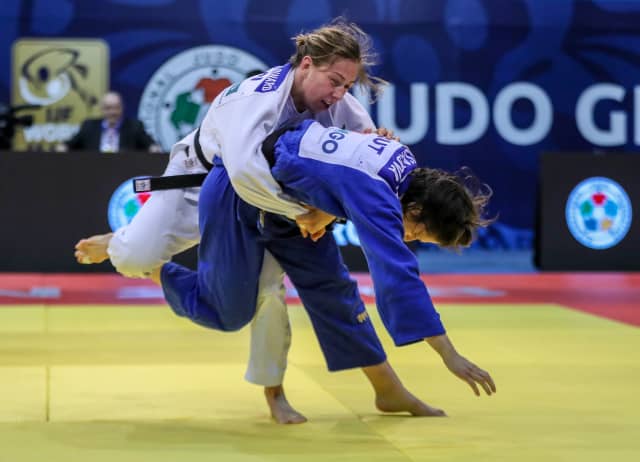 Teammate and world number eight Kathrin UNTERWURZACHER (AUT) was the top seed but lost out in her opening contest against Britain’s PIOVESANA.

In the first semi-final BEAUCHEMIN-PINARD proved too strong for world number nine Katharina HAECKER (AUS) as the Canadian progressed by a waza-ari score which was the only time the scoreboard was called into action in the four minute contest. In the second semi-final Tbilisi Grand Prix bronze medallist Lubjana PIOVESANA (GBR) was second best against KRSSAKOVA. PIOVESANA opened the scoring with a waza-ari from a ko-soto-gake before her Austrian rival replied with a ko-uchi-gari for a waza-ari of her own. In golden score PIOVESANA went for a ura-nage but was countered for ippon.

The first bronze medal contest pitted teammates and training partners against each other as world number 25 Amy LIVESEY (GBR) faced world number 30 PIOVESANA. SKK Judo Club’s LIVESEY defeated her compatriot by a single waza-ari score from an o-uchi-gari in a result which keeps the Merseyside judoka ahead of her younger teammate on the IJF World Ranking List. A third Grand Prix medal for LIVESEY was her country’s first medal in Cancun and it was no surprise that Great Britain’s flourishing women’s team was the source. 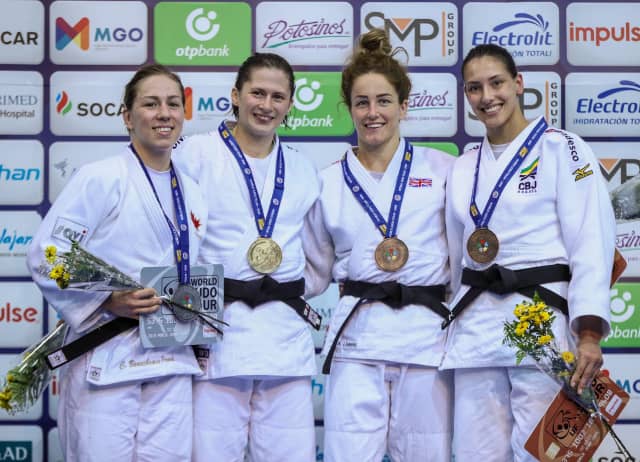 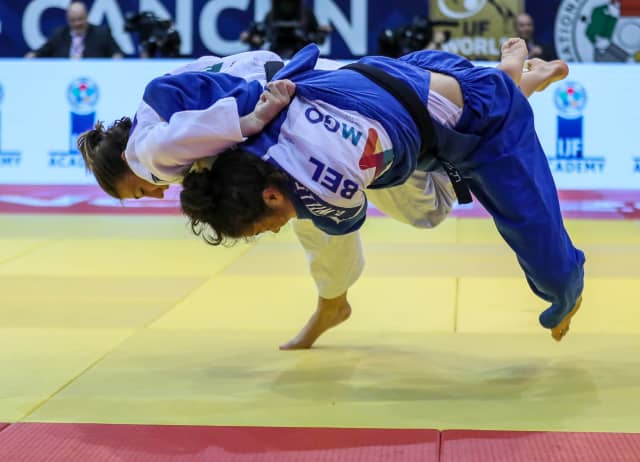 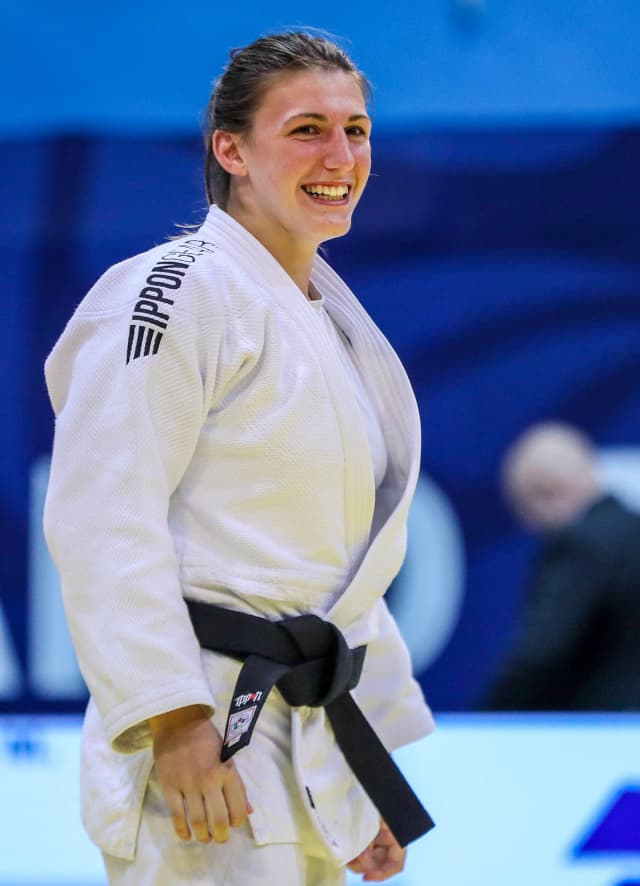 In the second semi-final WILLEMS defeated former world number one Kelita ZUPANCIC (CAN) by a waza-ari score in the scalp of her career to guarantee her first IJF World Judo Tour medal.

The first bronze medal was awarded to ZUPANCIC who held down Olympic bronze medallist Laura VARGAS KOCH (GER) with a sankaku-gatame for 20 seconds and ippon. VARGAS KOCH was powerless to resist her Canadian opponent on the ground as ZUPANCIC won her 10th Grand Prix medal while her German opponent still has time to capture her first IJF medal of 2018 with a busy schedule ahead to conclude the year.

The second bronze medal was won by former Tashkent Grand Prix winner Daria POGORZELEC (POL) who threw PROSDOCIMO with an o-soto-makikomi for ippon after two minutes of added time. POGORZELEC won her fourth Grand Prix medal and denied her Italian rival a first on the IJF World Judo Tour in a closely fought contest. 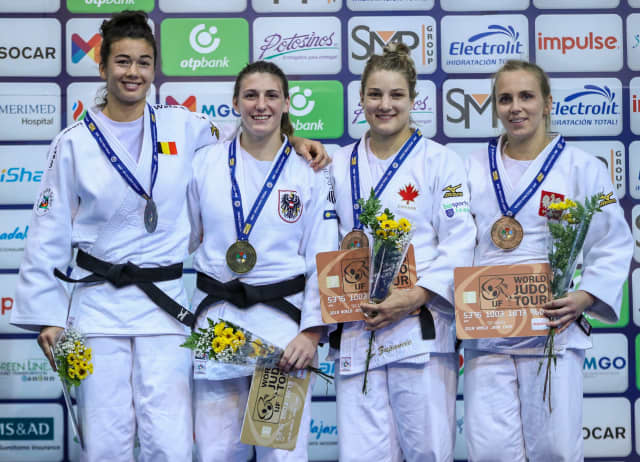 World number seven Tommy MACIAS (SWE) beat former World Judo Masters gold medallist Denis IARTCEV (RUS) at this own game as the Swede used his clever footwork and lethal ashi-waza to win his second Grand Prix title. The top seed, who won the Antalya Grand Prix in April, threw with a o-uchi-gari and ko-soto-gari and scored a waza-ari on each occasion in a thrilling display. MACIAS won all four contests by ippon and is now on course to move further up the rankings while IARTCEV will rue his errors and will aim for an opportunity to redeem himself in the remaining few months of the year. 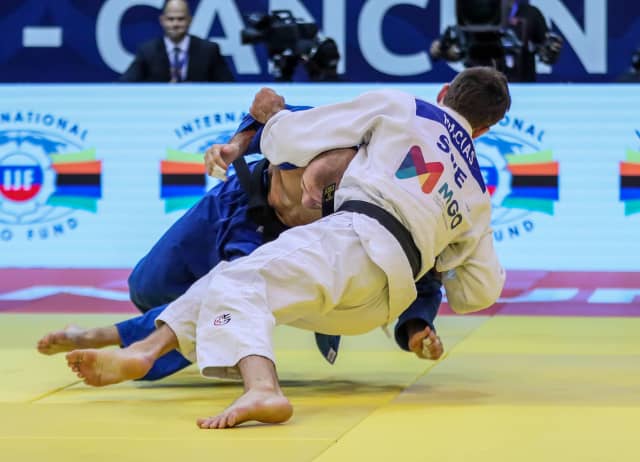 In the first semi-final MACIAS defeated two-time Grand Prix bronze medallist Eduardo BARBOSA (BRA) who picked up a third shido for a false attack after 38 seconds of golden score. In the second semi-final defending Cancun Grand Prix winner Marcelo CONTINI (BRA) lost out to IARTCEV by a waza-ari score from a cutting de-ashi-barai which is the Russian’s trademark. 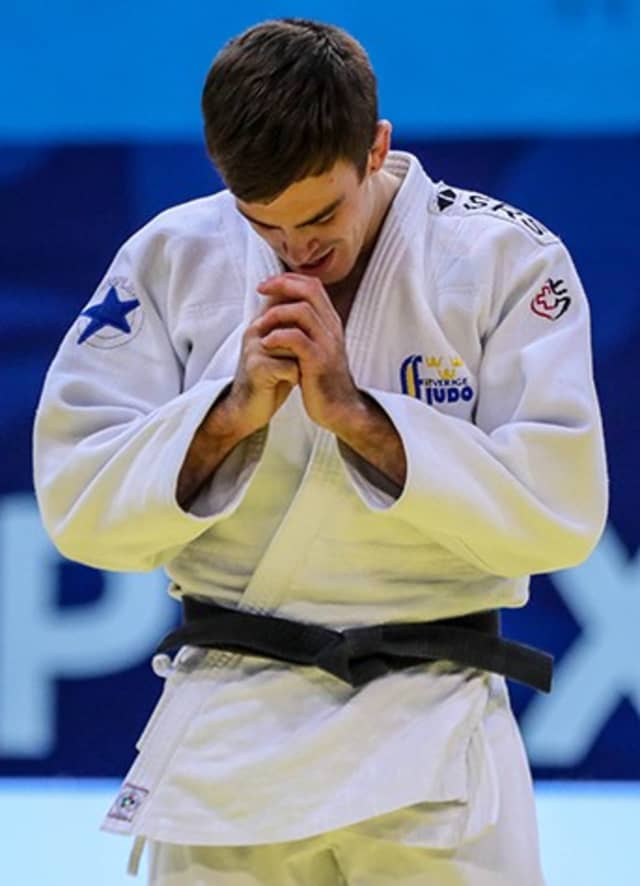 The first bronze medal was won by CONTINI who submitted Alonso WONG (PER) with a juji-gatame. World number 39 WONG won bronze in Cancun last year but had to settle for fifth-place this year as the Brazilian was sharper on the ground and won a richly-deserved medal. WONG appeared to be suffering from cramp in his right leg and CONTINI made sure that his opponent was ok before leaving the tatami.

The second bronze medal went to Tokyo Grand Slam silver medallist Arthur MARGELIDON (CAN) who outfought BARBOSA. MARGELIDON scored twice to control the contest and the destination of the final -73kg bronze medal as he first threw with a sumi-gaeshi and then countered the Brazilian with te-waza for his second and match-winning waza-ari. 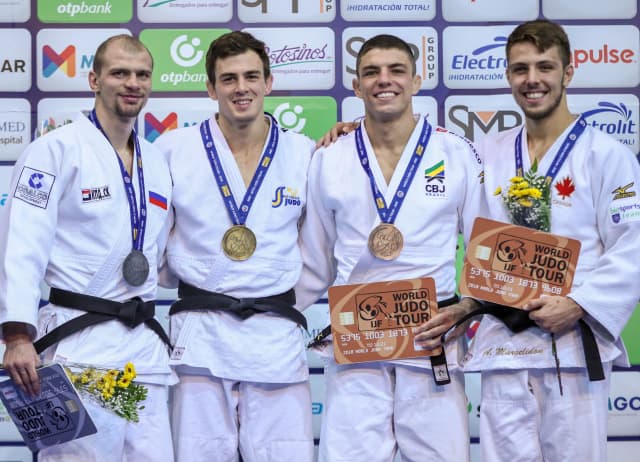 European Championships silver medallist Sami CHOUCHI (BEL) secured his first IJF World Judo Tour gold medal at the expense of former world bronze medallist Victor PENALBER (BRA). CHOUCHI starred during the preliminaries with his trademark uchi-mata lighting up the competition. In the final PENALBER appeared to pick up a leg injury and was fighting on adrenaline. The Belgian capitalised with a juji-gatame which the Brazilian promptly tapped out to for his country’s first gold medal in Cancun. 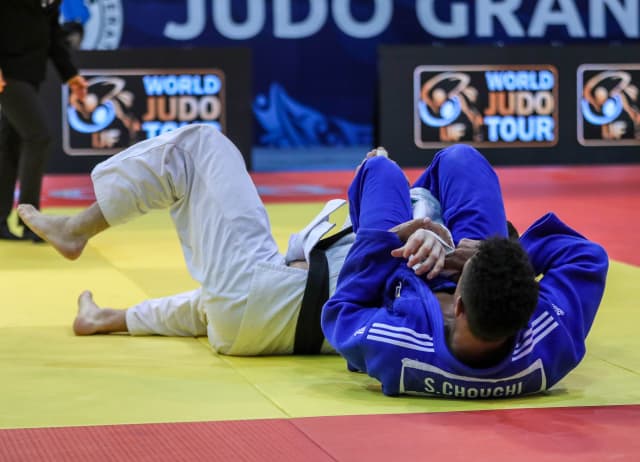 In the first semi-final PENALBER squeezed past Madrid European Open gold medallist Tim GRAMKOW (GER) by a waza-ari score to make sure that he would add to Brazil’s medal tally on day two. In the second semi-final Budapest Grand Prix gold medallist Alan KHUBETSOV (RUS) fell to CHOUCHI as he received his third shido for passivity after six minutes of golden score.

The first bronze medal was won by Paris Grand Slam bronze medallist Frank DE WIT (NED) against KHUBETSOV after four minutes of golden score. Number one seed DE WIT was a shock casualty in the preliminary rounds at the World Championships as he lost his first contest against Medickson DEL ORBE CORTORREAL (DOM). The Dutchman was back amongst the medals today with a gutsy effort in golden score against KHUBETSOV as he controlled the upper body of the Russian to send him over for a waza-ari score.

The second bronze medal went to GRAMKOW who earned his first IJF podium with a stylish win over Etienne BRIAND (CAN). BRIAND, who took silver in Cancun a year ago, was dismissed by the German judoka who scored twice in the closing stages to win Germany’s first medal in Mexico. GRAMKOW wrapped up an impressive win with 32 seconds left on the clock by countering his Canadian rival for his second and match-winning waza-ari. 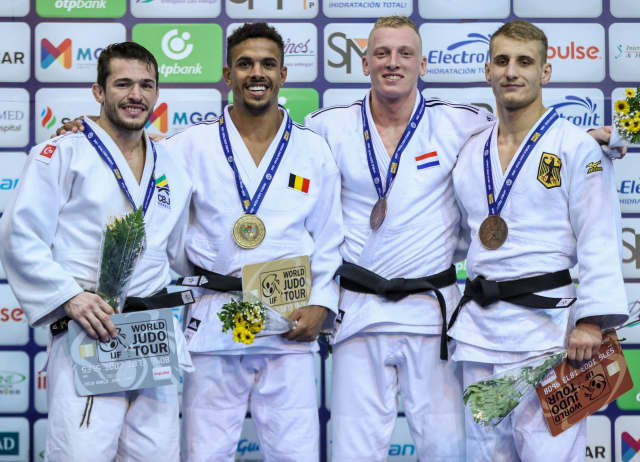 Interview
Julien Goes Around the World (8)

Athlete Stories
From Veterans to Seniors

News
Ronaldo Veitia: A legend of Judo Has Passed Away