Written by Christian Pierre, Emanuele Di Feliciantonio on 07. Jul 2019
Share
The action at the Montréal Grand Prix is not limited to the magnificent throws and sweeps on the tatami inside the Maurice Richard Arena in the Montréal Olympic Park. 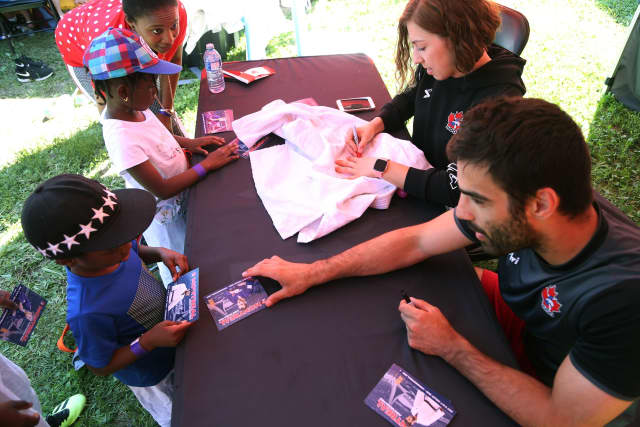 Canadian judokas at the autograph booth

Indeed, during the breaks the many fans attending the inaugural event can experience some more judo fun outside the competition venue as Judo Canada together with Judo Québec has put up a real fan village. Here, young kids or even adults can try-out judo in the central tent where a tatami is spread out.

Kids can jump and climb on the inflatables or play some games. The genuine judo fan can stand in line to get an autograph from one of the Canadian medalists of the last couple of days. On Saturday, Youppi, the popular fuzzy mascot of ice hockey club Montréal Canadians was present as well. 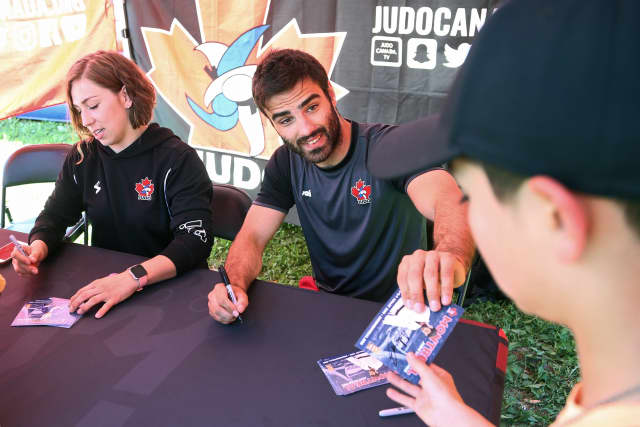 Canadian judokas at the autograph booth

And of course, food trucks and judo gear promo booths complete the picture of this fun village in front of the Maurice Richard Arena.

“IJF is enchanted that Judo Canada put this fan zone into place,” says IJF Media Director Nicolas Messner. “This set-up is a great way to create the right fan atmosphere around judo competitions and also keeps the fans 100% interested throughout the whole competition day.”