Azeri man HEYDAROV on fire in the land of fire

By Mark Pickering on 11. May 2019
Share
Use #JudoBaku to join in with the social media discussion

Three-time world medallist TASHIRO Miku (JPN) claimed Japan’s first gold medal at the Baku Grand Slam 2019 as the Japanese number one extended her perfect winning record over Olympic champion Tina TRSTENJAK (SLO). Current world silver medallist TASHIRO, who finished fifth at the Rio 2016 Olympics, forced TRSTENJAK to pick up two shidos and swiftly subdued the owner of the gold -63kg backpatch with a juji-gatame and the Japanese will be a leading contender on home soil for the World Championships in August. 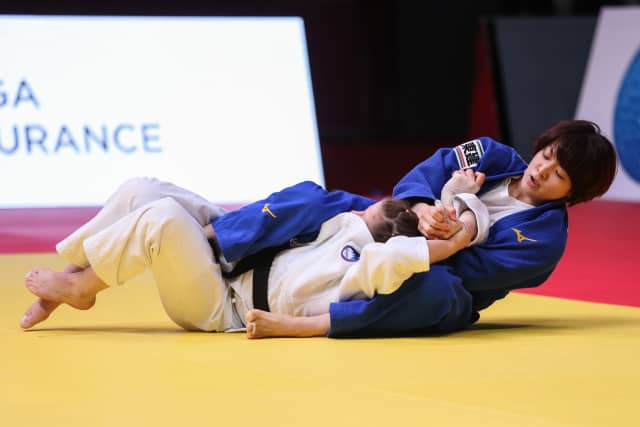 In the first semi-final TRSTENJAK defeated European Games winner Martyna TRAJDOS (GER) who was disqualified after picking up three shidos. In the second semi-final TASHIRO bested Tbilisi Grand Prix winner Sanne VERMEER (NED) by tapping out the Dutch judoka with shime-waza outside the contest area.

The first bronze medal contest was won by Abu Dhabi Grand Slam gold medallist Juul FRANSSEN (NED) who beat colleague VERMEER by the smallest of margins as a single waza-ari was the difference after four minutes of competitive action. An opportunistic sode-tsurikomi-goshi gave the more experienced Dutch judoka a vital win and medal in the opening contest of the final block.

The second bronze medal was won by TRAJDOS who threw Ekaterinburg Grand Slam bronze medallist BOLD Gankhaich (MGL) with a uchi-mata for a waza-ari score and wrapped up the win with osaekomi-waza as the Mongolian could not escape a kesa-gatame hold. 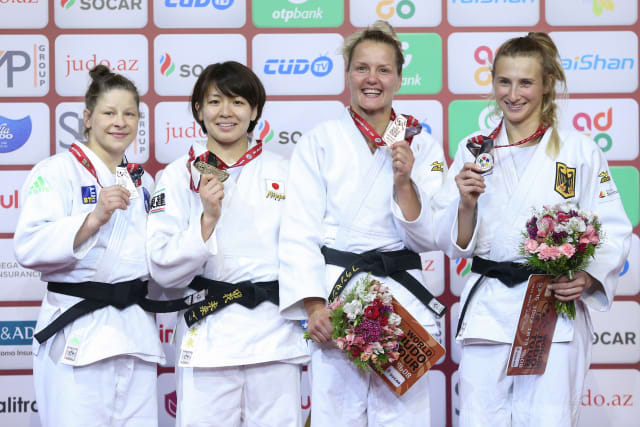 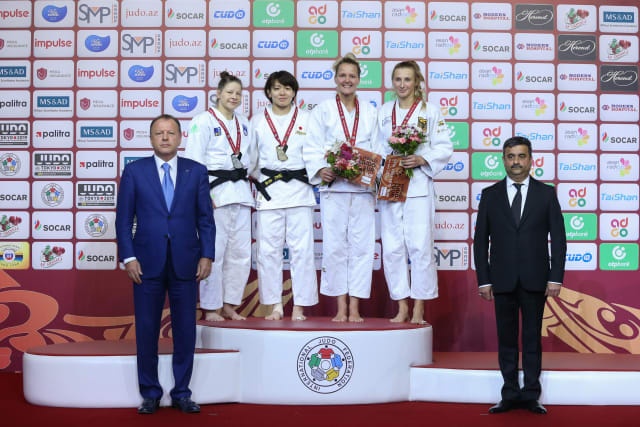 Two-time and reigning world champion ARAI Chizuru (JPN) won her sixth Grand Slam gold medal at the expense of Tel Aviv Grand Prix gold medallist Anna BERNHOLM (SWE). ARAI, who is now undefeated on the IJF circuit since May 2018, fought like a world champion and will be the overwhelming favourite in Tokyo this August as she bids for a third consecutive title. ARAI threw BERNHOLM with a o-soto-gari for a waza-ari score and held down the Swedish talent for 10 seconds for Baku gold. 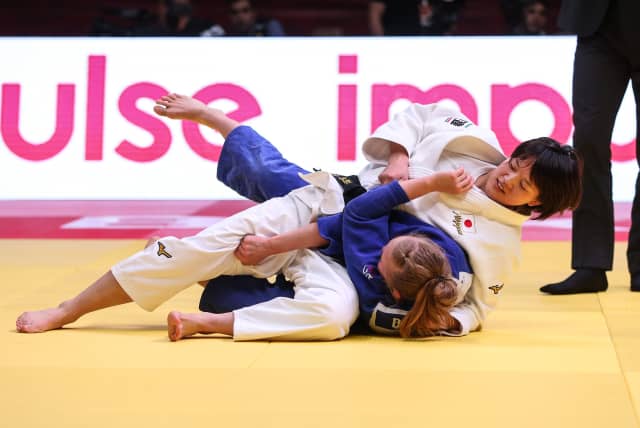 In the first semi-final ARAI saw off two-time world medallist Maria BERNABEU (ESP) by ippon with 47 seconds left to advance to the final as widely expected. In the second semi-final World Judo Masters bronze medallist Michaela POLLERES (AUT) was second best against BERNHOLM who prevailed by ippon.

The first bronze medal was awarded to European Championships bronze medallist Gemma HOWELL (GBR) who fought past POLLERES for a place on the podium. Wolverhampton Judo Club product HOWELL controlled the contest and won by a waza-ari score to win her first Grand Slam medal.

The second bronze medal was won by BERNABEU after Antalya Grand Prix bronze medallist Miriam BUTKEREIT (GER) was given her marching orders in golden score for a third shido for passivity. 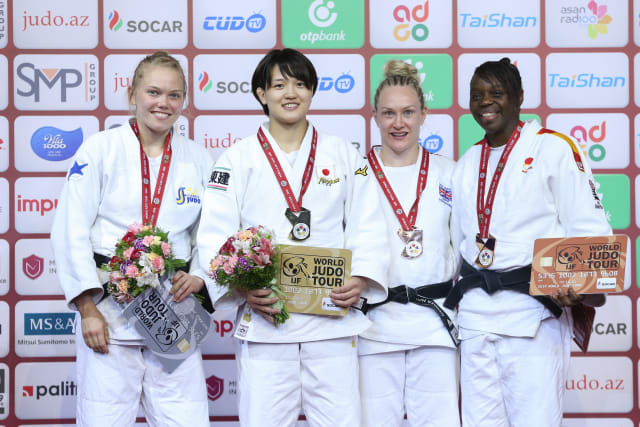 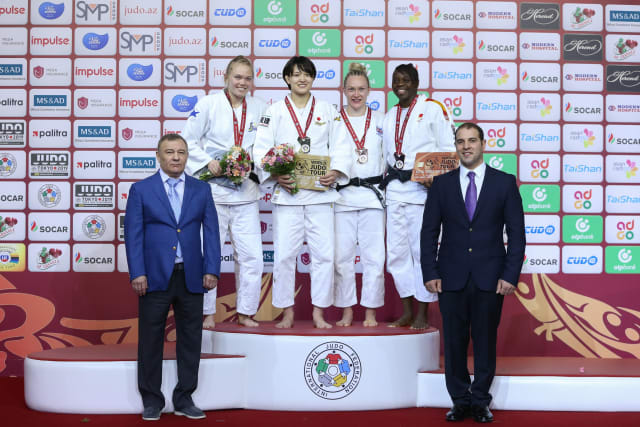 -73kg: HEYDAROV leads trio of Azeri on the podium

World bronze medallist Hidayat HEYDAROV (AZE) won his home Grand Slam for the first time as he beat Tel Aviv Grand Prix bronze medallist Tohar BUTBUL (ISR) in a nervy -73kg final. The former European Championships gold medallist won his first IJF World Judo Tour medal in ideal fashion as he used the home advantage and encouragement of the crowd to fuel his charge to victory in Baku. HEYDAROV was awarded the win after BUTBUL was reprimanded with this third shido for passivity after three and a half minutes of golden score. 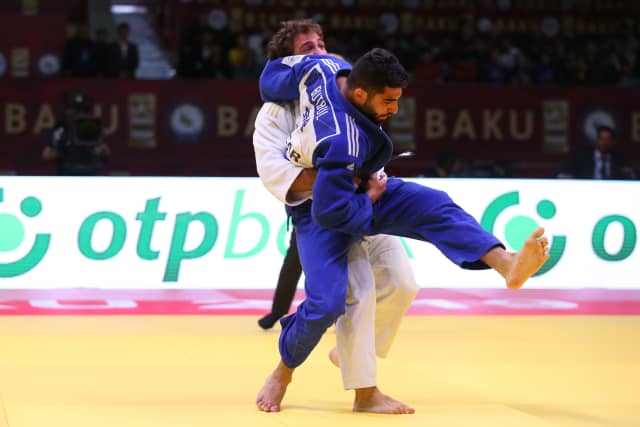 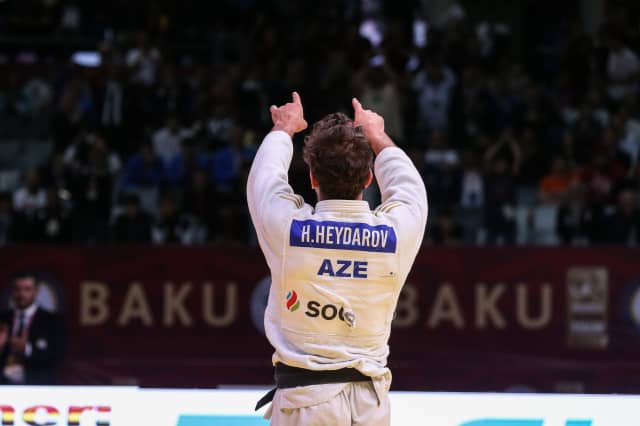 The first bronze medal was won by VALIYEV who beat Tbilisi Grand Prix bronze medallist Denis IARTCEV (RUS) at his own game with a majestic sasae-tsurikomi-ashi for ippon. Azeri hope VALIYEV produced one of the moments of the day against one of the most experienced and accomplished judoka in the weight category. 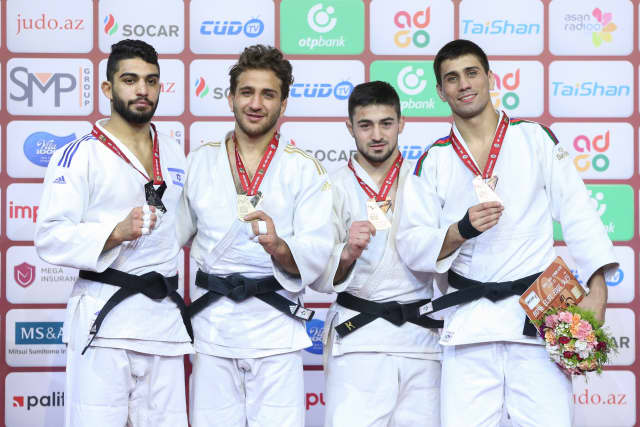 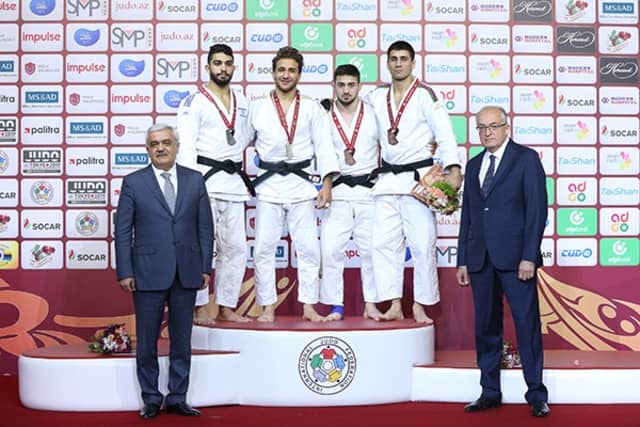 Ekaterinburg Grand Slam Sagi MUKI (ISR) has positioned himself as a major contender for World Championships glory this summer after earning his fourth Grand Slam gold medal in Baku. MUKI won his third gold medal of the season with a calculated victory over Marrakech Grand Prix gold medallist Ivaylo IVANOV (BUL). The spectacular thrower from Israel delivered once again as he launched his Bulgarian rival with a huge hip throw for ippon in golden score. 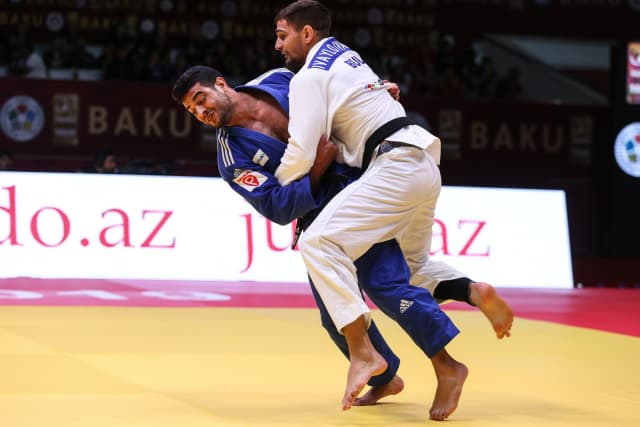 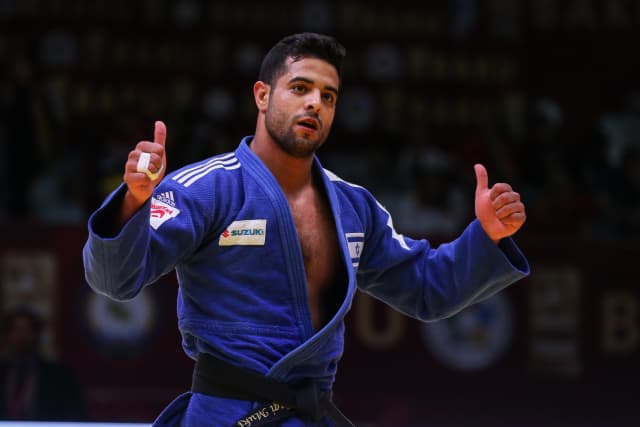 The first bronze medal was won by CASSE after Paris Grand Slam bronze medallist Alan KHUBETSOV (RUS) was dismissed. CASSE outlasted his Russian rival in golden score as the world number 11 was penalised for passivity for the third time and was disqualified.

The second bronze medal went to GRIGALASHVILI who defeated Marrakech Grand Prix bronze medallist Alexios NTANATSIDIS (GRE) with a trademark ura-nage for ippon with one minute left on the clock. 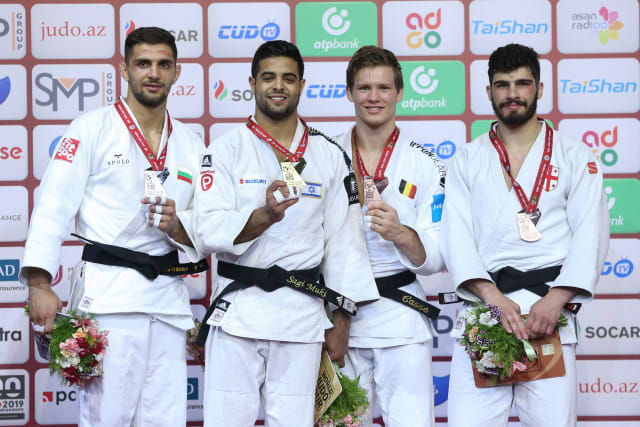 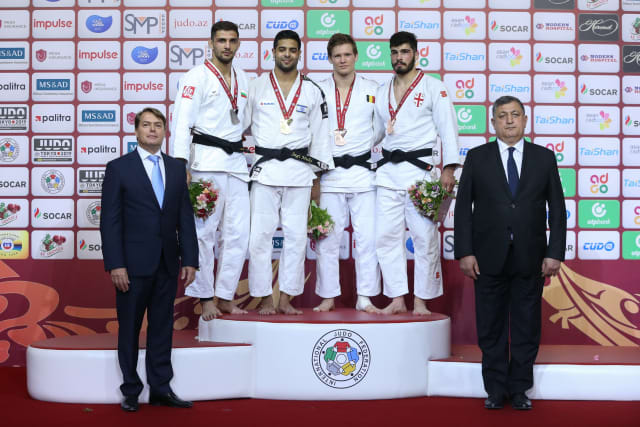