Written by Jo Crowley on 12. Feb 2019
Share
How we view what lies ahead has a big impact on how much we can achieve. Neil Adams, 9th Dan, double Olympic medalist, World Champion, IJF Supervisor has lived his sporting life always keeping this philosophy in mind. The self-fulfilling prophecy of success is prominent in his planning, as one of judo’s most successful international athletes of all time and in every role since.

Why is Neil’s perspective so important for today’s athletes? Maybe because he knew how to get there? Or because he won so many milestone medals? Not so much!

Neil believes he had a lot more to give and a greater potential than his record shows. Hard to believe? But when delving deeper into the five-time European Champion’s memories, there is a lot more to this idea than you might think.

Neil threw himself into training with an insatiable appetite to improve and to do more than any opponent could be doing. He said, “my coach would have to sit on me to stop me training! Of course, I trained through injury and through competition. We all did and on the whole that was a massive mistake.” He went on to describe how tired his body and mind were, often, leading into events on the world stage, but rest was never an option he allowed himself. 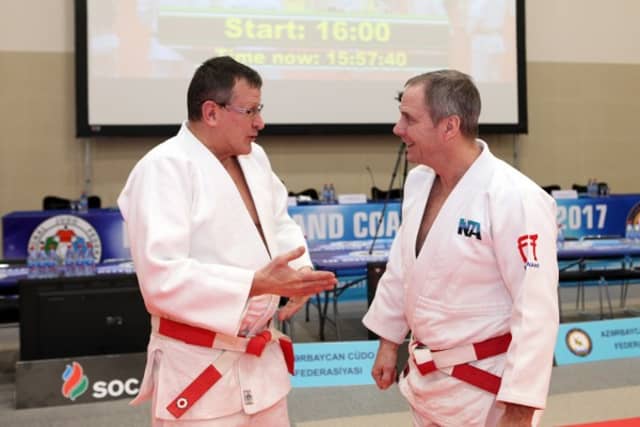 In 1983 Neil had knee surgery for cartilage issues, but was back in a kayak within two weeks, pushing himself to be ready for a European Championships only a few more short weeks down the line. He won that Europeans but still isn’t sure he approached it in the right way. When asked if he could reflect on that time and maybe accept that this training ethic is what set him apart and enabled him to achieve all those medals, his response was simple, “no, I could have achieved more...” Now, looking back, he knows that with better nutrition, an acceptance of rest and recovery as necessary parts of an elite programme, he could have been an even stronger judoka than he was.

Neil acknowledges he did lots right but so wants today’s young stars to take better care of themselves than our heroes of past decades did. Many of us grew up reading about the warrior hearts of Adams and his contemporaries but so few sports practitioners have talked about the value of planned recovery and also of planning for injury.

When asked if he had ever had that one injury he thought he might not recover from, that really knocked him psychologically, there was a long pause, a silence. Eventually I jumped back in, “you’re not that guy are you Neil?” And he sighed, “no, no that’s just not me. I’ve always planned for how I would recover, never if I would. That personal belief is vital.”

Now, two weeks post-op having had a knee replaced, Neil speaks with urgency of his preparation for injury and surgery and recovery. “With every operation that I have ever had I have always followed a strict training regime in order to prepare myself with cardiovascular training and work on the muscle groups surrounding the specific area that is to be operated on. This then enables me to pick up quicker on the recovery and rehabilitation. You have to plan for it, you have to, to keep your fitness and strength up so you can recover efficiently” 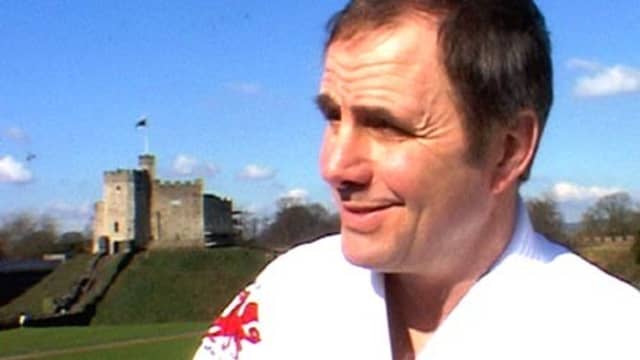 He plans to be back on the judo mat demonstrating at seminars in the coming weeks. “Do whatever you can to keep fit prior to surgery. It pays dividends. I’ve been using a Versaclimber and rowing machine with my 3 good limbs (he laughs) straight out of hospital and I can manage it because I was so fit before the surgery. I planned for it!” 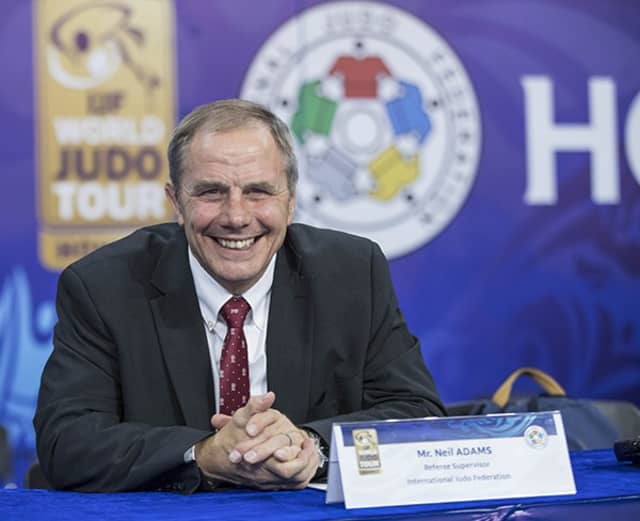 Planning, rest and belief are the resources all judoka must have in their kit bags. Injuries happen, but detailed preparation and an unbeatable spirit win out in the end.

Neil returned to duty at the IJF World Judo Tour event in Paris over the weekend where he resumed his IJF Referee Supervisor role.