Written by Pedro Lasuen on 07. Oct 2021
Photographs by Jakhongir Toshpulatov
Share
They say that being a father is the hardest job in the world. When father and son work together, things get complicated. If, in addition, there are two children instead of one and the father is the boss, the issue is delicate. In Olbia, the United States has set the bar very high with the Rodríguez and Yonezuka families. 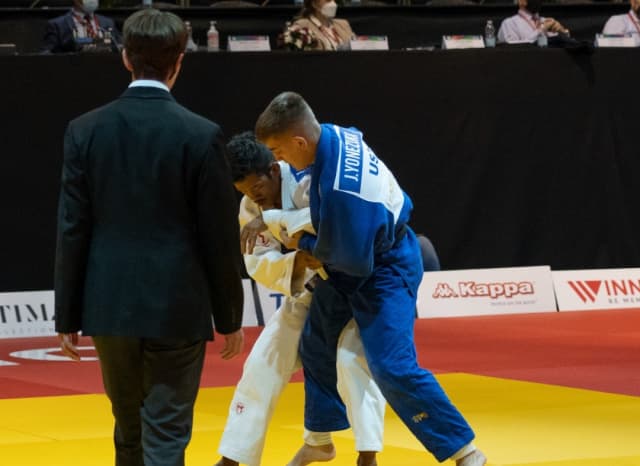 To be honest, the United States has staked everything on the youth and it is understandable. The country will host the 2028 Olympic Games and the judo federation wants to be there with a competitive team. It is a long-term task. You have to be constant and patient, faithful to the established plan. The road has taken shape in Italy.

Olbia hosts the Junior World Championships and the United States has travelled in a big way, with an impressive delegation of 18 athletes and 8 coaches, which means that they take the matter very seriously. The issue is not only to win medals, but to build a team and a dynamic to fight for the medals in the most difficult tournament and also at home.

Eight coaches is a very high number and is rarely reached, even on the World Judo Tour. It attracts much more attention in the lower categories. That says a lot about the determination of the American Federation and private clubs. Then there is the composition of the team, the names and surnames. In the list we find three Rodríguez and as many Yonezuka. It is normal, because in addition to judo, they have blood ties. Two coaches, four children, a flag and a mission.

At the moment Daniel is away from the venue because his sons Nicholas and Dominic are preparing for the second day of competition. Both are registered in the -73kg category. It’s a double ration of stress; it is understood that the father can be tense like the string of a violin. Nicholas Yonezuka, whom we will call Nick, hoping he is not offended because his son is also called Nicholas, is here though and before we get closer we observe him from afar.

Nick is focused. His son Jack is fighting at –66kg against Jagadish Meitei Laishram (IND) in the first round. Nick occupies the chair reserved for the coach, barely moves, gestures very little and only speaks when the referee calls mate. It's not an easy fight for Jack but he ends up winning by osae-komi. 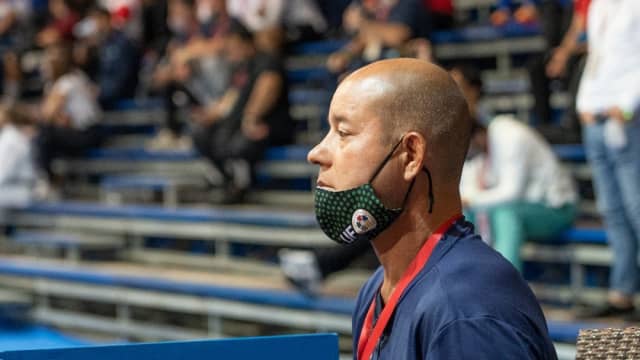 “Yes,” says Nicholas, “It's much more difficult to be a father and a coach because you have to combine the personal and the professional. I think that I am tougher with them, not because they are my children but because I know their limits. Instead, I can't be harsh with someone I don't know so well."

Jack and Nicholas listened and then it is their turn to speak. “I think it's good that my father is our coach because he wants the best for us. When we don't do well, he's not upset with us but for us and that's the difference,” explains Jack.

They speak naturally, without stress, seeming more like friends than family. Jack has had a positive day with two wins and a third round loss. “It was a mistake; I attacked looking for a waza-ari or at least a shido against my rival, the Mexican, Robin Jara. It's a shame but it's the classic mistake you learn from."

Nicholas has not yet put on his judogi as his category is –81kg and there are two days to go. “It is my first year at –81kg. At the moment I am doing well but I have not yet fought against the European judoka."

This is where the heart of the problem lies. Nick, the father, is clear. "Olbia is where it all begins: the path that should lead us to the Los Angeles Olympic Games in 2028. We are here to learn and to improve and then we will think about the World Judo Tour."

That is called a plan, but those who say plan also say budget and at this point the issue is not easy.

“I have a dojo in New Jersey and one or two small sponsors. Parents bring their children to me to learn values, discipline, sacrifice and to defend themselves. I don't have the financial capacity to cover the entire professional circuit,” confesses the coach. 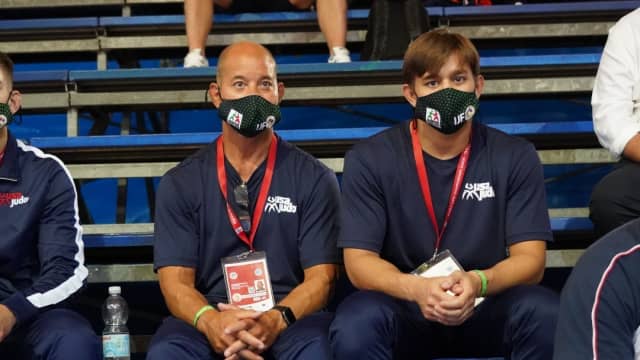 But the father who is also a coach does not back down; he has a strategy.

"First I want them to improve and then to go to the World Judo Tour." It is a practically compulsory, necessary learning stage, because the European and Asian programmes are more developed than the American ones. “It's normal," says Nick, "because in America judo isn't that popular yet."

For the United States to compete at home with guarantees, it must have resources and start now. "That is why we have come," say the three.

What they do know is that to learn and win you have to have fun on the tatami. They already have the values and are already stepping on European soil with their eyes wide open. It is a crucial first step. The rest, that part as inelegant as it is necessary, that is money, will come, somehow. Or not! But, if from this experience the Yonezuka family comes out wiser, American judo will too and by extension, so will all the rest.