Christopher Sherrington’s amazing Journey to Zagreb and through Life

Written by Christian Pierre on 28. Jul 2019
Share
Imagine. Your bags are packed, your passport and airplane ticket is in your pocket. You check your flight schedule. All seems OK and you drive to the airport on time to arrive with plenty of hours before check-in. But then … check-in never happens because your flight got cancelled … It’s what happened to Christopher Sherrington, a judoka from Great Britain competing in the +100kg category. 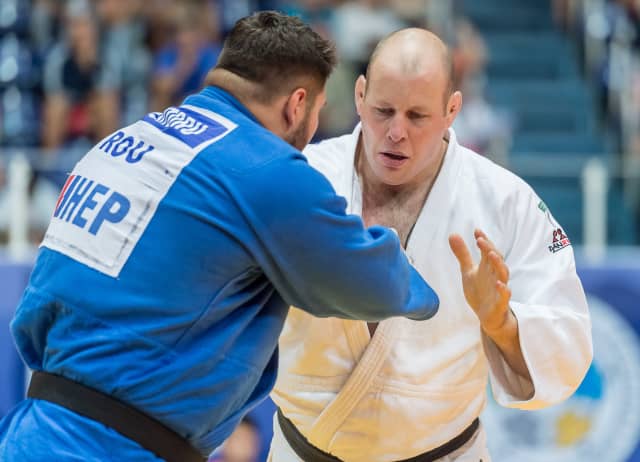 “When you compete in high level sports you lock down parts of your life, don’t you? And you try to remove all of the ifs, the buts and the maybes,” says Christopher Sherrington. “Your feeding and timing becomes regimented and you really narrow down what you do, not to waste any energy and … you book your flights in time. You book the best flights direct, so you’re relaxed. I always arrive at least a day prior to the competition to have a day to climatize.”

So, the judoka books his flight from main airport London Heathrow, left at 5 am in the morning and drove down to London from Cheltenham.

“It’s a two-hour drive mostly, I get down there, checking my boarding before I leave, and it was all good. However, when I got to the actual car park, I looked at the flight app again and there it was: flight cancelled. So, I wanted the check and see what the info desk could tell me.”

Apparently, it wasn’t only his flight that got cancelled. “Here I am at the airport now, waiting in a queue for four hours to get some info. I didn’t even get to the front of the queue to ask the questions. They put a telephone number on the board to call.” Christopher tries the number and finally got through after 30 minutes of trying in vain. “The operator told me there was no flight to Zagreb. What about other airports I then asked, Stansted, Luton, even further away like Bristol, Manchester or Liverpool, but still a no … However, the closest was from Edinburgh in Scotland … There was a spot left on a flight from Edinburgh to Frankfurt to Zagreb. My flight coming back to Heathrow was still valid, so I had to find a way to get to Edinburgh, so I decided driving a rental car.” 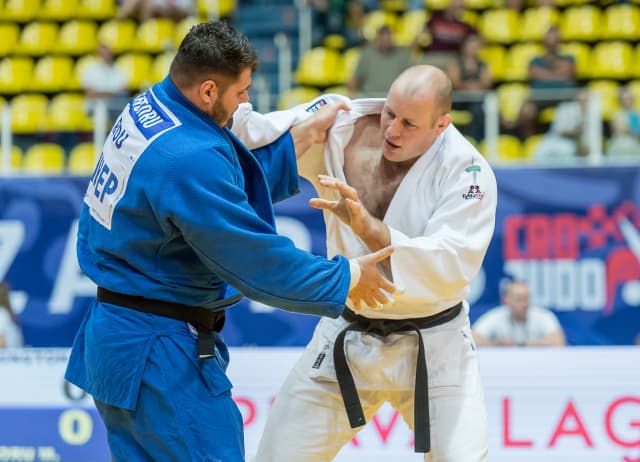 He booked the car, got fueled up and left for a nine-hour drive to the Scottish capital. “I left London around noon and arrived at the hotel in Edinburgh around ten pm and dropped dead in the bed. The advantage was that the next morning I had a stretch, got the foam roller out and tried to prep myself the best I could. Had a good breakfast and then headed relaxed for the airport.”

It was indeed very relaxed until Christopher landed in Frankfurt. “There, I found out my flight to Zagreb was delayed with 45 minutes. Already a day later in Zagreb, I was now going to miss my weigh-in. Can you believe it?” he laughs. “Luckily to pick-up at the airport in Zagreb went smoothly and I got just in time for the weigh-in. It never has been this tight before.” 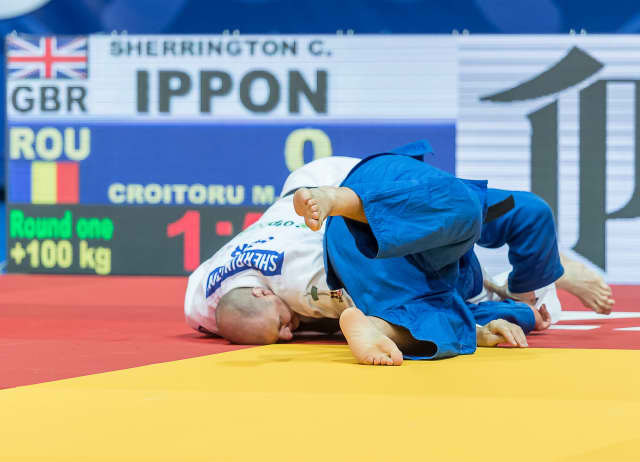 Christopher was on the edge of his seat, but he didn’t let this setback put him off his rhythm. “Being a Royal Marine I’m used to details changing. I’m sure other people would have called it a day finding out they had to drive to Edinburgh. I would even have driven to Zagreb, a 20-hour trip,” he says. He’s got to love judo. “My training as a commando has thought me instead of looking at something as a problem, look for a solution,” the military man proudly says.

After a hiatus of some years, Christopher returned to the World Judo Tour this year. With Zagreb as his third event after Montréal and Budapest. “My fitness has never been an issue, my strength has come back quickly as well since I returned to competition, so the only thing missing right now is getting my whereabouts with the new rules that obviously changed after Rio. The matches are shorter, the shidos come quicker. I just have to adapt my game and I dare say I have adapted a lot over these three Grand Prix.”

Taking the long way to get to Zagreb was not in vain. “Despite all the travel troubles, I got my first win today against Romanian Croitoru. At the next GP I’m looking at two wins, potentially more. Once I get my formula fixed, I know it will come together and I’ll be able to repeat, repeat, because that’s what we do in the marines. We drill the same thing over again. The bout against Korean Kim was good. I was out of my control as Kim had the grip. He knew the grip I wanted. That happens when you train together. Prior to the Olympics I practiced with him at the Olympic Training Center. Thing is, he continued training while I had a break,” Christopher laughs. 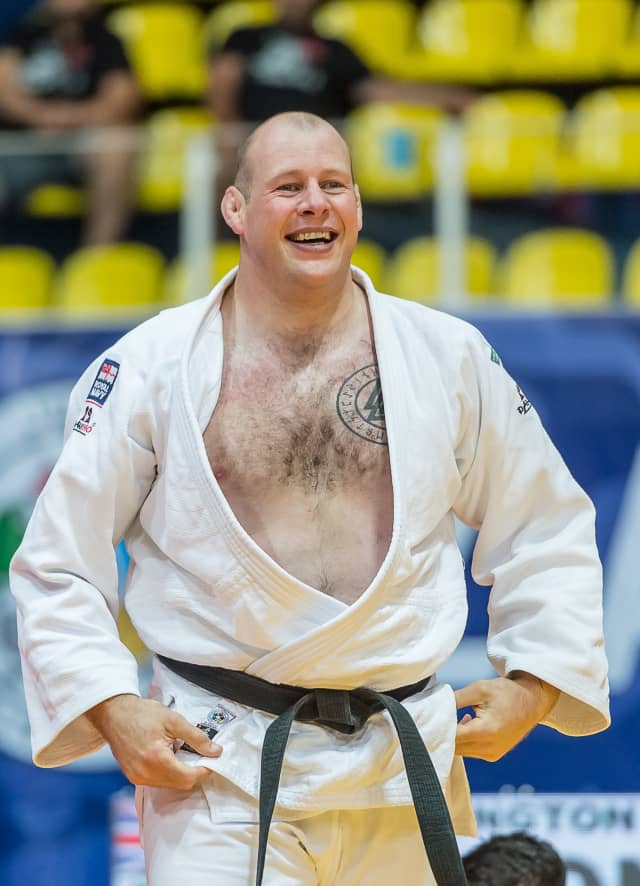 Sherrington indeed has quite a hiatus in his international judo career and only returned this year to international competition. “I retired in 2014. As a Royal Marine Commando, I missed the job at some point, and I needed to get some rank to boost my pension because in four years’ time I will have done a fulltime service. So, I first completed that course and got the rank that goes with it. Then Brazil came along with a wild card for Rio, but three months to prepare were not enough, so I took note of that and did my army course and did a bunch of deployments afterwards. I’ve finished doing all the fun marine stuff. I now got reassigned to another group where the pace is slower, so I started to look around what I wanted to do. As the Olympic Games and the World Championships are so amazing, mind blowing really, and that brought me back to international judo,” explaining the break in his judo career.

He now has to return to his military job since only a medal or a fifth place would have secured him a spot for the Worlds. “Hopefully, I’ll be back on the World Tour for the GP in Tashkent, but first I have to get back home. Pretty curious if my flight back is canceled or not”, the easygoing Brit ends with a laugh.