Written by Marina Mayorova, Christian Pierre on 27. Jul 2019
Share
After Day 2 of competitions at the Grand Prix in Zagreb, IJF Media asked former World Champion and IJF Commentator Loretta Cusack-Doyle to present us with his technical analysis of the day.

Today was both exciting and full of surprises: a mixture of pleasant shocks with unexpected wins from up and coming athletes, and obviously the flip side of this is that there were some disappointments from competitors expected to do better. It was exciting to see some talented displays of judo excellence from lesser known competitors showing some unexpectedly mature, intelligent displays of tactical play. 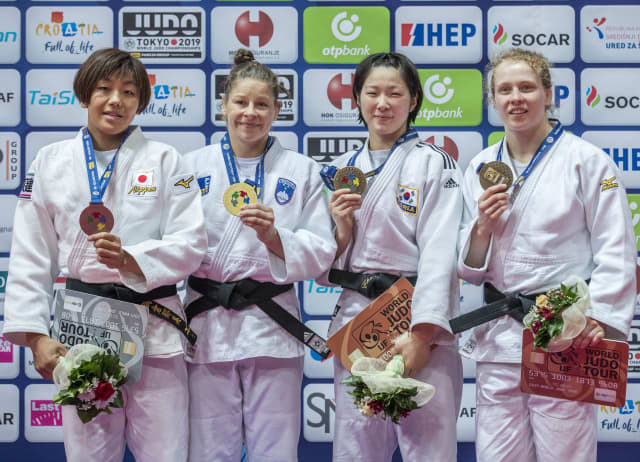 In the under 70 kg women’s division there were thirty-two players who started the day and amongst this mix, some high-quality performers: world class; the top seed Michaela Polleres of Austria and the Olympic Bronze Medallist Sally Conway of Great Britain was number two seed. However, this turned out to be one of the categories where both the top seeds did not progress to the final position. Conway was defeated in the second round by the Pole, Daria Pogorzelic and did not have any answers against this strong Competitor who demonstrated some attractive technical flair. However, Polleres of Austria did manage to claw back a place on the podium at the end of the day by defeating Kelita Zupancic of Canada for the bronze medal, showing remarkable determination and making light work of the match.

In the final a great match between Kim Polling of the Netherlands and Gemma Howell of Great Britain, both athletes battled their way through for a top spot. Howell, as in her last competition in Budapest, showed great strength both mentally and physically and her dominance in competition coming from the strength of her Newaza which was far superior. 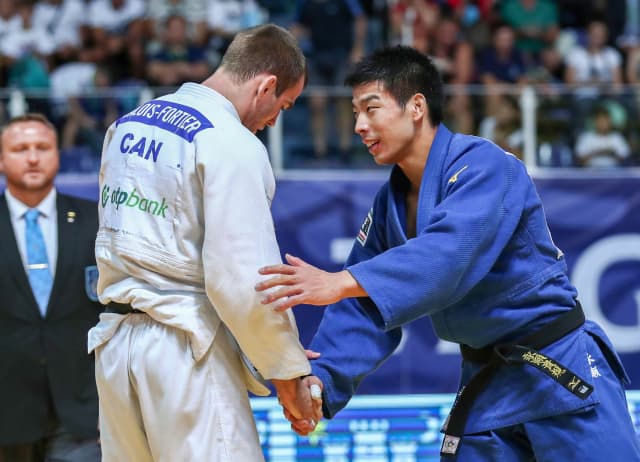 Another major surprise arose in the men’s competitions in the -81 kgs when Saeid Mollaei from Iran, the current World Champion, only managed a third place on the podium. He lost to the Canadian Antoine Valois-Fortier of Canada. Throughout the day there were many hard and physical matches in the men’s categories and this semi-final was one of them. Valois-Fortier showed sheer genius and intelligence in his fighting and came out with structured and planned attack against the highly rated Mollaei, defeating him to earn a place in the final. He then went on to be defeated by Takanori Nagase of Japan for the Gold.

The competition today had plenty of action with lots of Golden Scores, with one of them lasting more than 10 minutes. This proliferation of Golden Scores was indicative of the competitors in the majority of matches struggling to end the match cleanly through poor finishing. My own opinion is that much of this was due to the lack of ability to gain a strong grip and thereafter to maintain the desired grip as a vital component to the success of their intended throw. On a positive note the Newaza was strong and successful throughout the day in many matches. 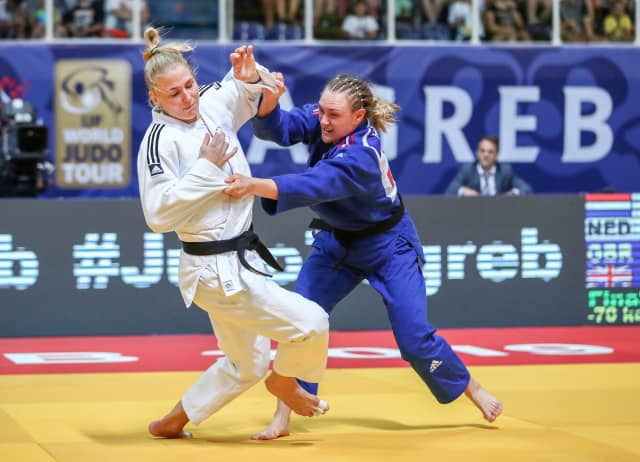 It is understandable, in my view, that with us now approaching the eighth month of the year and with many having competed in a large number of events it is not surprising that we are seeing indications of fatigue and athletes looking tired in their build up towards the World Championships. A well-earned rest will be had by the majority of these athletes as they enter into the last phase of preparation towards the World Championships.

Finally it is worth commenting on the key role played in competitions by the referees and I was delighted to see some very assured, professional and competent refereeing, especially in situations where they could be seen to allow Newaza to continue, and thus creating the opportunity for athletes to complete their mission. This made for very entertaining and enjoyable Judo.”