27. Jul 2021
Photographs by Gabriela Sabau
Share
With the Tokyo 2020 Olympic Games taking all necessary precautions to keep our Olympic and judo families safe, only participants are allowed to attend the sporting events in person. However, what we lack in crowd we make up for in friendship and we were honoured to have many esteemed friends of judo join us during the first half of the competition.

On Day 3, IJF President Marius Vizer, along with countless other IJF Executive members, hosted the President of the International Olympic Committee, Mr Thomas Bach, to witness an historic day for both judo and for the Olympic Games, as Shohei Ono of Japan took his second Olympic title in an epic final against world champion Lasha Shavdatuashvili. 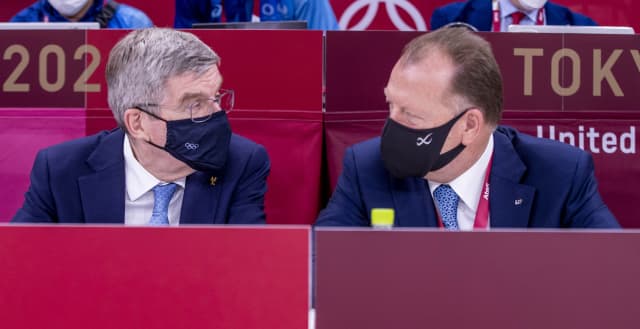 During the preliminary rounds we were honoured by the presence of His Serene Highness the Sovereign Prince ALBERT II, IOC Member and black belt judoka! He looked on as Cedric Bessi of Monaco competed in the -73kg category. 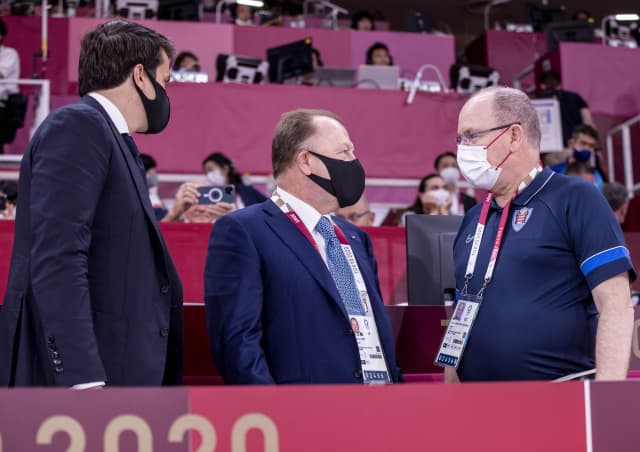 President of the French Republic, Emmanuel Macron, joined the judo family on day 1 of competition, to cheer on the ever-powerful and successful French team. Prime Minister Luvsannamsrai Oyun Erdene of Mongolia witnessed an incredible bronze medal for Mongolia, as three-time Olympian Munkhbat Uratsetseg took home her first Olympic medal. Vjosa Osmani Sadriu, President of the Republic of Kosovo, has also been an eye-witness to key historic moments for her country, as Kosovo won their second and third ever medals in Olympic history! 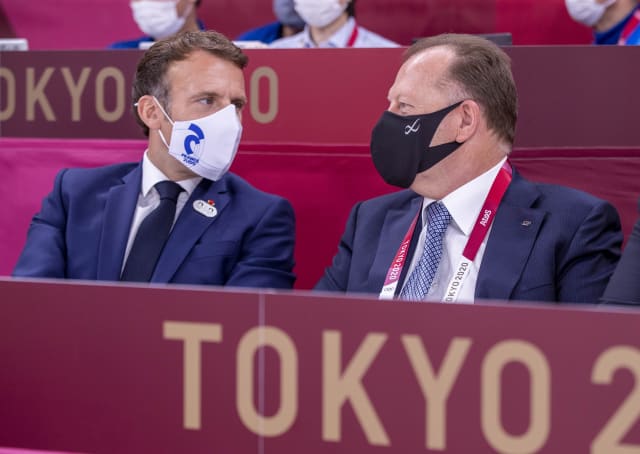 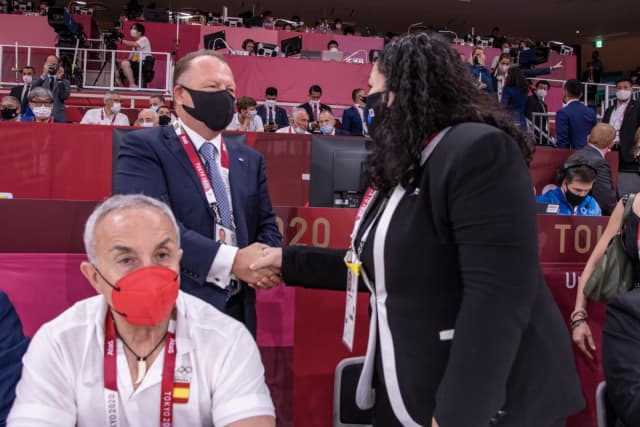 Vjosa Osmani Sadriu (KOS) President of the Republic of Kosovo

International Olympic Committee members from all over the world also gathered in the Nippon Budokan to watch the excitement of judo come home, many of whom presented the medals to the Olympic champions. H.R.H. Prince Feisal Al Hussein I from Jordan, Olympic Champions and IOC Members from Hungary Mr Pal Schmitt and Mr.  Daniel Gyurta, Ms Aicha Garad Ali of Djibouti, Mr Karl Stoss from Austria, all enjoyed the beauty that Olympic judo has to offer. 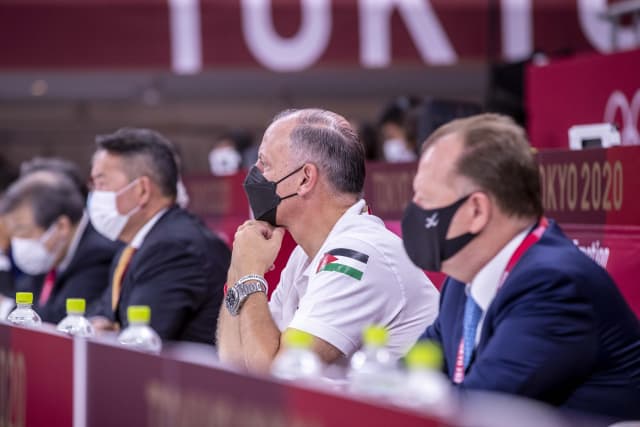 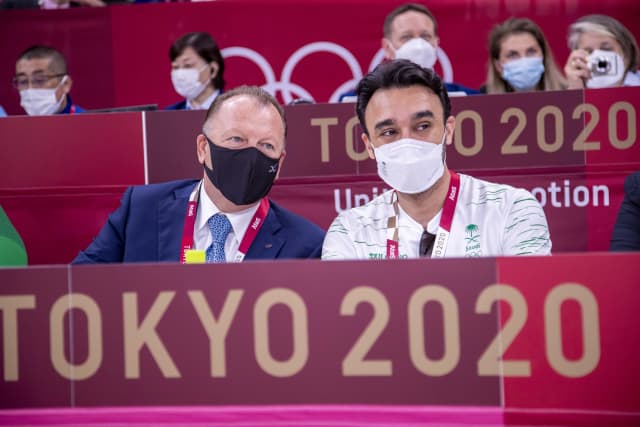 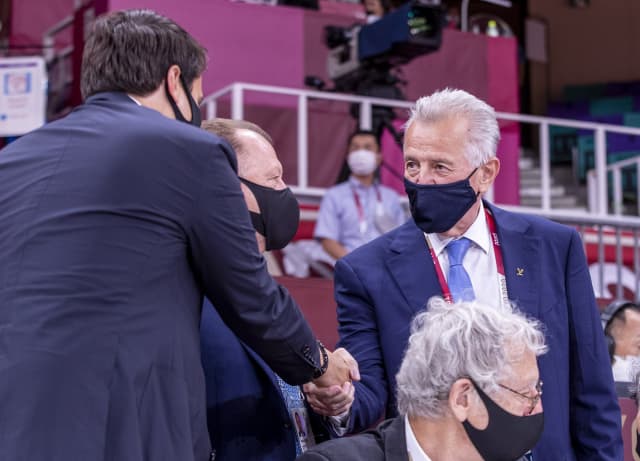 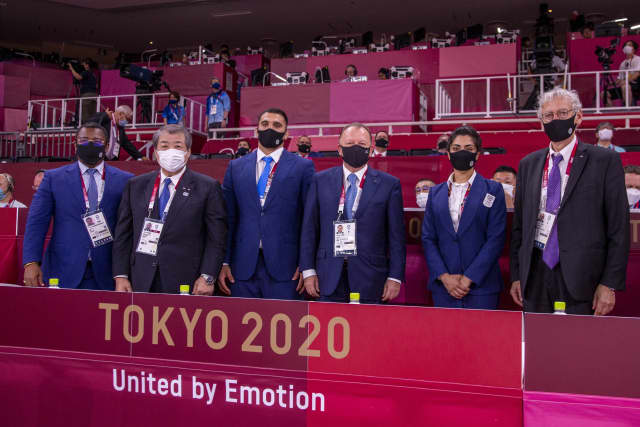 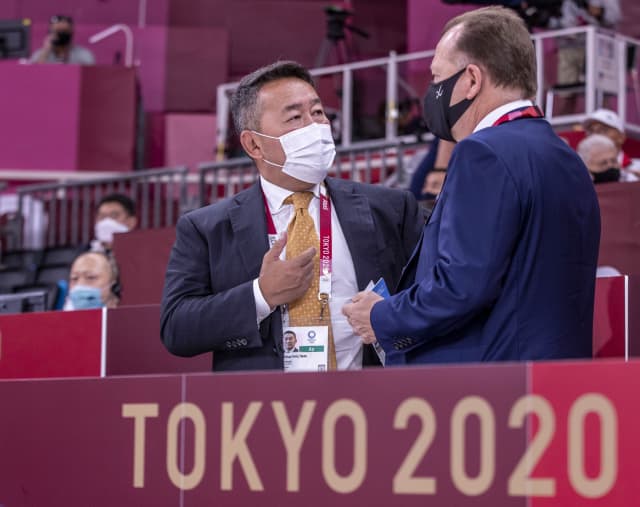 We are grateful to have had the opportunity to share these unforgettable Olympic moments with our friends, and wish them and their countries the best of luck at the remainder of these Olympic Games!

See also
News
The Show Must Go On