GEORGIA TAKES THE LEAD ON DAY 3

By Nicolas Messner on 18. Oct 2019
Share
The third day of the Junior World Championships ended with Georgia taking the lead of the medal table ahead of Japan, with three titles. If the defending Junior World Champion, Lasha BEKAURI (GEO), confirmed that he is the strongest junior in his weight division, Vladimir AKHALKATSI also won gold, showing that their country will continue to play a major role in the judo world in the years to come. 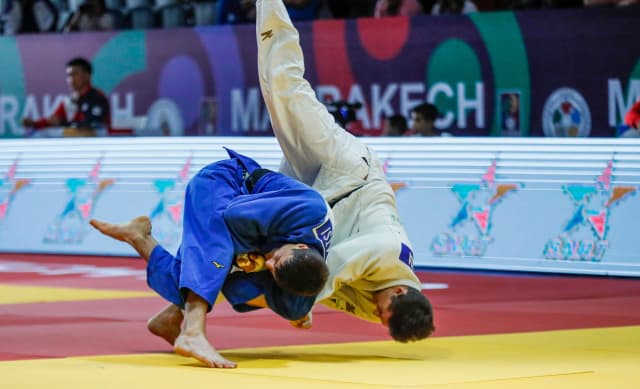 The official opening ceremony of the 2019 Junior World Championships in Marrakech took place in the preamble of the final block of the third day of competition in the presence of the Wali, Mr. Karim Kassi-Lahlou, representing His Majesty the King of Morocco Mohammed VI. It began with a nage-no-kata demonstration of very good quality performed by young Moroccan judoka.

Mohammed Hmimiz, Director of Sports, Ministry of Culture, Youth and Sports and Marius Vizer, IJF President during the opening ceremony

Mr. Mohammed Hmimiz, Director of Sports, Ministry of Culture, Youth and Sports said: "I want to welcome you all here in Marrakech on the occasion of the Junior World Champiosnhips. I want to express my gratitude to Mr. Vizer for his continuous support and to bring many international events in Morocco. It is clear that this World Championship is very important. It allows the best young athletes to confront each other in a friendly and peaceful way and it also allows our Moroccan athletes to meet the best in sport.“ 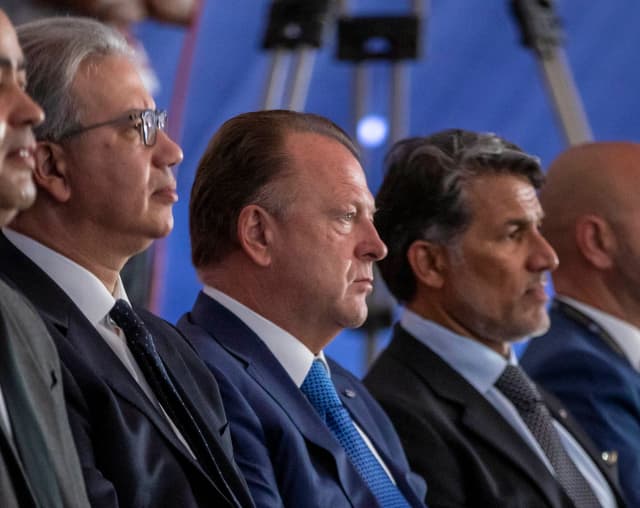 Mr. Marius Vizer, President of the International Judo Federation, declared: "Mr. Governor, Mr. Directeur of Sports of the Ministry of Culture, Youth and Sports, dear judo family from Morocco and from the whole world, dear media and sponsors, dear judoka. This is a great opportunity to organize such an event here in Marrakech. I want to thank His Majesty the King of Morocco Mohammed VI, the Governor and all delegations for taking part in the Junior Worlds. I wish you all a good competition and I declare the 2019 Junior World Championships in Marrakech, Morocco, open.“

ASAHI Mami (JPN) arrived in Marrakech with just a bronze medal at the Leibnitz Junior European Open 2019 on her record. But on the third day of competition at the Junior worlds, she entered the final against the finalist of the last Universiade, Madina TAIMAZOVA (RUS). ASAHI's left-handed uchi-mata seemed to take the lead, even if it failed to score. 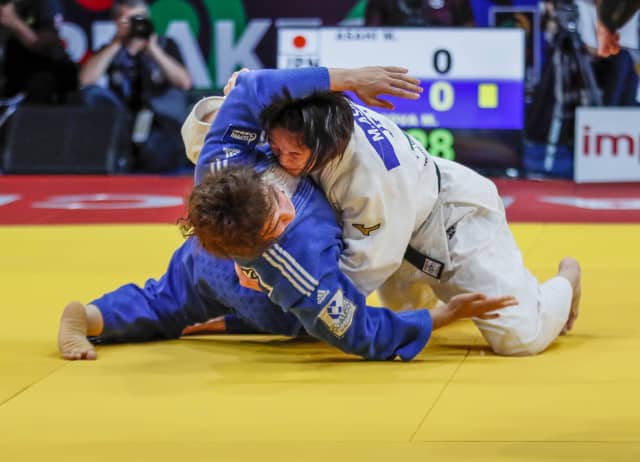 Yet the pressure that the Japanese put on her opponent, little by little was getting more and more effective. On a counter, ASAHI scored a first waza-ari that she continued with an immobilization but she could not control long enough. During the following sequence, ASAHI and TAIMAZOVA engaged in a common uchi-mata that benefited the Japanese who won the second gold medal for her delegation. 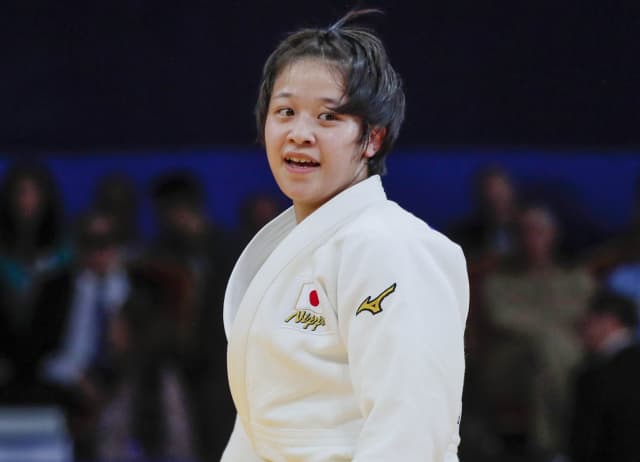 O-uchi-gari's specialist, Mina Agneta RICKEN (GER) was opposed to her compatriot Marlene GALANDI (GER) in the first match for the bronze medal. After a little more than two minutes, the match seemed particularly balanced, knowing that the two athletes perfectly know each other. But then GALANDI scored ippon on an unstoppable action-reaction on tani-otoshi.

In the second match for a place on the podium, Morgane EREOL (FRA) confirmed the good health of women's judo in France by qualifying against the representative of the rising nation in women, Mariam TCHANTURIA of Georgia. The French quickly took the lead scoring a first waza-ari. Exhausted after a long day of competition in the heat of Morocco, the French had all the trouble in the world to keep her advantage, but she managed in extremis to win the second medal of the French delegation in Marrakech. 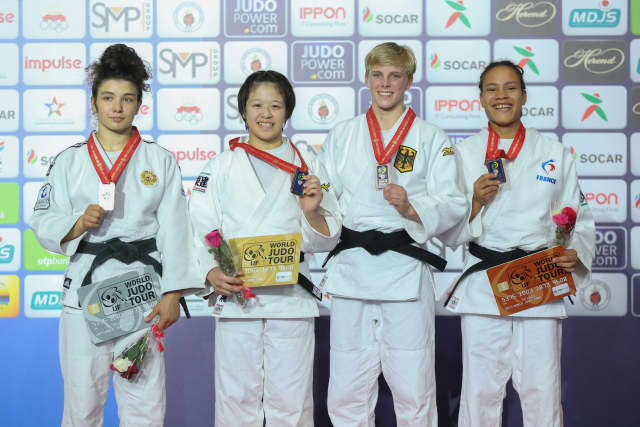 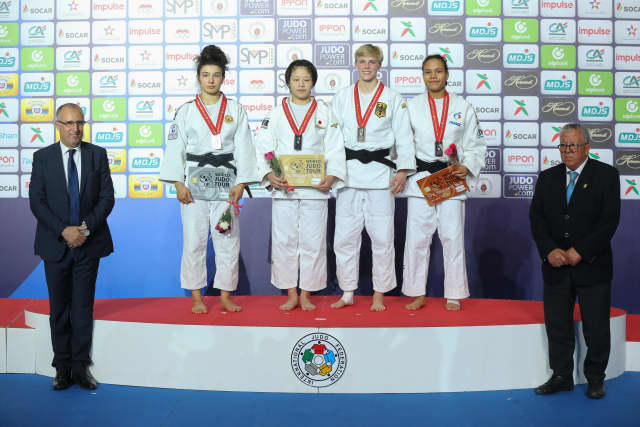 If the Georgian women's team was honored on the second day of competition, the boys did not remain inactive by qualifying two athletes for the finals, one in -81kg and the other in -90kg. In -81kg, it is the European junior silver medalist, AKHALKATSI, Vladimir (GEO), who got his ticket for the highest step on the podium against the Russian David KARAPETYAN, winner of the Coimbra Junior European Cup on March 16th. 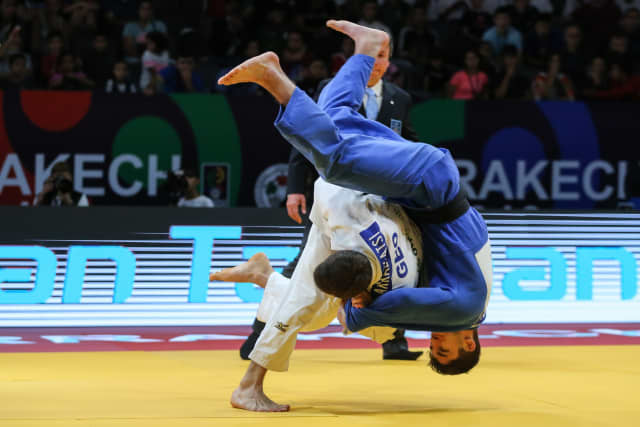 After a little more than a minute, AKHALKATSI took a serious advantage by putting a waza-ari on the counter, before concluding a few seconds later, on a standing sode-tsuri-komi-goshi of great beauty. 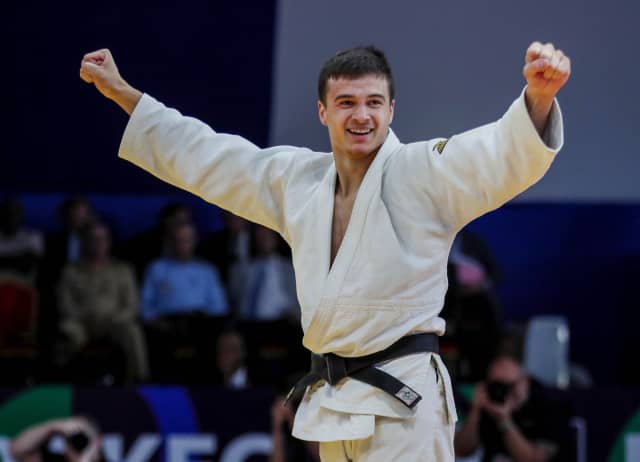 The other Georgian also qualified for the bronze medal match, in which Tato GRIGALASHVILI (GEO) was against the Azeri, Murad FATIYEV. After a start of the match in which the two athletes watched each other for a long time and were penalized several times, it was Tato GRIGALASHVILI who scored first on a redoubled kata-guruma attack for a smooth ippon.

The Italian delegation was expecting a lot from Giacomo GAMBA, the son of Olympic Champion and now head coach of the Russian team, Ezio Gamba. Unfortunately the young man, ill, could not appear on the tatami. The Italian team was nevertheless present in the final block thanks to Kenny Komi BEDEL who was opposed to Guilherme SCHIMIDT (BRA) to get on the podium. The match began at a faster pace than the previous one. The first action, on de-ashi-barai, was executed by SCHIMIDT, but outside the competition area and especially after the 'mate' of the referee, it was not counted. As the last seconds approached, the Italian had already been penalized twice, leaving him no other chance than to score in the golden score. The Brazilian was penalized for the first time. Exhausted, the two athletes were looking for the slightest breath to recover. Finally, Guilherme SCHIMIDT scored a magnificent ippon on arai-goshi to win the bronze. 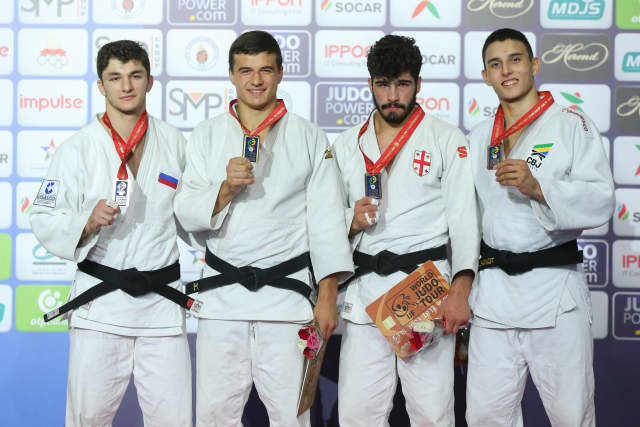 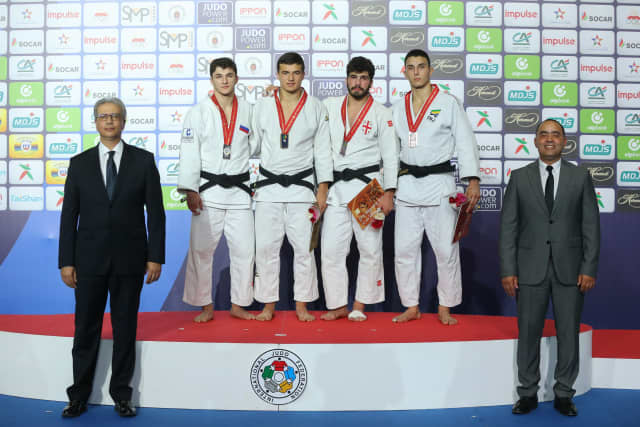 The final match of the day was between the other Georgian finalist of the day Lasha BEKAURI and the Hungarian GOZ Roland, finalist of the last European Junior Championships, nothing more than the remake of the European final that took place a few weeks ago. Lasha BEKAURI is already a regular at major international events, as he was the reigning Junior World Champion and won the Cadet world title two years ago. 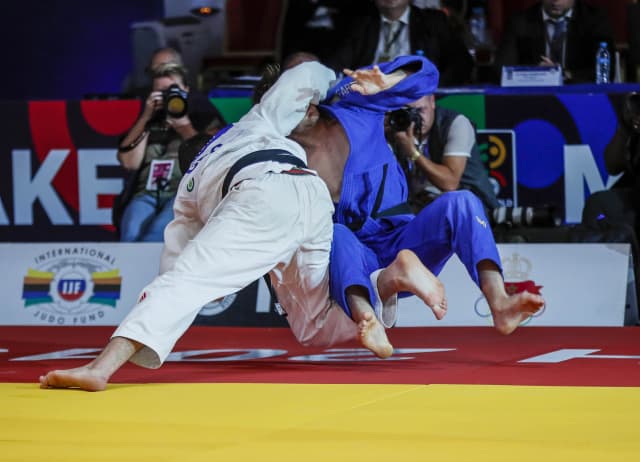 The confrontation between the two athletes began under the sign of dynamism and speed. The Kumikata sequences were particularly accurate despite the execution speed. After the first round of observation, the big favorite, BEKAURI, scored a magnificent ippon on o-soto-gari, having very intelligently surpassed GOZ' attack. With this gold BEKAURI puts Georgia at the top of the ranking nations. This is probably not the last time we hear about him. 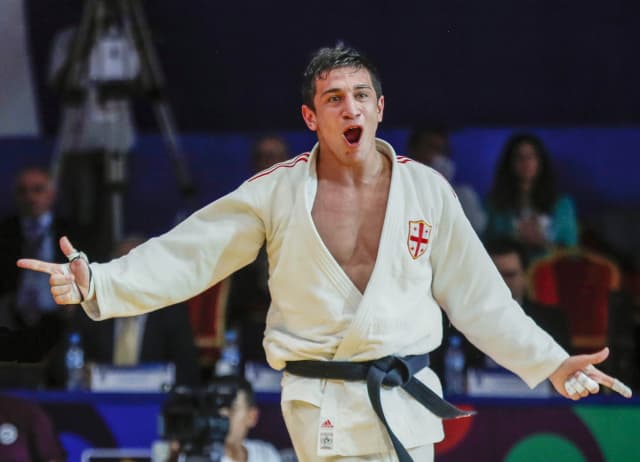 Toni MILETIC (BIH), bronze medallist of the 2015 Cadets World Championships, and Gennaro PIRELLI (ITA) faced in the first bronze medal contest. After a few seconds MILETIC received a first shido for having stepped out of the competition area and received his second warning a little later for passivity. As the end of the match approached, it was the time of the golden score and it only took a few seconds for MILETIC to receive a third penalty, giving the victory to the Italian Gennaro PIRELLI.

The second bronze medal match saw Louis MAI (GER), fifth at the last European Championships, facing the winner of the last Asian-Pacific Championships, MASHIYAMA Kosuke (JPN). The least we can say is that the scenario was incredible. Totally dominated, penalized twice for passivity, under the constant pressure of MASHIYAMA, who was relentlessly attacking, MAI was moving slowly but surely to the foot of the podium. But this is the magic of judo, with one single attack, on a lightning kata-guruma, the German scored an ippon that he will remember for ever. Congratulations. 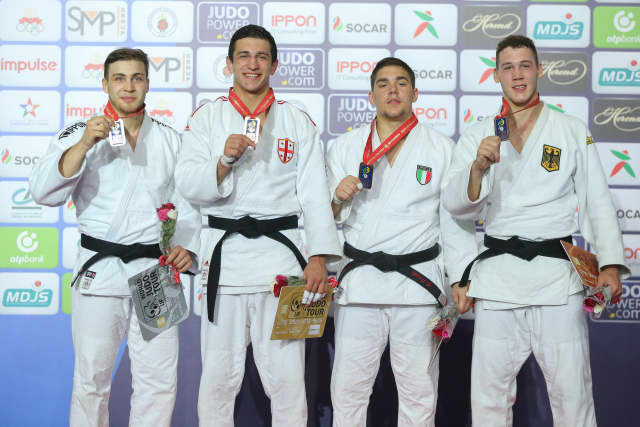 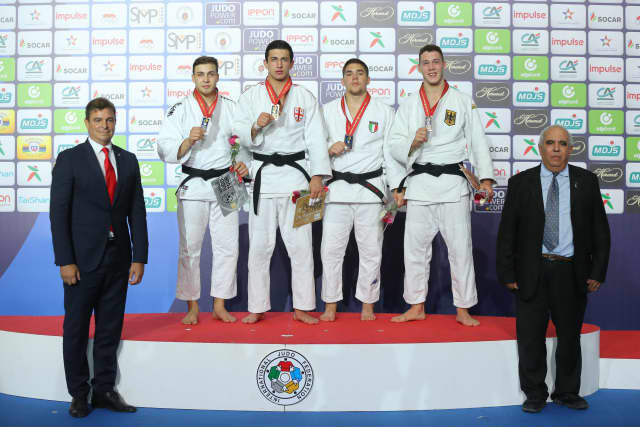 Judo culture
The Belt: Myth and Reality of an Essential Symbol

A Year On
Remembering Craig Fallon

YOU BUY, THEY DONATE
IPPON GEAR fights Against Covid-19